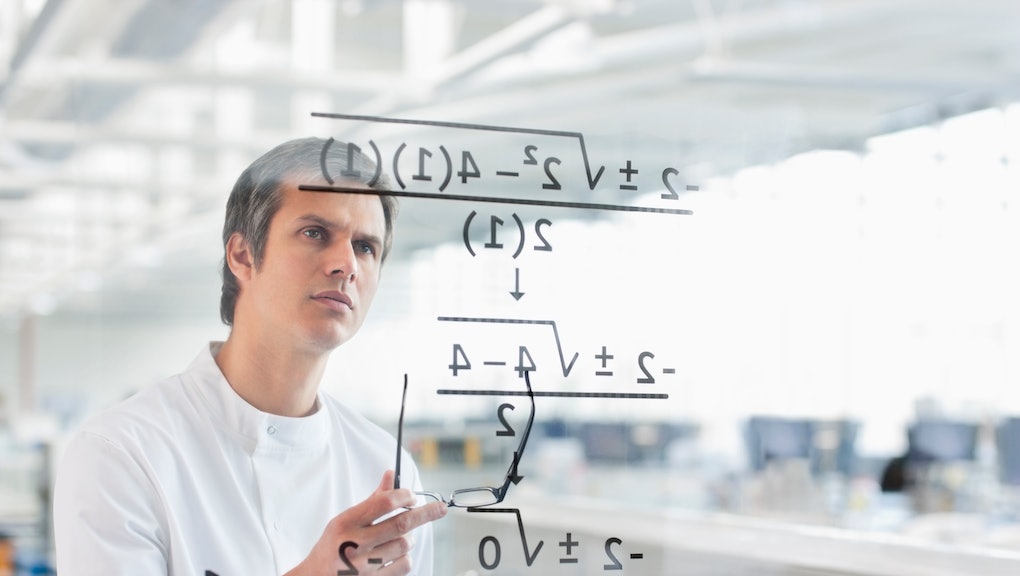 Sorry, teens. It looks like the best job in America is one you probably won't like very much: being a mathematician.

But you might want to reconsider. Jobs site CareerCast crunched some numbers and found that with a median U.S. Bureau of Labor Statistics-estimated salary of $101,360 and expected 23% growth in the field by 2022, "careers in mathematics are diverse and rewarding."

It seems that whether you're teaching quantitative methods, developing cutting-edge cryptography methods for the NSA or analyzing trends in air traffic control or marketing, mathematicians are both in demand and pretty happy with their jobs (CareerCast rated mathematician a "job score" of 63, where lower scores are better. For comparison, the worst rated job of 2014, lumberjack, earned a score of 739).

That's good news for the mathematically inclined amongst us, but probably not what American teenagers want to hear. In addition to finding math "icky" (anecdotally), the Program for International Student Assessment has found that American students also just can't do it very well. The U.S. ranked 30th on a test of 15-year-olds from 65 developed countries in reading and science, trailing advanced countries such as Japan and South Korea as well as many nations in Europe including Ireland and Poland. Among Organisation for Economic Co-operation and Development (OECD) countries, TIME points out we're even worse.

"Explanations for the relatively weak performance of the United States include failings in initial schooling, lack of improvement in educational attainment over time, and poor skills in some subpopulations," an OECD skills study says. That might explain why only two OECD nations — Italy and Spain — do worse than American students.

At least there is a silver lining, albeit a slim one. U.S. students score slightly above average on a complete PISA assessment of problem-solving skills despite their stagnant scores in math, science, and language — 18th out of 44 countries at 508 on the 1,000-point scale.

But not all STEM careers are created equal. The Daily Beast recently published a rather upsetting report on America's doctors, who are increasingly overworked and underappreciated. Some 300 physicians are projected to take their own lives before the end of the year, while nine of 10 doctors say they'd discourage someone else from entering the profession. The doctor-patient relationship is being threatened by "assembly-line" medicine, and much of their role as a care provider is being replaced by other members of the medical community like physicians' assistants and technical specialists who can provide excellent care (and who by all indications are doing quite well themselves).

Based on these two reports, it's somewhat striking that a profession so revered and respected (doctors) is actually not nearly as glamorous and comfortable as many believe, whereas a seemingly boring and lame profession (mathematician) is actually brimming with opportunity and career growth. Not really what most kids expect when they're planning their futures.

So, to reiterate: doctors bad, math good. No data on whether astronauts report high levels of career satisfaction yet.