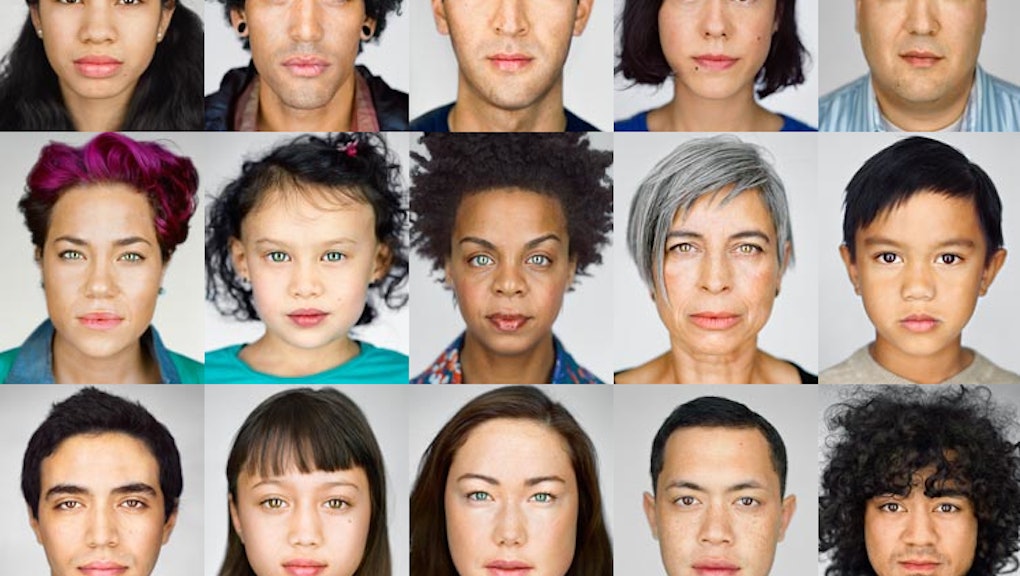 What Will America Look Like in 2060? 9 Bold Predictions About Our Future

The news: The United States has always been a nation in flux, but rarely has it seen the volume of game-changing shifts it will experience between now and 2060.

Some changes are apparent already — the racial makeup, political preferences and tech savvy of today's youth have had pundits wringing their hands over America's future for years. Yet until last week, few had condensed the relevant data into an easily digested stream of information.

Enter the Pew Research Center. In a new report titled "The Next America," the think tank poured decades of demographic research into an eye-opening multimedia project that takes current patterns and predicts their long-term impact over the next five decades. The result is a simple but fascinating look at the America of tomorrow.

According to the study, here are nine trends that will inevitably define our nation's future — for better or for worse:

1. What happened to all the white people?

2043 has widely been cited as the "year of the white minority."

According to this chart, that's when our Caucasian population will dip below 50% and be overtaken by the combined number of Asians, blacks, Hispanics and other minorities. By 2060, whites will make up just 43% percent of Americans, a staggering 42% drop since 1960. Hispanics, on the other hand, are projected to nearly double their numbers, from 16% today to 31% in 2060.

This could radically reconceptualize issues of representation and power. Areas like government, media and higher education are currently controlled by whites, but as their numbers wane, so will their dominance. Will current racial inequalities subside as a result? Only time will tell.

A major factor fuelling this shift is the growing rate of intermarriage. Assuming these couples reproduce, Pew asks whether our current racial categories will even "still make sense" in 35 years.

Writer Lise Funderburg suggests that previously unheard of identities — like "Blackanese," "Filatino" and "Korgentinian" — might be commonplace in a matter of years. How this impacts the U.S. census alone will be worth the price of admission. The implications will be fascinating to observe.

After a long decline between 1910 and 1980, the number of first- and second-generation immigrants is now skyrocketing. By 2050, they will make up a combined 36.9% of the population, exceeding the 20th century high of 34.7%. Will this alter how we define ourselves as "Americans"? How will border policy fluctuate as a result — or even as resistance?

Regardless, one thing is certain: "We've always been a nation of settlers and immigrants," Paul Taylor writes. And according to the data, this won't be changing anytime soon.

Pew emphasizes America's age distribution patterns as something specific to watch out for. People are leading longer lives than ever before, resulting in a much more even spread of young and old.

Case in point is the graphic above: In previous generations, that "age pyramid" looked like a triangle, with population numbers thinning the older people got. Not so today. At the current rate, there will be almost as many people over 85 as children under 5 by 2050.

The over-85s will overwhelmingly consist of Baby Boomers. More on that in a minute.

5. Fight of the century?

The result is a widely perceived inter-generational conflict, with more than one-quarter of Americans believing the political and ideological battles between young and old are some of our most pronounced.

A major point of contention is the cost of programs for seniors, which will soon eclipse 50% of the national budget and potentially detract from funds spent on education, research and infrastructure — all of which would overwhelmingly impact Millennials and their children. With population numbers evening out across generations, these differences are predicted to grow increasingly fraught.

The following are some of the main battlegrounds where they'll be hashed out.

From views on same-sex marriage to advocacy for marijuana legalization, Millennials have consistently proven more politically liberal and amenable to "activist government" than older generations. The same holds true with foreign policy, an understandable sentiment considering our coming of age amidst the wars in Iraq and Afghanistan.

But the starkest difference is perhaps the most expected: About 68% of Millennials "favor allowing gays and lesbians to marry, versus 48% of Baby Boomers" and 38% of the Silent Generation (born 1928-1945). If you need further proof, just look at the number of states that have legalized same-sex marriage since we became active in the political process.

There's nothing to indicate this pattern will shift anytime soon.

How this holds for future elections is yet to be seen. But it's increasingly clear that conservative politicians have their work cut out securing our votes.

Today, a record 20% of Americans claim no religious affiliation.

The starkest divide is along age lines, with almost 30% of Millennials identifying as unaffiliated versus 16% of Boomers and 9% of Silents. Generation X-ers fall around the national average, suggesting that religion — and the ideological baggage that comes with it — may be witnessing a decline. Also notable is the expansion of atheism and agnosticism, which 3 of 10 unaffiliated Millennials identify as subscribing to.

And what would a list outlining the differences between old and young be without mentioning technology? Millennials have often been called "digital natives," the first generation to grow up under the (hopefully) benevolent gaze of the Internet. Our primary mode of communication is social networking and, as a bonus statistic, we average 250 Facebook friends, which seems a conservative estimate.

That older generations exhibit lower degrees of tech savvy only contributes to our ideological and communication differences. How can we "talk it out" if we're on the Internet while they're still jabbing at landline dials with applesauce-coated fingers?

Time will tell how this plays out, but according to Pew, the sea looks choppy.

So what do we have to look forward to? To hear the study tell it: Racial diversity, high rates of intermarriage, more immigrants, left-leaning politics and an impending battle between young and old that could radically impact whether we choose to take care of our parents or ship them to cheap retirement homes. Hopefully we reconcile our differences before things get really ugly.

Either way, it's a fascinating and exciting future to ponder. And with the benefit of the Pew Center's research, we should now be significantly better equipped to prepare for it.