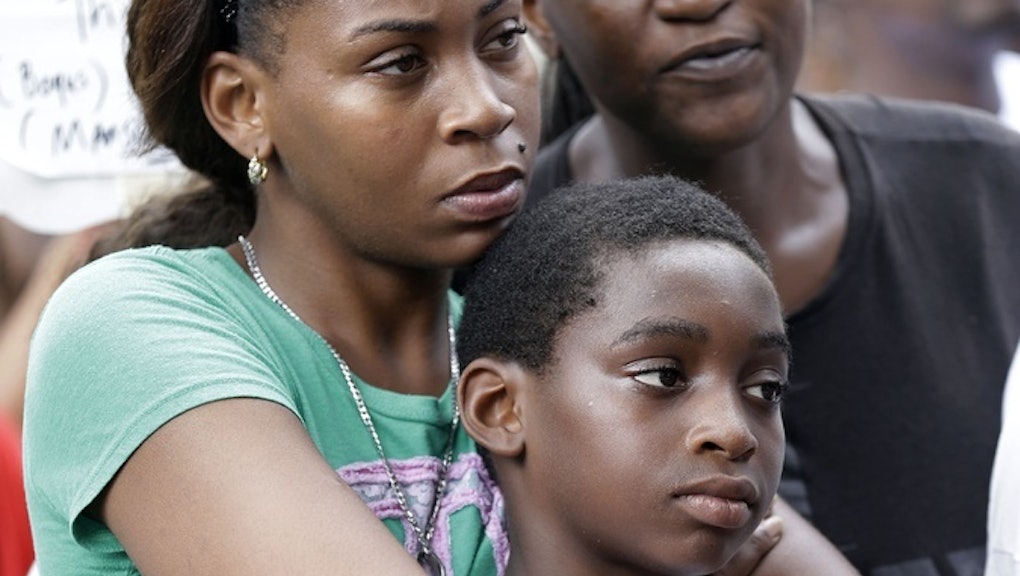 This Is the Worst State in America for Black Children

Black families pondering a move to the Midwest might want to read this, especially if they have young children. According to a national report, Wisconsin has been ranked the worst state in the country when it comes to racial disparities for children.

The Annie E. Casey Foundation, a 66-year-old charitable organization concentrating on family issues and well-being, spearheaded the study. "Race for Results: Building a Path to Opportunity for All Children" scored states according to 12 different factors, from educational access to socioeconomic status and home life.

Wisconsin scored a 238 on its ability to prepare black children for educational and financial success, the lowest of all states (the average score was 345). Interestingly, Wisconsin was ranked 10th overall in its preparation for white children.

Economically, the Casey report notes an immense difference in the the levels of economic security of children of different races in the state. While 70% of white children live in households above 200% of the poverty level ($47,700 for a family of four), only 20% of black children live in similar households.

The implications of such disparities cannot be understated.

"Research has shown that growing up in chronic poverty contributes directly to stress at a level that can affect children's health, brain development and social and emotional well-being — a response known as 'toxic stress," notes the report.

Meanwhile, the gap between black children and other races continues to widen at all levels of education. While in middle school, white kids in Wisconsin are six times more likely to do well in 8th grade math than black students. The percentage of African-American high school kids not graduating on time also far exceeds other races. White children are nearly nine times more likely to graduate than their black high school peers in the state.

As the kids move to higher education, white adults in the 25 to 29 age bracket are three times more likely to have an associate's degree or higher than African-American or Latino students in Wisconsin.

The Casey Foundation reports are backed by other data as well. Recently, the Wisconsin Council on Children and Families' (WCCF) "Race to Equity" report identified the same sort of racial divide in liberal Dane County, one of the state's wealthiest counties.

While the news is disheartening, advocates note that the problem has been going on for a while; the WCCF told the Capital Times that Wisconsin has been failing its minority residents for decades. In fact, a WCCF study back in the 1980s showed that at the time, 60% of black children younger than 5 existed below the poverty line.

"It's not a new issue … but that doesn't make it any less important," WCCF communications director Bob Jacobson said.