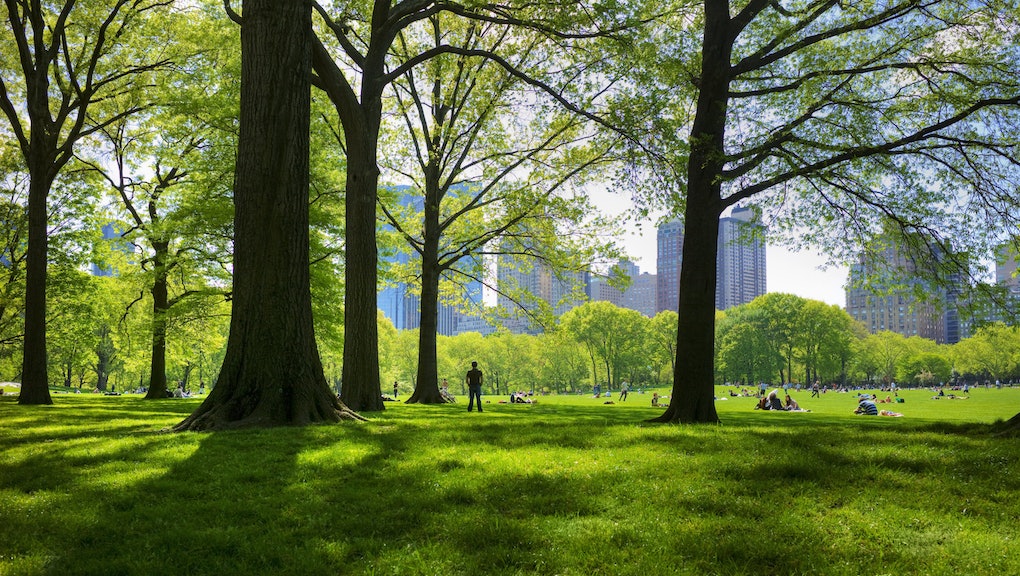 Looking for a new apartment in the city? It might be a good idea to find a neighborhood with some greenery.

A new study by the University of Wisconsin surveyed 2,500 Wisconsin residents from 229 neighborhoods to gauge their mental happiness. According to the researchers, the correlation they found between mental health and the amount of vegetation in a neighborhood was "striking."

"Higher levels of green space were associated with lower symptoms of anxiety, depression and stress," said Kristen Malecki, an assistant professor at the UW School of Medicine.

Controlling for factors such as race, age, income level, education, marital status and employment, the researchers found that people from all segments of the society were generally happier in a green neighborhood, while those who lived with less than 10% tree canopy were more likely to report symptoms of stress, depression and anxiety.

A greener, healthier life. Though the researchers found the association between mental health and vegetation to be "significant and sizable," they also wanted to see what the impact would be if someone moved from a non-green neighborhood to one with more trees. Among those who did so, the Wisconsin researchers found noticeably decreased symptoms of mental stress.

"The most interesting thing is that decreased symptoms attributed to green space were similar to decreases observed for other important determinants of mental health, including insurance status and income," said Kirsten Beyer, another assistant professor at the UW School of Medicine.

It's pretty easy being green. The Wisconsin researchers believe that this study gives credence to the "attention restoration theory," which claims that increased time spent nature helps to reduce mental fatigue and increase the ability to concentrate. This is important to keep in mind as more and more young people move into urban spaces, unlike the previous generation that fled to the suburbs. As America's metropolises grow larger, its residents may need green spaces more than ever.

Though the study's authors agree that more research needs to be done into how exactly green spaces affect mental health, they believe that due to the strong correlation they discovered, "'greening' could be considered a potentially low-cost, high-return investment among urban and regional planners to positively influence population mental health."

"The greening of neighborhoods could be a simple solution to reducing stress," said Malecki. "If you want to feel better, go outside."