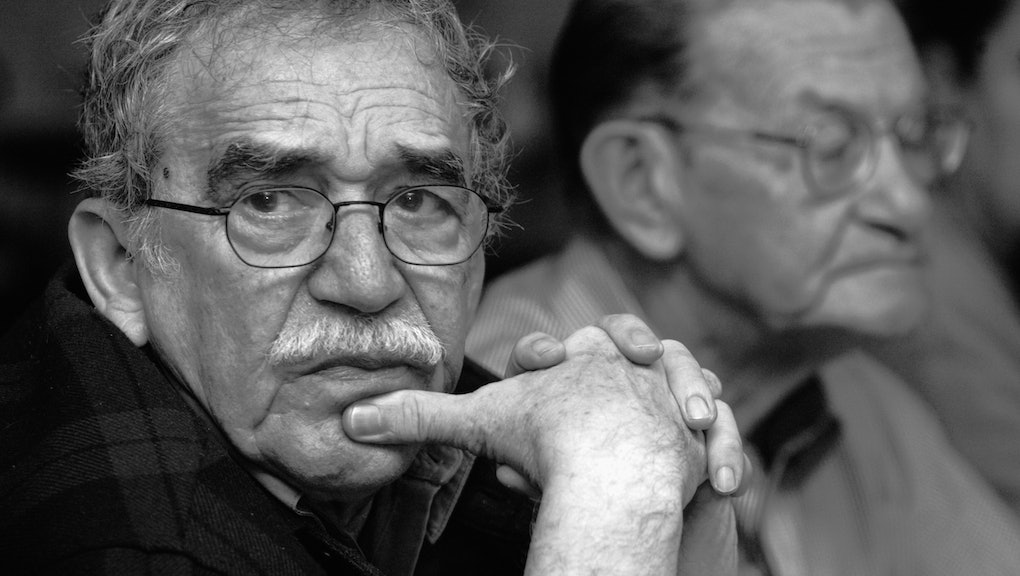 The world lost a literary giant Thursday when Colombian novelist and Nobel laureate Gabriel García Márquez died at 87 in Mexico City. We've marveled over his works for years: Among his many gifts to us were Love in the Time of Cholera, One Hundred Years of Solitude and the entire genre of magical realism. But Márquez wasn't just a gifted wordsmith and excellent human being — he had a political side that once brought down a corporate kingdom.

Márquez's day job, before he supernovaed onto the literary scene, was journalism, and he studied law before that. As a teenager living in Bogotá, he witnessed La Violencia, a period of civil strife in Colombia during the late '40s and early '50s. These contributed to a political awareness and a lifelong sympathy for leftist causes, but it was through art that Márquez made his biggest waves.

Growing up in Aracataca, which is on the Caribbean coast, the young Márquez saw firsthand what it was like to grow up in a company town owned by Americans. The United Fruit Co. was once a corporation so vast it birthed the term "banana republic." Its monopoly on whole regions of Central and South America and the West Indies, combined with "a Yankee concern" to tame the jungle, powered colonial policies and attitudes where it established itself.

The lack of concern for workers' conditions and the insistence on maximizing profits planted some powerful seeds in Márquez, seeds that would eventually become his blockbuster breakout novel, One Hundred Years of Solitude. Márquez's portrayal of the events and mindsets leading up to the banana massacre in the fictional utopic town of Macondo rang a little too true for readers familiar with United Fruit and its practices. Sales began to falter, and in the 1970s United Fruit, once a virtual country all its own, had pulled out of South America and rebranded itself — as Chiquita Brands International.

Chiquita is still the largest banana producer in the world, but a novel by a man who saw their true face brought them to their knees.