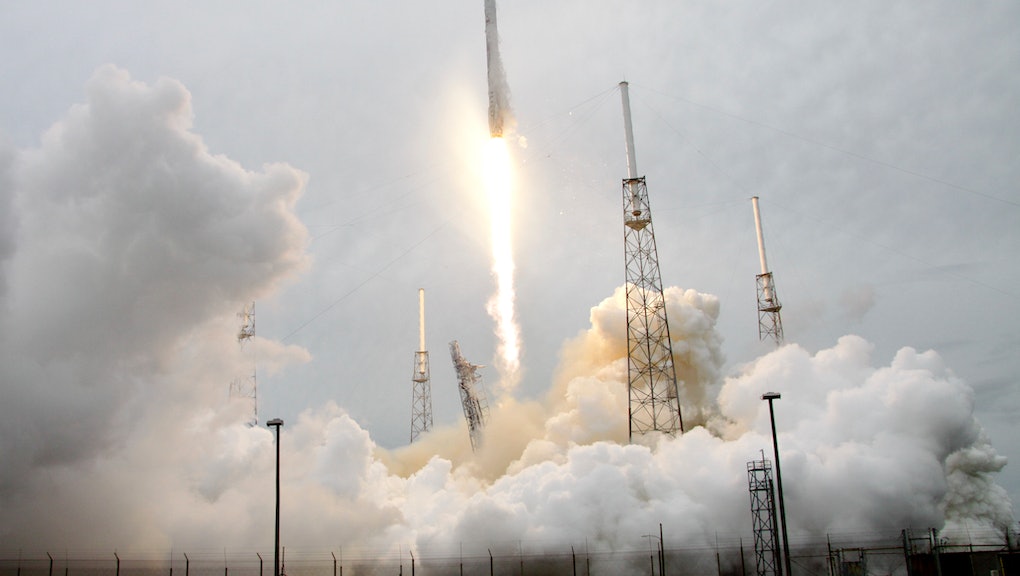 The U.S. Just Gave Russia $457.9 Million to Do a Job an American Company Could Have Done

Psst — don't tell anyone, but Russia is getting $457.9 million from the United States despite ongoing sanctions.

Even though NASA has cut some ties to Putin after sovereignty-defying Russia decided to illegally annex Crimea in a blatant invasion, the agency is about to hand over nearly half a billion dollars for international cooperation on the space program. The Washington Post reports that NASA recently renewed a contract with Russia to shuttle astronauts to the International Space Station, including six seats on a Soyuz spacecraft, training and launch preparations, landing and crew rescue and even some limited cargo space. It also ups the budget for support personnel and the like at Russia's launch site.

Tit for tat: But before flag-waving senators get up in arms about NASA's huge cash transfer to America's number one geopolitical rival, know that the U.S. space program relies heavily on Russian logistical support to run its day-to-day operations. For one, NASA doesn't have any space shuttles since retiring them after 30 years of service. NASA hasn't developed a next-generation takeoff and re-entry vehicle yet, and Russia's Soyuz spacecrafts are the sole options ready for business. It charges a staggering $71 million per seat to get someone into space and on board the ISS.

And finally, yes, there's something to be said for not sabotaging science for the sake of geopolitical battles. But NASA is still not very happy about the current arrangement. The agency's associate administrator David Weaver called out Congress for shortchanging NASA's budget, essentially forcing them to whip out their money for the Russians.

"NASA is hopeful Congress will approve the president's budget request for next year so that we can launch our astronauts from U.S. soil and no longer be required to make additional purchases from the Russians," he says.

Other options? By America's even considering excluding Russia from world financial markets (as it does to Iran), finding an alternate arrangement for NASA is quickly becoming a priority. Despite the thrilling headlines surrounding SpaceX's third launch of a Dragon cargo ship to the ISS, neither they or fellow contractor Orbital Sciences will be ready for full-scale operations until approximately 2017 thanks to budget battles in D.C.

That said, those partnerships are the best way to ensure that the future of space exploration is built in America. Not only is our stellar neighborhood ripe for long-term commercialization, the countries that are best able to prepare the private sector for the challenges of spaceflight will dominate the industry. Incubating an early American start in the looming commercial space race will be critical to ensuring U.S. leadership in technological development in the decades ahead. And in an era when NASA is constantly feeling budgetary pressure from D.C., private companies are pulling ahead. SpaceX, for example, hopes to make re-usable rockets a reality in the near future. Bigelow Airspace is developing inflatable habitats that will soon attach to the ISS and one day (if you listen to the dreamers) adorn the moon. As the Washington Post put it, "New Space companies need NASA contracts, and NASA needs New Space companies to pick up the agency's slack."