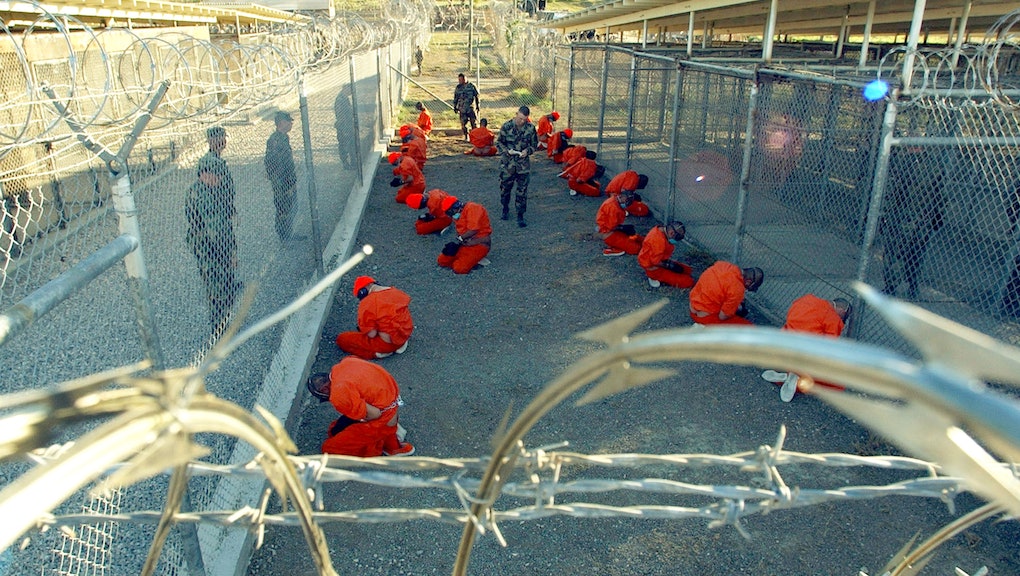 The Real Results of CIA Torture Tactics, According to a Former Operative

The news: The retired Air Force psychologist widely believed to be the architect of the CIA's "enhanced interrogation" program broke seven years of silence to argue that the recent Senate report alleging the CIA broke the law is wrong.

James Mitchell — who the Guardian notes likely personally water-boarded Khalid Sheikh Mohammed, who's believed to be one of the main architects behind the 9/11 terrorist attacks — says he is "highly skeptical" of the recently released 6,600-page, $40 million report commissioned by the Senate Select Committee on Intelligence. A summary released by McClatchy News argues that the CIA used interrogation methods far more brutal than anything cleared by the Department of Justice or the White House. It also says the CIA attempted to prevent civilians from exercising oversight authority, thereby providing flawed information to the DOJ.

In the face of the damning insight into the CIA program, though, Mitchell is unrepentant.

"I'm skeptical about the Senate report, because I do not believe that every analyst whose jobs and promotions depended upon it, who were professional intelligence experts, all them lied to protect a program? All of them were wrong? All of these [CIA] directors were wrong? All of the people who were using the intel to go get people were wrong? And 10 years later a Senate staffer was able to put it together and finally there's clarity? I am just highly skeptical that that's the truth."

His side: Mitchell also claimed that the techniques he developed for the CIA produced results, and said critics ignore the context he was operating under.

"The big fear was some sort of a radiological device ... It's really easy, 13 years later, when there's been no device, when all those people who were trying to build them were either killed or captured ... to come along later and say 'I could have done it better, this stuff was illegal.' It was not illegal based on the law at the time."

But it's looking increasingly like Mitchell and other members of the intelligence community linked to the enhanced interrogation program are now trying to cover their asses.

The report: Although the report has not been leaked in full, Rolling Stone summarized some of what's been released in March and found a horror story, including the revelation that distrust between the Congressional staff and CIA personnel was so high that a critical document called the "Panetta Review" was removed from a shared location and locked in a Senate safe. CIA personnel also apparently broke into the committee's computer network without permission, trying to figure out what civilians had found out. This is all starting to sounds like something out of the Bourne Identity.

Other shocking findings include a confirmation of Guantanamo Bay's use as a CIA "black site," that the UK cooperated in torture, that the CIA released 10 low-level captives to foreign countries that are "presumed dead" and that the CIA lied about the number of people being held in black sites. Apparently, some 26 people were seized by the CIA and subjected to enhanced interrogation despite not meeting the legal standard for detention.

In short, the report comes up just short of saying outright that the CIA tortured people and then lied about it. Committee chair Sen. Dianne Feinstein (D-Calif.) says that the investigation "exposes brutality that stands in stark contrast to our values as a nation," adding it "chronicles a stain on our history that must never again be allowed to happen."

"The techniques included waterboarding, which produces a sensation of drowning, stress positions, sleep deprivation for up to 11 days at a time, confinement in a cramped box, slaps and slamming detainees into walls," McClatchy reports. The agency also quoted a former U.S. official familiar with the program as saying that the CIA's defense of the program is "BS ... They are trying to minimize the damage. They are trying to say it was a very targeted program, but that's not the case."

What does it matter? But Mitchell might not have much to worry about other than his professional reputation. While the CIA is off doing God-knows-what to God-knows-who and lying to Congress about it, a Huffington Post/YouGov poll found that 47% of Americans think torture is always or sometimes justified. Just 41% believe it is rarely or never justifiable. And the president more or less let the CIA entirely off the hook for even the most egregious breaches of the law and human rights, closing without charges a 2012 investigation into the deaths of two CIA detainees in 2002 and 2003. It seems the CIA really is above the law.