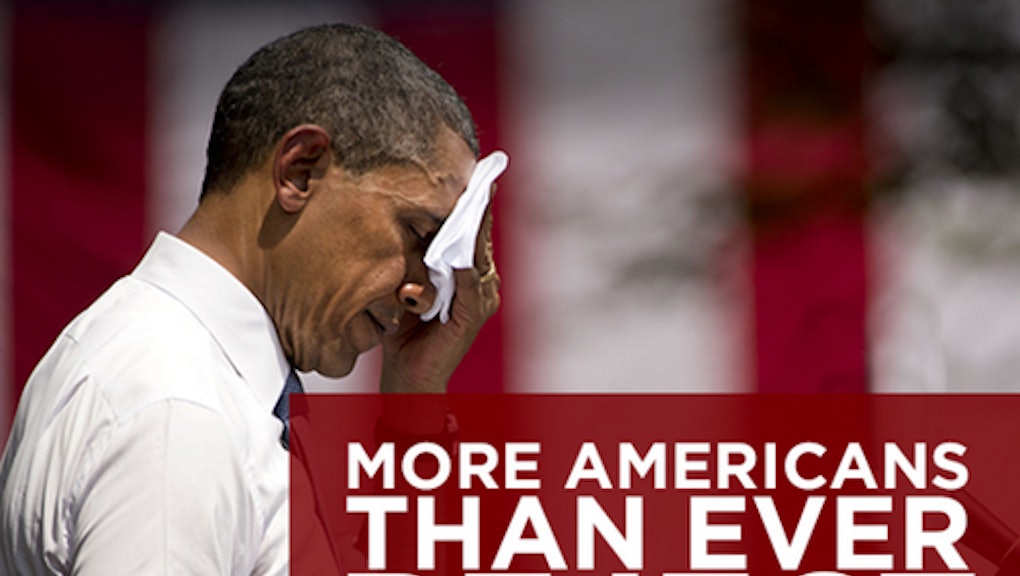 Quick: Is the Affordable Care Act, otherwise known as Obamacare, well-liked by the public? If you tune in to political news, you might think it's one of the most hated laws in the nation.

The reason for that is simple: twisted information.

Calling the Affordable Care Act unpopular has become something of a given for any journalist writing a story about the law. While polls often show it's viewed as "unfavorable," those numbers are often thrown around with little context and are used to color reality as if there's this great groundswell of Americans who want the ACA tossed out entirely. But that isn't the case. The most recent poll from Kaiser, out this week, was another case in point.

While it's true that the Kaiser poll, as others before it, found that Americans generally have an unfavorable view of the law (46% to 38%), what lies behind the numbers is a different picture.

While the law's most vociferous conservative opponents hold up unfavorable ratings in one light, in doing so they mask this reality: Many of those who don't like the law say that's because they think it's not liberal enough. This distinction continues to be lost in the avalanche of reported dissatisfaction with the law, with single-payer acolytes lumped together with Tea Partiers who cheer at the idea of letting uninsured men die on the floor of the ER. In other words, polls showing that most Americans think the law is imperfect have been mistranslated into the law being unpopular.

A CNN/ORC poll this fall therefore surprised many by showing that a majority of Americans thought the Affordable Care Act was a step in the right direction, when the total percentage that either support the law or oppose it for not being liberal enough are combined. As the Washington Post reported, a breakdown of the survey's internals shows that only conservatives find the law too liberal; Democrats and the crucial moderate/independent demographic favor the law or don't think it's liberal enough.

Not only that, but the same Kaiser Foundation survey released this week, which conservatives have been touting as proof the law is unpopular, has a much bigger takeaway that they don't report: that the majority of Americans, including conservatives who don't like the law, would rather their congressional representatives improve the law than repeal it.

The law's overall popularity is the least important metric assessed in the Kaiser survey. As it clearly shows, the popular debate over repeal is finished. The most constructive and critical data the survey contains is how Americans think the law can be best improved.

While that improvement happens, it's time to kill the tired trope that Americans hate everything about Obamacare and are frothing at the mouth to repeal it. Journalists, editors and fact-checkers at the many news outlets that propagate the idea that most Americans wish the law had never been passed are asleep at the wheel.

This misinformed interpretation of poll data has already given Republicans political cover to continue their absurd and impossible efforts to repeal the law, rather than engage in the substantial policy work the legislature must engage in on the environment, the education system and the economy. Enough is enough.