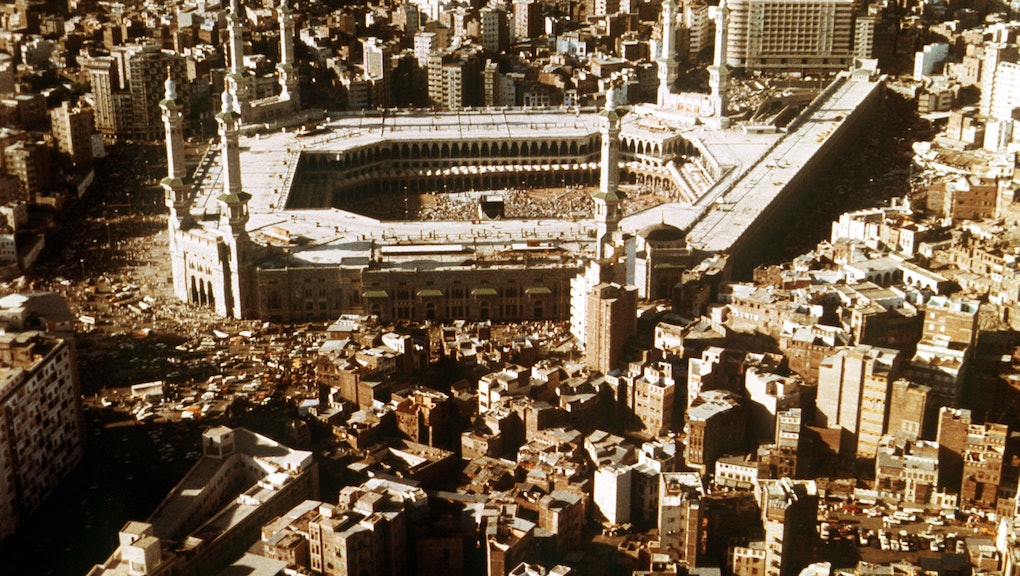 Choose a city and imagine what it would look like if it was 95% razed and rebuilt in the course of 20 years. Think about all the history and culture that would be destroyed.

This dystopian vision isn't hypothetical. Rather, it's happening in Mecca, the Saudi Arabian city to which faithful Muslims embark on an annual pilgrimage. Mecca has lost the vast majority of its historical and religious landmarks to development. Centuries-old cemeteries, the houses of important figures, the sites of battles, the earliest mosques, the birthplace of Mohammed — all are gone or critically endangered as bulldozers destroy the city to build skyscrapers, malls and infrastructure.

When the Chinese government destroys religious sites in Tibet on this scale, it's labeled cultural genocide. But no outside forces are responsible for the destruction in Mecca, just the Saudi royal family, whose austere strain of Wahhabi Islam forbids shirq, or idol worship. Under their stringent criteria, most religious landmarks are considered forms of idols, so there is no harm in destroying them. Meanwhile, why bother with millennium-old landmarks when you could be scoring cute handbags in Paris Hilton's store?

You read that right: Shrines aren't welcome in Mecca, but Hilton, Gucci and Dior should feel free to set up shop.

If you visit Mecca today, the Kaaba, the most sacred spot in Islam, stands dwarfed by skyscrapers. Critics lament that the city is turning into little more than a Red Sea Las Vegas; the Atlantic called it "McMecca."

From time to time, the outcry rises and construction stops, but never for long. The bulldozers and cranes keep coming back. Supporters say this stimulates the economy and gives people confidence. Skeptics claim the cost of making the Hajj pilgrimage is skyrocketing, depriving many of a fundamental religious rite.

Institutions disappoint us every day, but to see this one do so this flagrantly makes it all the worse.