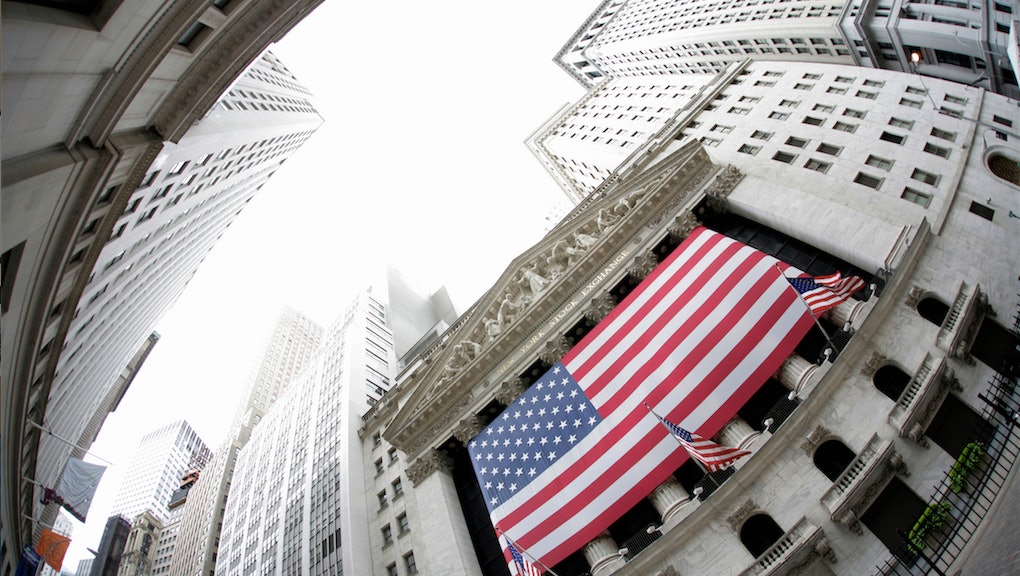 Top Economist Sizes Up Income Inequality in America, Has a Dire Prediction for Our Future

A fatal flaw in capitalism has been exposed: According to what's being hailed by Keynesian economists as a revolutionary work in economic thinking, today's America looks a lot like one from over a century ago.

42-year-old French economist Thomas Piketty's new book, Capital in the 21st Century explains that other than a period between 1910 and 1950 when inequality declined from the external shock of two World Wars and the Great Depression, inequality is not an "unintended consequence but an inevitable part" of capitalism. Inequality, Piketty writes, threatens to destabilize democratic society itself and turn us all back into serfs.

Piketty and colleague Emmanuel Saez mapped the share of U.S. national income going to the top 10% of earners going back to the turn of the 20th century, and what they found was astonishing — as far as the nation's richest earners are concerned, the economy looks a lot like it during its entrance into World War I and going into the Great Depression.

Piketty and Saez's research also shows gains were widely shared in the decades following World War II, but not since, as mapped by these graphs from the Center On Budget and Policy Priorities:

The scope of this work: Piketty and Saez also calculated that, as of September 2013, the top 1% of earners had captured 95% of all income gains since the Great Recession ended. The other 99% saw a net 12% drop to their income. Basically, Piketty's combined body of research strongly indicates that inequality in the U.S. very much resembles the period somewhere around 1915-1925. And economists are very excited, since Capital in the 21st Century is the first work in quite some time to elucidate the connections between inequality, wealth, and income in such a clear and accessible way.

Even his critics, like Bloomberg Views's Clive Crook, admit he "should certainly be applauded for his ambition. The title invites comparison with Karl Marx's great work, and the author offers nothing less than a general theory of capitalism."

Famed television personality Bill Moyers offers a similar critique, declaring that "inequality is what has turned Washington into a protection racket for the one percent" and warning that American democracy is "seriously threatened."

"What Piketty’s really done now is he said, 'Even those of you who talk about the 1%, you don’t really get what’s going on.' He’s telling us that we are on the road not just to a highly unequal society, but to a society of an oligarchy. A society of inherited wealth," economist Paul Krugman tells Moyers in another interview. He adds that the scale of wealth enjoyed by the ultra-wealthy in the country is unimaginable to the average person. After all, a fortune approaching, say, $100 billion is for all intents and purposes infinite money to the average person, who could never expect to exhaust even a fraction of that wealth throughout their lifetimes.

Another recent Princeton study found that the opinions of the average American voter compared to interest groups and Americans at the 90th percentile of income and up had only a "minuscule, near-zero, statistically non-significant impact" on policy outcomes. Essentially, the study very much indicated that ordinary Americans have pretty much zero power to influence the government, while richer ones do. The result of all this is pretty alarming for American democracy, which might be why Piketty's observations are very bleak.

Writes the New York Times' Thomas B. Esdall, Piketty's work "sees the United States and the developed world on a path toward a degree of inequality that will reach levels likely to cause severe social disruption."