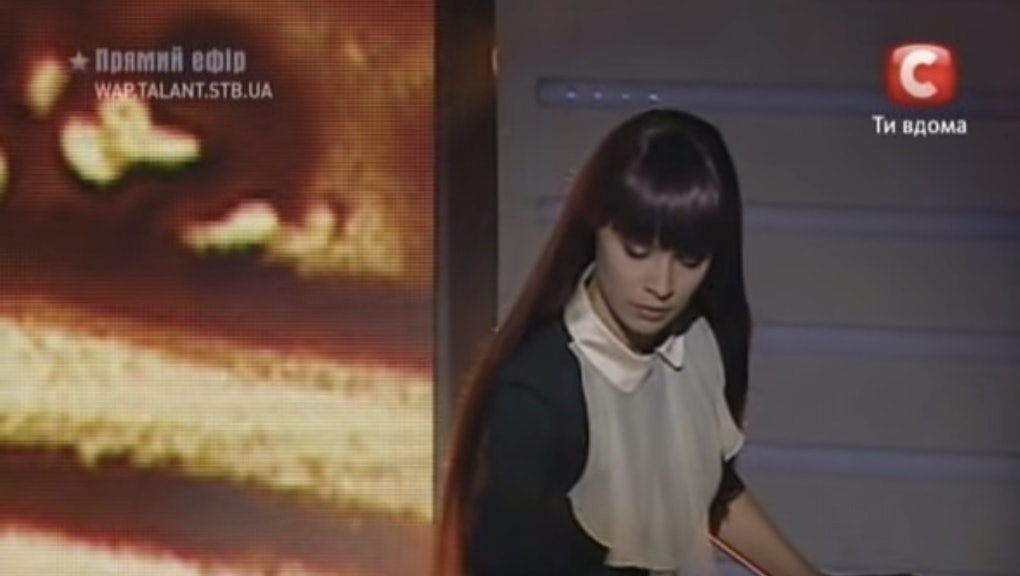 Ukraine has been a headline mainstay in recent months, but it being a location of conflict is nothing new.

Throughout its history, the nation has continually been under the control of foreign occupiers, punctuated by brief periods of independence. As a member of the former USSR, it served as a theater for the battles waged between Ally and Axis powers during World War II.

In this 2009 Ukraine's Got Talent performance, artist and eventual winner Kseniya Simonova tells the heart-wrenching tale of a country at war and the sorrows inflicted by being a fault line of the Eastern front.

Her performance provides some insight into the country's tangible history and the collective memory of conflict in Ukraine.

Though the story in the performance is decades old, it hits an emotional chord with the live Ukrainian audience, as well as with global viewers who have watched the video online nearly 30 million times.

The country has, of course, returned to the center of the global geopolitical game in recent months, as former President Viktor Yanukovych aligned himself with Russia despite pleas from the public for the country to accept an economic deal with the European Union. Amid bloody protests, Russian President Vladimir Putin missed no opportunity to seize on pro-Russian sentiment in semi-autonomous Crimea, annexing it from Ukraine to his own country.

Since then, pro-Russian separatists have been able to take control of eastern Ukrainian towns and local forces have failed to stop them. Ukrainians are again faced with foreign interference. Across the country, pro-democracy protests active since December have met with pro-Russian demonstrations, which many Ukrainian activists accuse Russian forces of secretly orchestrating.

American, EU, Ukrainian and Russian leaders brokered a deal in Geneva last week to end violence in the country and remove protesters on both sides from occupying local parliaments and public squares.

But as violent clashes continue in eastern areas controlled by separatists, it's obvious that international agreements will not have as much of an affect on the lives of Ukrainians as the bloody realities that play out on the ground.