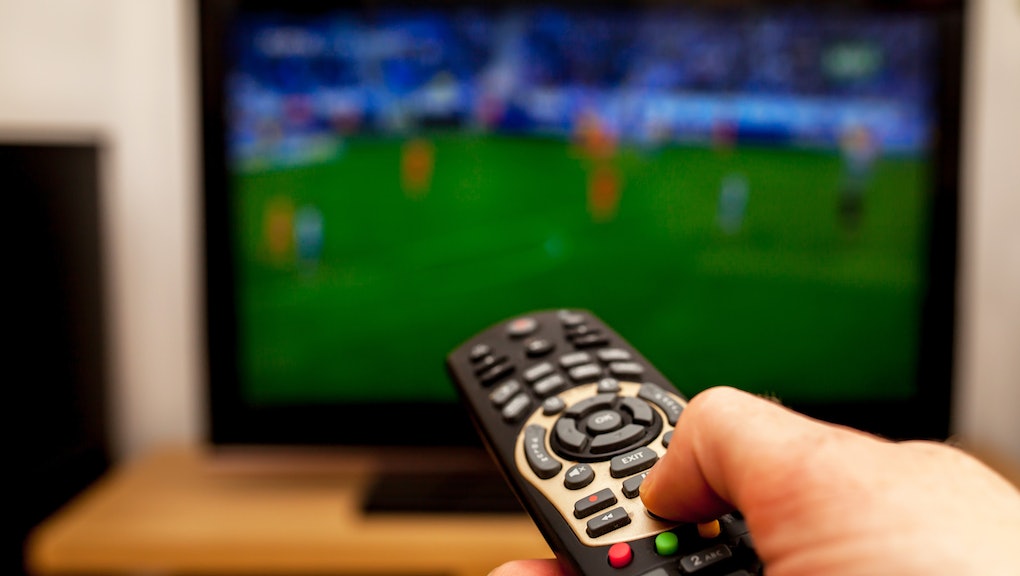 The news: Gone are the days when you could just stick a pair of "rabbit ears antennas" on top of your TV and watch for free. Now if you want live programming, you have to pay an exorbitant price for hundreds of channels that you are probably never going to watch.

That is the question before the Supreme Court today as the justices begin hearing a case that has the potential to change the entire TV landscape — all thanks to a tiny startup.

The background: What many people don't realize is that the big network channels — CBS, NBC, ABC and Fox — are technically free. If you're so inclined, you can still attach an antenna to your TV to catch these channels. But satellite and cable companies do the work for you, and they pay these networks for the right to retransmit their broadcasts, which means you pay the middleman for something you could get for free.

A startup called Aereo wants to change that. Essentially, it works like an upgraded version of the rabbit ears antennas: for $8 a month, you get access to the thousands of tiny antennas that Aereo has in your city. You can specify which programs you want to watch, and the company will direct the antenna your way so that your shows are accessible on any device of your choice: your computer, tablet, smartphone or media player like Roku.

But perhaps the best part is that Aereo can double as a virtual DVR. Not only can you livestream ongoing shows, you can also store the content in a cloud and watch it later. For people on the go, this is an attractive option: You can watch "can't miss" shows as they air, and save other shows to watch at your leisure.

The video below demonstrates how the technology works:

The controversy: Of course, networks are not happy about a third party profiting off their content without giving them a dime. Satellite and cable companies pay a fortune to do what Aereo is doing — $3.3 billion combined in last year alone.

"Quite simply, Aereo takes copyrighted material, profits from it and does so without compensating copyright holders," said Gordon Smith, the president of the National Association of Broadcasters.

But Aereo argues that what they are doing is updating an existing technology. "What we're providing is exactly what you can get with an antenna, just done in a way that's modernized, so you're not sitting there tuning your rabbit ears," said Chet Kanojia, the founder of Aereo.

There's also the matter of defining "public" and "private" broadcast. Satellite and cable companies have to pay retransmission fees to networks because they publicly broadcast this content to everyone who subscribes and pays for their service. Other public establishments, like bars, can't charge people to watch TV because they don't pay these fees. But Aereo says because it directly sends the content to a private home, it should not be subject to the same regulations. Again, it's charging customers for the use of the antennas, not the transmission.

What will happen next? This case could potentially have far-reaching consequences for the future of other companies that store copyrighted content or stream it over the Internet. If the court rules against Aereo, that could mean other services like Slingbox, Apple's iCloud, Amazon's Cloud Player and even TiVo might be affected. Aereo would also most likely close.

If the court rules in favor of Aereo, networks have threatened to stop broadcasting for free. The government would probably block that from happening, but it's guaranteed to start an ugly fight and spur dozens of similar startups to get in the game. Aereo can only air network channels right now, but it could try to strike a deal with HBO and other premium cable channels as well. (Although given HBO's track record, it probably won't happen.)

The case is not expected to be decided until the summer.