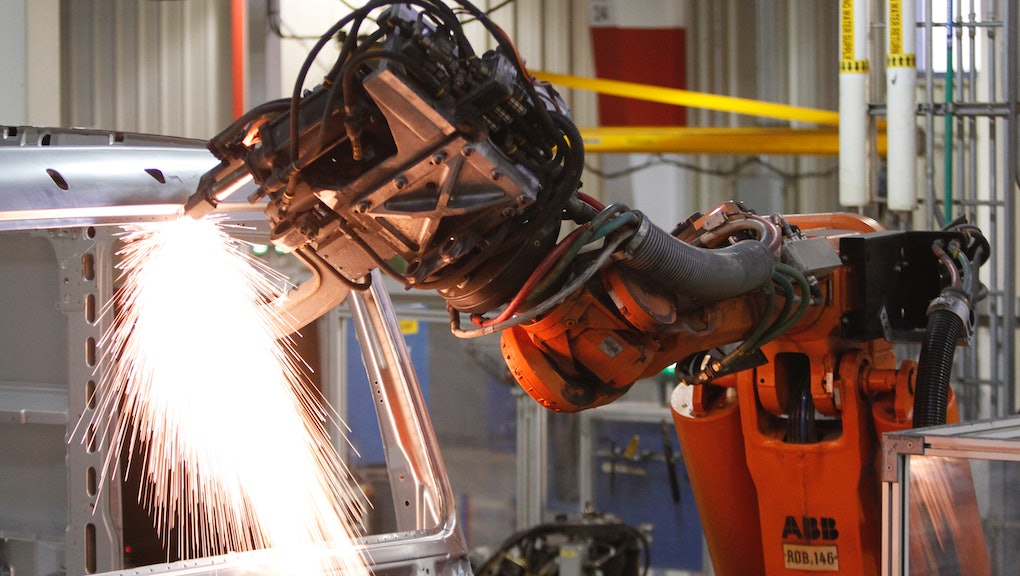 New Study Shows What the 2040 Job Market Looks Like, and It's Not Looking Good for Us

A new study, commissioned by job search site XPat Jobs, argues that intelligent robots may take away our jobs sooner than we think — possibly in the next 30 years.

"People will be surprised how fast things will change," said XPat Jobs director Rhys Maddocks. "Technology and computers have only really touched the work market so far. That and the globalization of all work will revolutionize the way we think of work in the next 25 years."

The study found that drivers, call center workers and others in the service industry would be out of a job, as technology drives robots to be more efficient and cost-effective. Conversely, humans will have to compete harder for a smaller number of jobs, while we battle our own biological limitations to keep up; people would develop "poor eyesight, smaller organs and constantly-furrowed brows" from long, tedious work, with the average working week increasing to 50.5 hours. (Although such evolutionary changes generally take longer than just one or two generations.)

Workers in the increasingly globalized economy would also have to develop new skill sets: Speaking multiple languages would be a requirement (Mandarin, Hindi, Spanish and Portuguese), and sleeping patterns would need change in order to function in multiple time zones. The study even predicts that people will resort to ear implants or brain-boosting procedures to become more efficient.

"Humans may even feel the need to compete against such artificial intelligences for jobs, as genetic or android technology develops to such an extent that we can upgrade ourselves in much the same way as a software upgrade," said Derek Woodgate, president of consulting firm The Futures Lab.

Are these fears overblown? Given that the study doesn't actually provides any statistics or figures, it can be easy to dismiss these claims as unfounded fear-mongering. But as for its point that the job market is in the danger of being taken over by robots, there are plenty of other studies to back it up. According to research from Oxford University, nearly half of the U.S. workforce is in danger of losing jobs to robots in the next 20 years.

Microsoft founder Bill Gates is inclined to agree. "Technology over time will reduce demand for jobs, particularly at the lower end of [the] skill set … Twenty years from now, labor demand for lots of skill sets will be substantially lower. I don't think people have that in their mental model," he said in March.

And the introduction of a robot workforce could be as transformative as the dawn of the industrial era. "We are at an inflection point," write MIT researchers Erik Brynjolfsson and Andrew McAfee in their book, The Second Machine Age. "The key building blocks are already in place for digital technologies to be as important and transformational to society and the economy as the steam engine."

Change is already happening. While this all sounds like it will happen in the distant future, the fact is that many of these predictions have begun to take place. Retail stores and restaurants are letting customers order and pay for their purchases with mobile devices, which cuts out cashiers, waiters and other salespeople. By last year, there were already 1.2 million industrial robots hard at work around the world, analyzing documents, filling prescriptions and doing other menial tasks.

The exponentially increasing pace is in line with predictors such as Moore's Law, which estimates that computing power doubles approximately every 18 months. As this helpful GIF from Mother Jones shows, computing power has been growing at an accelerated rate since the invention of the first programmable computer — and it won't be long before it has the same power as the human brain.

So while XPat Jobs' predictions sound like they're coming straight from the pages of a sci-fi novel, they might not be too far off. Americans might not be too excited about the prospect of having a personal robot at home, but in a few decades, that may all change.