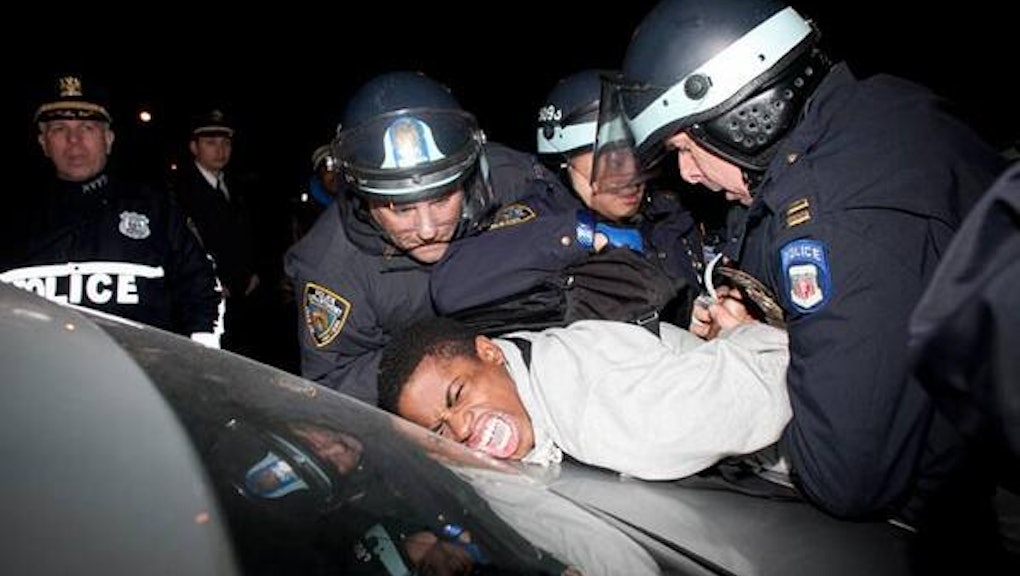 The news: Well, that escalated quickly.

What was intended as a feel-good PR campaign morphed into something else entirely when the NYPD called on Twitter users to post photos of themselves posing with their friendly local police officers:

Few outreach efforts have backfired so spectacularly. In perhaps the most unsurprising move ever, Twitter respondents commandeered the #myNYPD hashtag and started flooding the @NYPDnews feed with images like this:

Any positive responses were quickly overwhelmed by these grim reminders of the department's fraught relationship with the city. In the past three years alone, New York City cops have routinely de-legitimized themselves through involvement in illegal gun sales, a ticket-fixing scandal, rape charges, frequent use of excessive force, racial profiling and targeting of Muslims and a persistently racist "stop and frisk" policy that's only recently shown signs of subsiding.

In short, the Twitter backlash seems not just warranted, but entirely necessary. And the department humbly admitted as much when they reached out to the Wall Street Journal shortly after:

Perhaps the larger question is how the NYPD thought this could go any other way. Twitter has consistently proven itself the ideal forum for public humiliation, especially when it comes to famous people and institutions.

Just last week, the #AskEmmert hashtag — meant as a public Q&A opportunity with NCAA President Mark Emmert — devolved into a wholesale take-down of his policies regarding unionization and fair compensation for college athletes:

The same thing happened in 2013, when JP Morgan's #AskJPM hashtag accidentally gave a platform to every American indignant about the company's sketchy financial dealings and contributions to the 2008 economic meltdown:

And we all could've predicted where #AskRKelly would eventually end up:

By this point, one would think these outcomes are thoroughly considered beforehand, with proper precautions taken to prevent such colossal public floggings from ever happening again. Luckily for us, that's clearly not the case. And so long as companies, celebrities and public institutions with miles of dirty laundry to air continue using Twitter as a no-cost public relations forum, their efforts will keep blowing up in their faces.

Aside from being incredibly entertaining, that means greater opportunities to speak back to power. To that we say, God bless #Amurica.