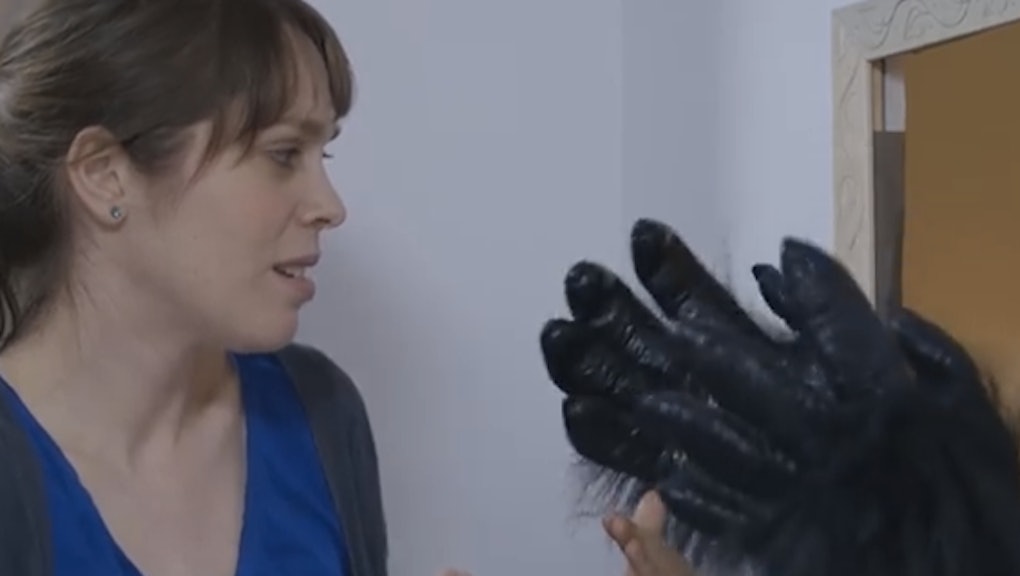 For several years now, Dove has been pushing its "Real Beauty" campaign. You've probably seen one or more of these ads; they generally feature "real" women with "real" curves who, through clever concept marketing, are brought to the realization (on camera, of course) that they are actually prettier or thinner than they think.

Take this wildly-popular Dove spot from 2013, for example. In this ad, women describe themselves to a sketch artist from behind a curtain, often using unflattering characterizations ("fat, round face," "protruding chin," "big forehead"). The excercise is then repeated by strangers who are asked to describe the women to the same artist, who draws a new picture based on their descriptions. Both images are subsequently unveiled and placed next to each other, wherein the women have an "a-ha!" moment in which they realize they are prettier than they originally thought.

Then there's this 2014 ad, in which women are told they're participating in a research trial for a new, revolutionary product: a "beauty patch," which in reality is a fake patch filled with absolutely nothing. Dove pulled out the big guns here, using a psychologist and self-described distinguished scholar at Columbia University to run this self-image "study." The result? The female subjects report feeling prettier and more self-confident after wearing the patch for twelve hours. The message is clear: Beauty is a state of mind, ladies. (This ad, it should be noted, was not so well-received.)

Well, that's what Dove wants you to think it's conveying, at any rate. While most people would support the idea that beauty radiates from within, it's important to remember that Dove's ads are, at the end of the day, advertisements. Lest Americans forget, Dove is owned by Unilever, a corporation whose brands (Axe and Slim-Fast come to mind) aren't exactly known for body positivity.

Then there's the problematic way the ads treat women's intelligence. As Feministing's Maya Dusenbery astutely points out, Dove's "Real Beauty" ads are "really effing condescending — Dove sees women as 'delusional objects for whom reality is out of grasp — only able to see ourselves truly through the eyes of others.'" And gullible, too.

All of this is what makes this Dove parody video all the more effective. Created by Above Average Productions, the fake Dove campaign is snarky, but also smart.

In the video, which portrays a sort of "Dove experiment gone wrong," women are left alone in a room with a mirror, only to be surprised to find a man in a gorilla suit staring back at them. "Wooow, you must hate what you see when you look in the mirror," the market researcher tells them from a loud speaker. "You look in the mirror and what you see is a disgusting zoo animal."

Unlike the women in the real Dove ads, the women in this parody disagree with the psychology experiment. Here is a room full of women who are actually comfortable with their appearances — and not just because a gimmicky science trick told them they should be. It's a refreshing take on marketing and a reminder that outside the bright-white walls of Dove's "Real Beauty" world, not every woman believes she is a hideous monster.