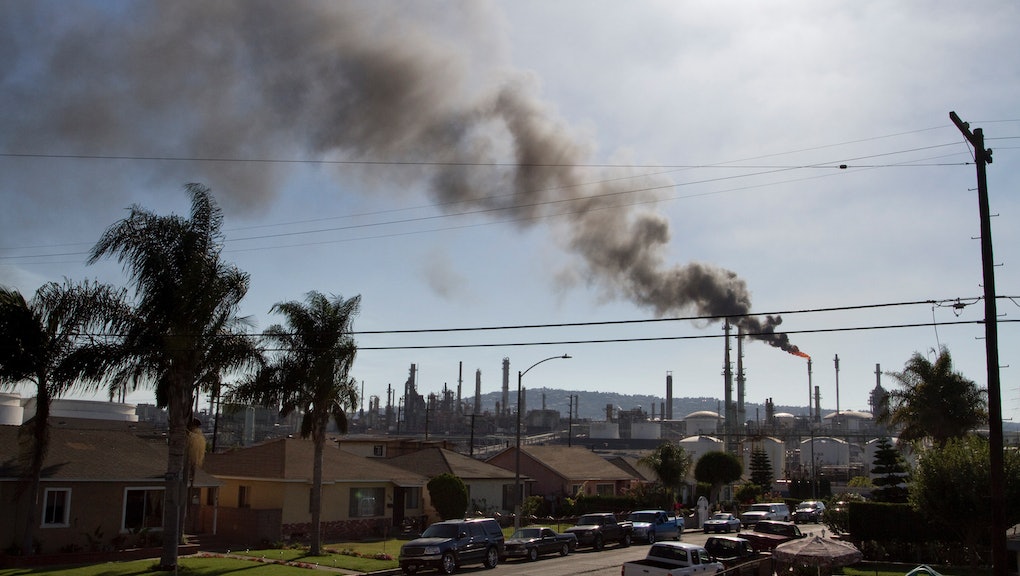 The Surprising Toll of Living in a Minority vs. White Neighborhood

Racial and economic injustice have long been accepted as linked. Yet it's becoming more obvious that another factor is disproportionately facing those already disadvantaged in American society: environmental injustice.

Back in 2005, the Associated Press analyzed information from a federal environmental health database and found that black people are 79% more likely than white people to live in neighborhoods where industrial pollution poses a serious health risk. That 2005 analysis also found that in certain states Hispanic and Asian people were disproportionately affected as well.

A distinct correlation was seen between race, socioeconomic status and environmental risk, with the neighborhoods with the highest pollution risks home to residents who were poorer, less educated and more often unemployed than elsewhere in the country.

"Poor communities, frequently communities of color but not exclusively, suffer disproportionately," said Carol Browner, who was head of the Environmental Protection Agency during the Clinton administration. "If you look at where our industrialized facilities tend to be located, they're not in the upper middle class neighborhoods."

Despite this evidence, in the nearly 10 years since that original report, very little has changed in terms of America's environmental injustice. A more recent study by researchers at the University of Minnesota shows that minorities face greater exposure to pollution even after controlling for income.

Despite variations in socioeconomic status, minorities are still exposed to 38% higher levels of outdoor nitrogen dioxide (NO2), a key pollutant typically produced by cars and construction equipment, which has been linked to higher risks of asthma and heart attacks.

In these maps, blocks of red indicate areas with higher injustice in terms of population-weighted mean NO2 concentrations, based on populations of low-income non-whites (LIN) and high-income whites (HIW).

The Washington Post's Emily Badger notes that comparing low-income minorities to upper-income whites is "an admittedly stark way of illustrating the problem. But even after controlling for income, large disparities remain between white and non-white communities." And the bigger the urban area studied, the bigger the race factor became.

The environmental justice movement has been working to combat disproportionately high adverse health and environmental effects for decades, but the fight continues. Until issues of race, socioeconomic status and environmental health risks are taken seriously, individually and as related to one another, the disadvantages remain for minorities.

Increasingly, it appears the pursuit of justice comes down to the very air we breathe.