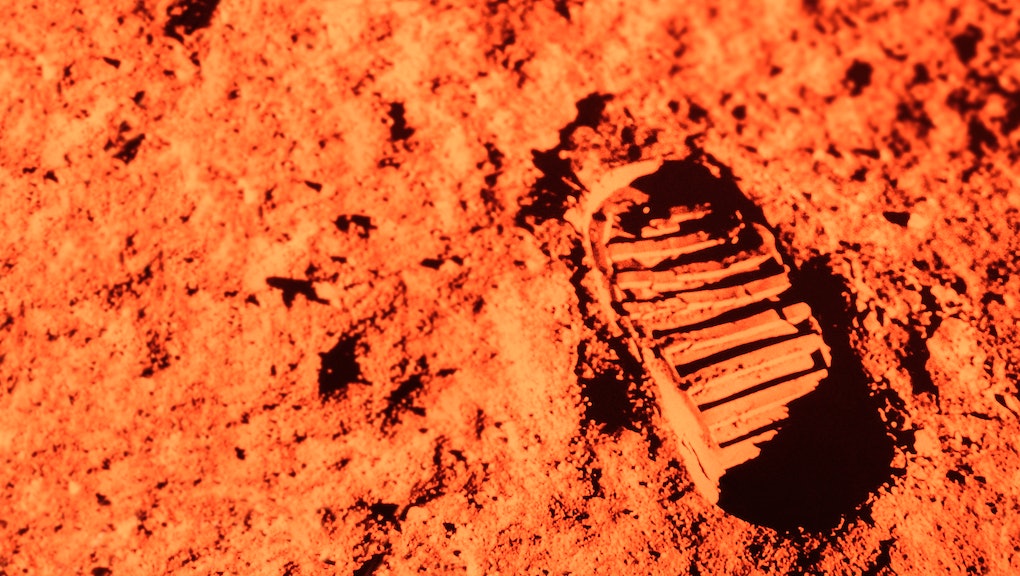 The news: According to NASA chief administrator Charles Bolden, a manned mission to Mars is necessary for the survival of the human race.

"If this species is to survive indefinitely we need to become a multi-planet species. We need to go to Mars, and Mars is a stepping stone to other solar systems," Bolden said at the Humans 2 Mars summit in Washington, D.C., on Tuesday.

Woah, so if we don't get to the red planet, we're screwed?

He outlined a series of stepping stones that Earth's space science community needs to hit before any such mission, including "lassoing" an asteroid into orbit by 2015, growing flora in space and using a 3D printer to build components for onboard repairs. These technologies would be necessary advancements before a three-year return trip to the red planet, which could teach humanity more about the fundamentals of space travel. And in a companion op-ed on Space.com, Bolden argued that while the challenge of sending humans to Mars may seem huge, "NASA sent humans to the moon by setting a goal that seemed beyond reach."

Bolden made another bold claim at the summit: "With some increases in NASA's budget, we're gonna be able to get to Mars in the 2030s."

NASA's $4.4 million Z-2 planetary exploration spacesuit, under development by NASA's Amy Ross, pictured as it would be on a foreign planet's surface.

The plan isn't without critics. The Washington Post's Dana Milbank pointed out that given even modest increases in NASA's funding, the agency would have to seriously explore how to conduct such a mission on a shoestring budget (with cuts like examining whether it would be "ethically acceptable" to lower radiation exposure limits — eeesh). But it might not cost quite so much as mission detractors have claimed. For example, a panel of NASA, industry and academic experts found that the mission could be done by the mid-2030s with a $100 billion budget.

"One of our goals has been to destroy that '$1 trillion to send a human to Mars' myth, and we have," said Chris Carberry, executive director of ExploreMars.

Some of the savings would come from scaling back what, exactly, humans intend to do on Mars (more "Lewis and Clark than a transcontinental railway") and far cheaper launch technologies, such as less pricey rockets.

It's merely the first step in a generations-long project, or as Bolden says, Mars is just "the centerpiece of its next big leap into the unknown." Crazy pipe dreams like the Mars One deathtrap aside, people living today are unlikely to be around to see a presence on Mars that operates as much more than a scientific curiosity. But we can and, according to Bolden, must get started.