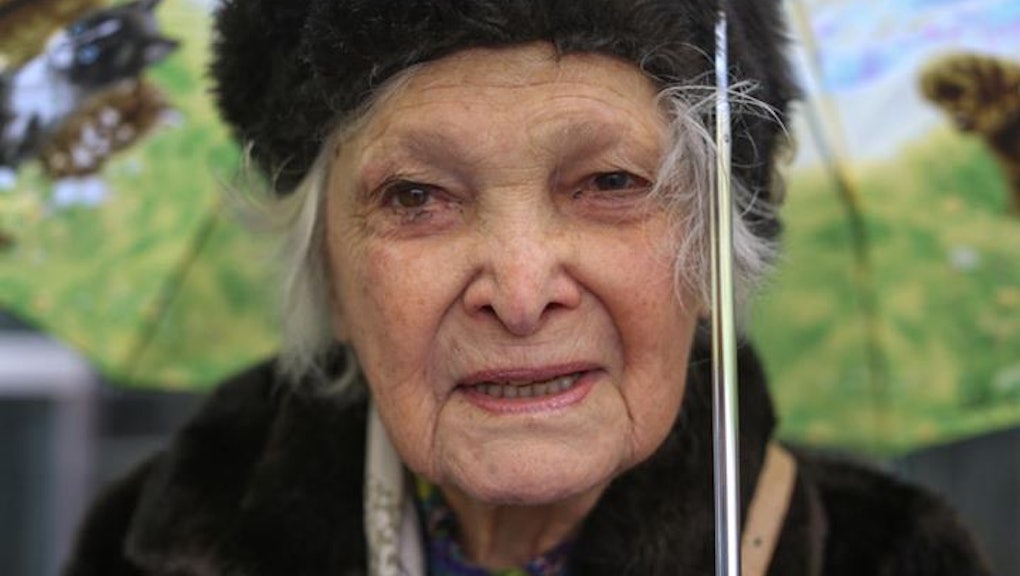 Now Stanton is channeling the ingredients of his moving photographs into a brilliant new iteration of the project through video.

Stanton's first video subject is the 100-year-old Shirley Hyman, who HONY followers met back in 2013 with this moving post:

In the movie portrait of Hyman, she invites Stanton and his camera into her home, and tearfully completes the thought she started above. She says, quoting her husband, "A love spread around. There, beauty is found."

Stanton's initial goal with Humans of New York was to create a photographic catalogue of the vast array of New Yorkers. As he explains on his Facebook page, "I set out to photograph 10,000 New Yorkers and plot their photos on a map." Somewhere along the way, photographing New Yorkers turned into interviewing New Yorkers and thus, a cultural sensation was born. Four years, 6 million followers and one New York Times bestseller later, Stanton is moving into new and brilliant territory.

If this first video is any indication, the videos will be a beautiful extension of the HONY project. Hyman's interview captures the wisdom, intimacy and human connection that HONY audiences have come to expect. The video format is just going to deepen those already key HONY qualities.