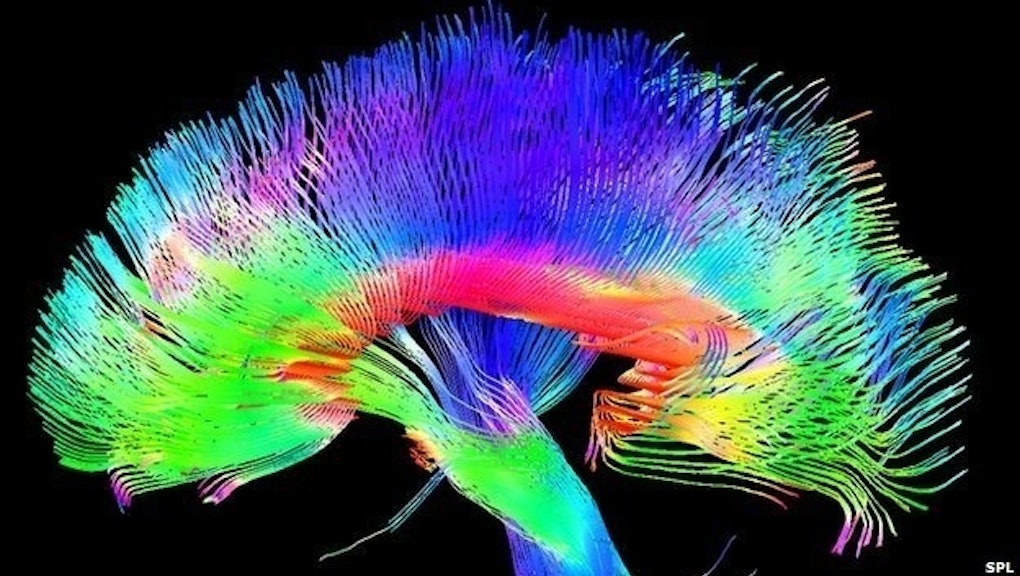 Science Reveals What Drugs Really Do to Artists' Brains

Damon Albarn, the infamous frontman of Blur and Gorillaz, wants you to know that he thinks heroin isn't all that terrible. In fact, he has recently spoken up about it to both Q Magazine and Time Out. He stated, "Once I’d tried it, I found it initially very agreeable, and very creative."

"I don't totally see it as a mistake. That's the point," he elaborated. "It was part of me growing up."

Albarn has made statements like this before, but they usually come with more of a reflection on how heroin also ruins lives. His comments aren't profound or blasé, they're downright dangerous and they reflect one of the biggest myths in music: that drugs somehow make you a better musician. Statistics, science and history beg to differ.

Here's the hard truth. According to the CDC, 105 people die daily as a result of drug overdose in the United States. In addition, 6,748 are treated in emergency departments for misusing and abusing drugs.

That includes musicians who, whether or not they felt more creative when first using the drug, wound up losing lifetimes of music because of it. Dee Dee Ramone, Janis Joplin, Tim Buckley and Sid Vicious are just a few examples of the many artists died from heroin overdoses.

The science here seriously complicates the myth, too. Albarn's not wrong — scientifically, heroin does change your state of mind, and could, in fact, give you new ideas that you wouldn't conceive while sober. According to neurologist Dr. Alain Dagher, who recently spoke to Vice about the matter, drugs can not only make you creative because of disinhibition, but they "mak[e] conceptual links in your brain between things that you may not normally link." He also goes on to explain, "part of creativity is being original. So drugs like cocaine, and perhaps heroin, have that ability to make you have original thoughts."

But the longer-term neurobiology of the drug tells a more nuanced story. Heroin induces a heavy increase in dopamine to the brain, overwhelming the user with pleasure. Like all drugs, though, it's easy to build up a resistance and, in the meantime, lose your ability to experience other kinds of pleasure of the sort that artistic inspiration is built on.

So the distinction between this truth and the romantic notion of the drug is a question of longevity. Sure, any kind of new experience gives you a new way of looking at things — heroin forges new connections in the brain like any experience would. But it's worth noting that a lot of the songs created while using heroin are more or less about being miserable from doing the drug. The benefits in no way outweigh the risks. Especially since, when you put your life on the line (and then reflect on it fondly years later), you promote that behavior to others — especially to those who may well have an addictive personality. The ones who are able to function on hard drugs like heroin are the exception, not the rule.

People think about drug use and creativity the same way they think about mental illness and creativity. When artists are being honest, they'll tell you that it only makes it more difficult to create. Just listen to Passion Pit's Michael Angelakos, who believes that "there is no romance about depression." Albarn is not profound because he took heroin. And supporting the idea that people should go untreated for any illness — whether it be for schizophrenia or addiction — is horribly destructive to all involved.

Equally importantly, when stars like Albarn make comments like this, it degrades music as well as their contribution to it. Music is an artform about connecting to the world, not about what you see when you are escaping from it. And heroin doesn't make you a great artist; having unbridled creativity (which heroin can, for a short period, enable) and talent makes you a great artist. It rarely ends with Parklife. It ends like Requiem For A Dream.