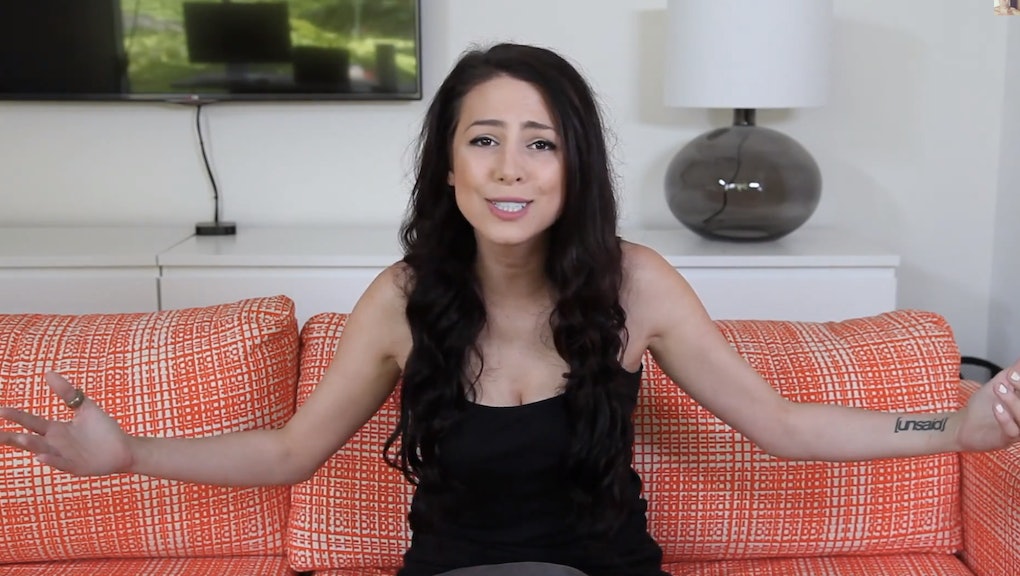 Lesbians! What to do with them?

That's the question at the heart of "The Stupidest Things Straight Guys Say to Lesbians," a hilarious video in which a handful of lesbians make a mockery of some of the most repeated, trite comments ladies who love ladies hear on a daily basis. Gems like "Are you sure you're gay?" and a personal favorite, "Well, how does scissoring work?" are included — all accompanied by just the appropriate amount of snark.

This video is not original, as the meme "Shit Straight Guys Say to Lesbians" has been in existence for a few years. There's also a similar video, performed by a woman in drag as a straight guy. But this latest iteration does highlight the fact that lesbians, and particularly femme lesbians, are still a mystery to many men nearly a century after Freud proved he also didn't know what to make of them.

While men seem to feel comfortable approaching masculine women (lesbian or not) as "bros," the identity of the femme lesbian baffles them. Hence stereotypical comments along the lines of "but you're too pretty to be gay," evocative of the horrendous Ben Affleck flick Chasing Amy. Confusion abounds primarily for men over the idea of penetration: Why don't lesbians want to be penetrated by their penis, or as they might put it, a "real" penis?

The subject of being "too pretty to be gay" was addressed in a HuffPo Live segment last fall. As noted in the segment, femme lesbians oftentimes exist in a space demarcated by their femininity, which renders them "invisible" to the lesbian world. This, although arguably it is gender, and not sexuality, that is being perceived by the outsider.

Stuck in purgatory, this results in a constant inquisition: "Why aren't you straight?" from straight men and "Are you really gay?" from genderqueer women.