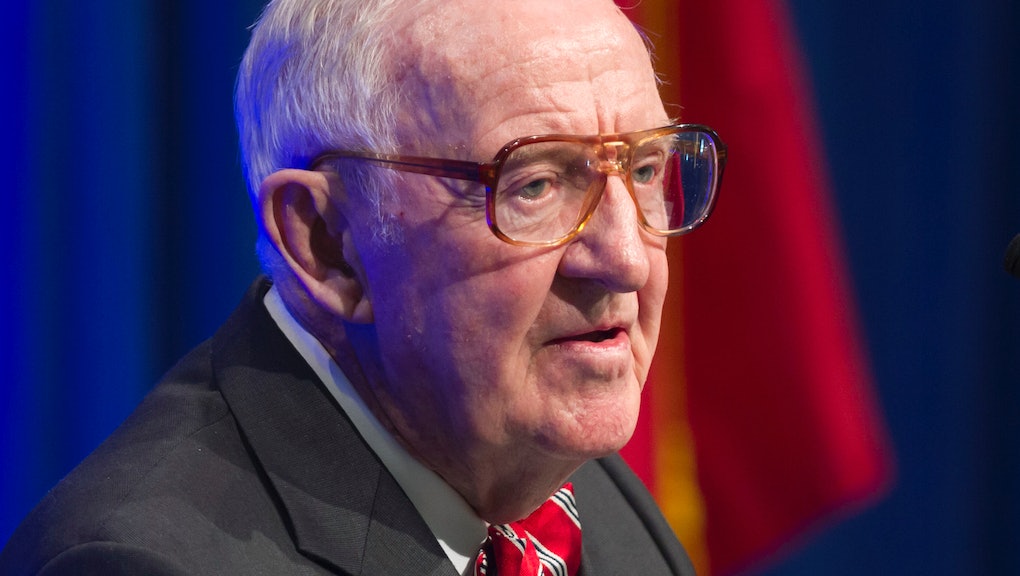 Asked if We Should Legalize Marijuana, Here's What a Former Supreme Court Justice Said

The news: Current justices on the Supreme Court might not be ready to support marijuana legalization yet — but one retired member is.

Just a few years ago, it might have been unthinkable for a member of the country's highest court to speak in favor of a schedule I controlled substance. But John Paul Stevens, who retired from the bench in 2010, is finally saying "yes" — and representing a tidal shift in the American legal community.

Here's what he said:

"I really think that that's another instance of public opinion [that's] changed. And recognize that the distinction between marijuana and alcoholic beverages is really not much of a distinction," Stevens told NPR on Thursday. "Alcohol, the prohibition against selling and dispensing alcoholic beverages has I think been generally, there's a general consensus that it was not worth the cost. And I think really in time that will be the general consensus with respect to this particular drug."

Why this matters: The 94-year-old Stevens may no longer be active on the Court, but his comment still carries a lot of weight in the legal community. The self-identified conservative is now the most high-profile judge to speak in favor of marijuana legalization, and he may well be paving the way for younger colleagues to do the same.

It's also a long way from the days when association with pot was enough to tank someone's legal career. Back in 1987 — 12 years after Stevens joined the Court — President Ronald Reagan tried to nominate Judge Douglas H. Ginsburg to the high court. When Ginsburg admitted that he had smoked marijuana in the past, the backlash from conservatives and the administration was swift and severe — forcing the president to withdraw his nomination.

And despite his personal support for medical marijuana, in the past Stevens has voted to keep the status quo. Having witnessed the ugly stain that pot can leave on those in the legal profession, the fact that Stevens is now in favor of legalization is a big deal, and an encouraging sign for the destigmatization of the drug in the country.

There's still a long way to go. The courts are still playing catch up when it comes to reflecting public opinion regarding pot. Recent polls indicate that more than half of Americans are now in favor of legalizing marijuana, and that number continues to rise; 75% also believe that legalization is "inevitable."

Other than Stevens, no one has been quite willing to vocally support legalization. President Barack Obama has been vague about supporting legalization at the state level, but has not addressed any change in federal policy.