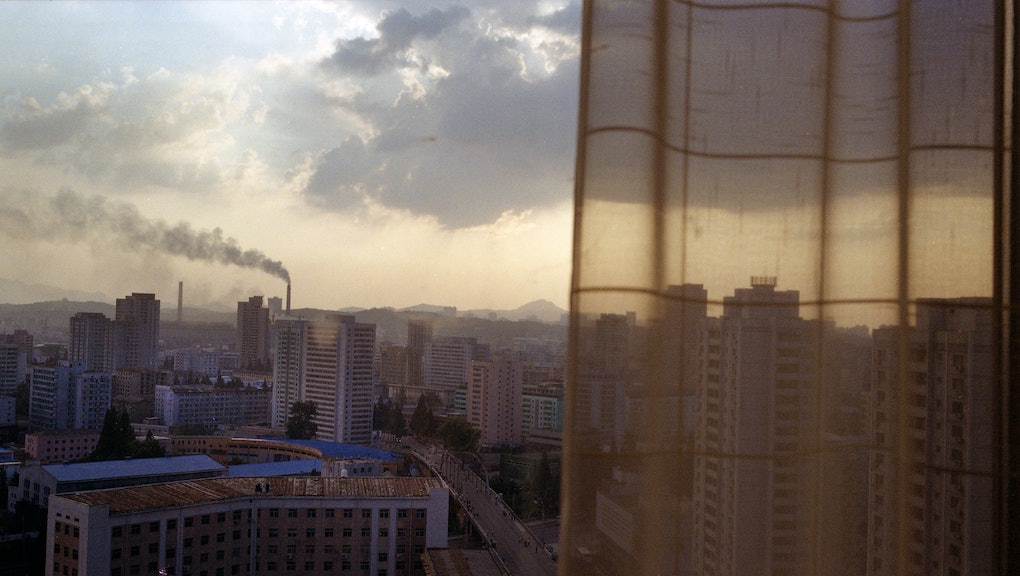 The news: First it was Julian Assange holing up in an Ecuadorian embassy, then Edward Snowden jetting off to Russia. Now we have the latest in a string of unlikely asylum requests: North Korea.

On Friday, the official North Korean news agency announced that a 24-year-old American man was arrested in Pyongyang for improper conduct. The man, identified as Miller Matthew Todd, reportedly entered the country with a tourist visa but tore it up once he got through customs. "I want asylum in North Korea — I want North Korea to be my shelter," he said, according to KCNA.

Timing, timing, timing: North Korea isn't exactly happy about this, announcing that authorities are investigating Todd's "gross violation" of law. But how long does this investigation take? Surely they should be almost done ... considering the fact that Todd's attempted defection actually took place two weeks ago.

That's right. According to KCNA's own reporting, the entire fiasco took place on April 10. The government simply chose to wait for an opportune moment to make the announcement, and decided on Friday, the same day as President Barack Obama's state visit to South Korea. But we're sure that's probably just a coincidence.

Calling for greater sanctions and international pressure against Kim Jong-un's regime, Obama called North Korea "the most isolated country in the world." In response, North Korea told an "eggs on your face" story from two weeks ago.

What happens next? Given that the North Korean government controls the country's information output, it's hard to determine the facts of the case. We don't know if Todd is a whistleblower like Assange and Snowden, or just some dude who likes Kim's haircut. Regardless, the U.S. government is not likely to comment until it has a better sense of what actually happened.

In recent months, North Korea has made a spectacle out of detaining and releasing foreign visitors. In December, an 85-year-old American veteran of the Korean War was released after authorities forced him to make an apology video for fighting against the North. In March, a 75-year-old Australian missionary was also released after confessing to religious activities against the state.

And the most high-profile detainee, a Korean American missionary named Kenneth Bae, still remains in custody after being arrested in 2012. Given all these misunderstandings, maybe it's time for Ambassador Rodman to return to his post.