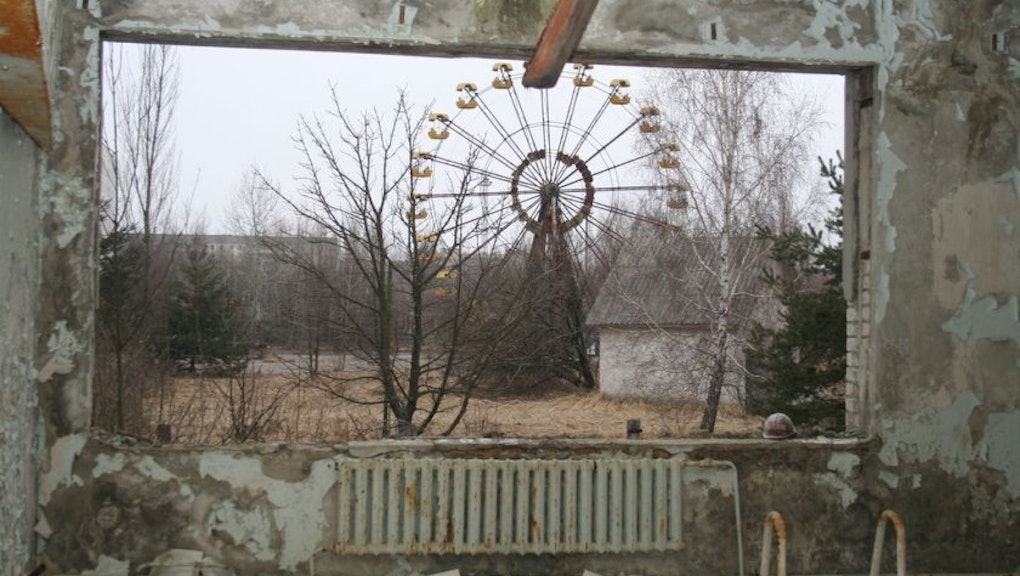 On Saturday April 26, 1986 reactor number four of the Chernobyl Nuclear Power Plant experienced what has been since considered the worst accident in the history of nuclear power. A faulty designed caused an explosion and fire that released large quantities of radioactive particles into the atmosphere, spreading through much of western USSR and Europe. The accident claimed 31 lives at the time, but left many others with acute radiation poisoning.

Though the plant was in a somewhat remote part of the country, the nuclear cloud spread rapidly around the area, making much of the region unlivable. It also eventually resulted in the creation of the Nuclear Power Plant Zone of Alienation, also known of the Chernobyl Exclusion Zone, the 30 Kilometer Zone or just The Zone, area of approximately 1,000 square miles in Ukraine immediately surrounding the Chernobyl nuclear power plant where radioactive contamination from the fallout is highest and public access and inhabitation are restricted. One of the cities most visibly affected in the zone is Pripyat, a now-abandoned city that was developed in the early 1970s mainly to provide a nearby home for the power plant's employees.

Because of the devastating accident at Chernobyl, Pripyat was quickly abandoned and has since become a ghost town with remnants of the lives that once inhabited the city now mostly overrun by nature. To get a sense of what Pripyat has become in the past 28 years, here are some recent photos that depict the haunting beauty of the once-thriving and now-empty city.