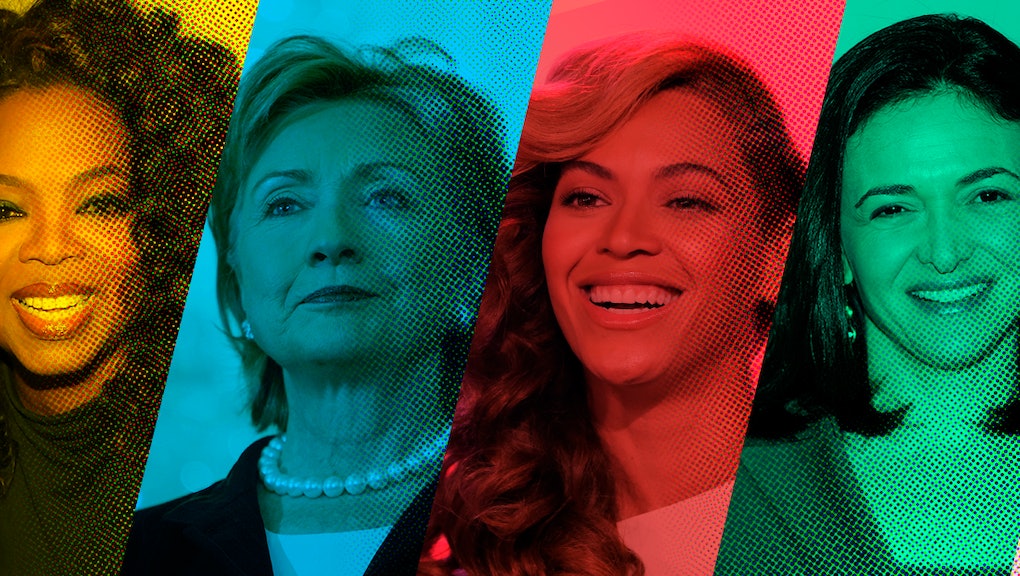 As neglected middle children everywhere have long suspected, success in life may, in fact, be tied to birth order. That's according to a new study from the University of Essex, which has shown that firstborn female children are statistically likely to be more ambitious and accomplished than their siblings.

Firstborn girls are also 13% more ambitious than their firstborn male counterparts, according to the Essex researchers, although men don't appear to be struggling too hard: Barack Obama, Bill Clinton and Winston Churchill were all firsties. And the Guardian points out that the 12 men to have walked on the moon all were either firstborn or only children as well.

The study suggests that girls' higher initial aspirations lead to their furthered education, an especially interesting find in light of news that millennial women are now outpacing men in terms of educational achievement. Lead researcher Feifei Bu looked at 1,503 sibling groups and 3,532 individuals for the study, taking into account the parents' level of education and professional status. Bu found that firstborns had a 16% higher probability of furthering their education than their younger siblings, and girls in particular were shown to be 4% more likely to attain higher levels of education. She also found that a larger age gap between siblings (starting with four years or more) led to increased aspirations and educational achievement later in life. The number or sex of one's siblings had no meaningful effect on educational outcomes.

Bu said there are "several possible explanations" as to what's driving these differences in sibling aspirations and achievements.

"It could be that the parents simply devote more time and energy to them — it could be they are actually more intelligent," she said. "For me, I tend to lean towards the theory that parental investment is possibly at work here."

Bu's research also breaks some new ground in its focus on educational disparities within a family, rather than on previously studied differences between families due to factors like social class.

"Educational disparities exist not only between families but also within families," Bu notes. "It is interesting that we observe a distinct firstborn advantage in education, even though parents in modern society are more likely to be egalitarian in the way they treat their children."

There has long been a cultural fascination with dissecting the impacts of birth order and unlocking the secrets of differing familial success. As Jeffrey Kluger, author of The Sibling Effect: What the Bonds Among Brothers and Sisters Reveal About Us, told NPR, "Birth order is one of those rare things that the average person came upon even before scientists really began realizing it. The population had it right before the folks in the labs did."

While some of the thinking surrounding sibling dynamics and resultant personalities certainly traffics too heavily in stereotypes (think: maligned middle child, or spoiled baby of the family) there is clearly some truth to the notion of the high-achieving eldest. Previous studies have also shown that firstborn children tend to have higher IQs than their siblings.

Of course, there is still much to learn regarding the dynamics of family birth order, not to mention the debate of nature versus nurture. But it seems that for many, it feels pretty good to come first: The Guardian points to another study showing an increased likelihood of firstborn children becoming rock stars (Mick Jagger, John Lennon and Paul McCartney all fit that bill).

On the flip side, firstborn children may also have a higher propensity toward obesity later in life than their younger siblings. Sorry elder sibs, you can't win 'em all.