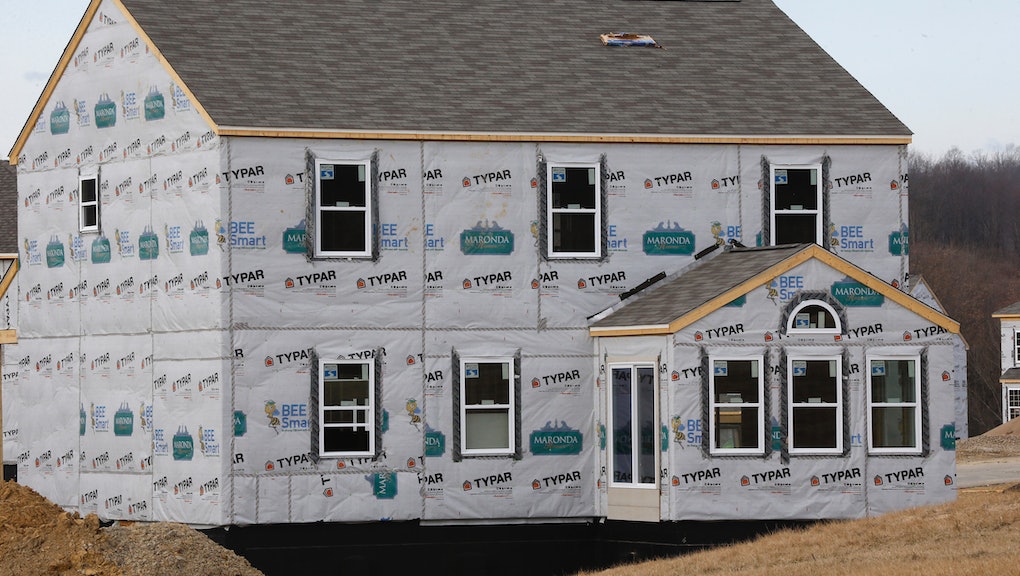 An ancient Native American burial ground dating back 4,500 years has been paved over for a $55 million development project in Larkspur near San Francisco — stunning archaeologists who claim the decision was made under a veil of secrecy and without proper precautions. Historians and archaeologists say that the developers are literally paving over the history of the Coast Miwok people.

According to the San Francisco Chronicle, the site was 600 feet long and consisted of over "600 human burials, tools, musical instruments, harpoon tips, spears and throwing sticks from a time long before the introduction of the bow and arrow." It also contained the bones of black and grizzly bears (the largest collection ever found), as well as what appeared to be the only known ritual burial of a California condor.

"This was a site of considerable archaeological value," said Dwight Simons, a consulting archaeologist. "My estimate of bones and fragments in the entire site was easily over a million, and probably more than that. It was staggering."

"The developer was reluctant to have any publicity because, well — let's face it — because of Poltergeist," he said.

The shell mound containing the artifacts was unceremoniously removed, reburied in an undisclosed location, and then graded over. According to the Chronicle, "not a single artifact was saved." Since the mound was disturbed, any dating work or attempts to analyze the contents of the site are now impossible to carry out. Talk about destroying history.

The developers directed all questions to the Federated Indians of Graton Rancheria, who didn't seem like they were in the mood for much questioning. This isn't a simple developers vs. archaeologists story, for one.

"Our policy is that those things belong to us, end of story," said tribe chairman Greg Sarris. "Let us worry about our own preservation. If we determine that they are sacred objects, we will rebury them because in our tradition many of those artifacts, be they beads, charm stones or whatever, go with the person who died. ... How would Jewish or Christian people feel if we wanted to dig up skeletal remains in a cemetery and study them? Nobody has that right."

Accoring to Eerkens, the developers did require California Environmental Quality Act assessments, with archaeologists brought in to view the site. But the work was done under confidentiality agreements, and the work commenced before anyone could raise the issue.

"There are a lot of things that went wrong here," Eerkens commented to the Chronicle. "It's really a shame."