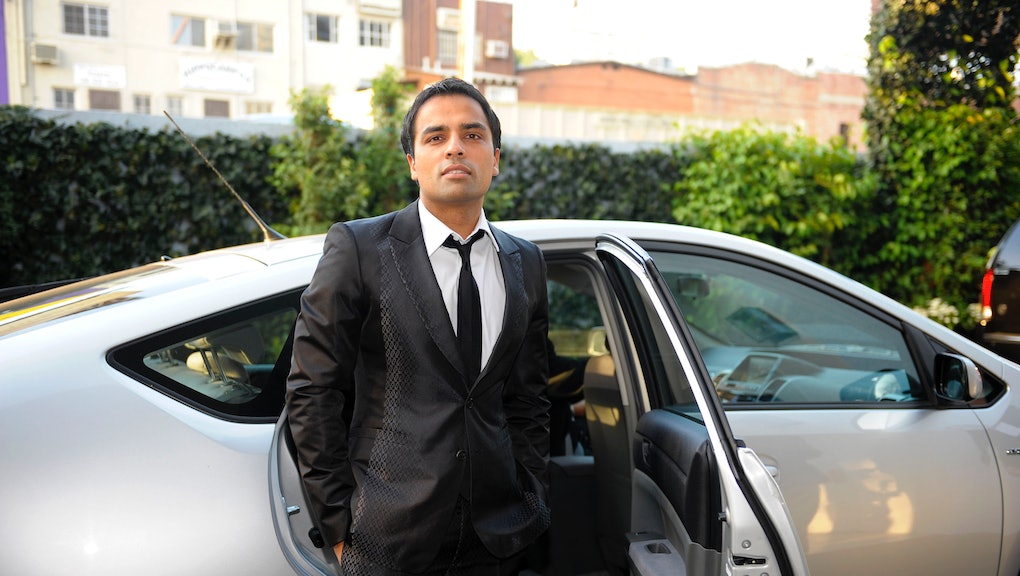 Life of a Silicon Valley CEO: Beat Your Girlfriend, Then Claim You're the Victim

Last summer, Gurbaksh Chahal, ad-tech firm RadiumOne founder and a prominent Silicon Valley entrepreneur, was charged with 45 felony counts of domestic violence, including hitting his girlfriend Juliet Kakish repeatedly in the head, covering her mouth with his hand to obstruct her breathing and threatening to kill her.

But according to Chahal's recent blog post, he is the real victim.

Here's what happened. In early August, Chahal and Kakish got into a fight after she allegedly had sex with another man. According to prosecutors, Chahal hit and kicked Kakish 117 times over a 30-minute period. The episode was also reportedly caught on home security tape, but the judge eventually ruled the footage inadmissable, deeming its seizure a violation of the Fourth Amendment.

When Kakish refused to cooperate with the legal proceedings, the case fell apart somewhat. Chahal pleaded guilty to two misdemeanors earlier this month and was handed a $500 fine, 25 hours of community service and no prison time.

This past weekend, RadiumOne fired Chahal as its CEO and chairman, although he retains a massive stake in the company. Around the same time, a clearly irate Chahal penned a grandiose and unapologetic blog post that may go down as one of the biggest public non-apologies in the history of domestic abuse.

Protesting that he abhors all violence, especially violence against women, Chahal said nonetheless, "I know that my temper got the better of me, and I will regret that for the rest of my life. But there is a difference between temper and domestic violence ... I didn't hit her 117 times, injure her or cause any trauma."

On the other hand, if he did lose his temper, it was for a good reason, and people should probably stop overreacting.

"The situation that resulted in my legal case began when I discovered that my girlfriend was having unprotected sex for money with other people," Chahal explains (his emphasis).

In another blog post, Chahal again painted himself as the victim. "I ended up taking one for the team," he says of his guilty plea. At no point does he apologize to Kakish, beyond accepting responsibility for losing his temper, although he does accuse the San Francisco Police Department of violence and the prosecutors of acting like "rabid dogs." He also blames the media for getting him into this mess.

Commentators have questioned why Chahal doesn't release the surveillance footage that, according to his claims, would exonerate him. In a tweet, Chahal said he doesn't have the tape.

Chahal seems to think that he was unfairly fired from RadiumOne. But as one Twitter user noted, if it was right for Mozilla to fire CEO Brendan Eich years after he made a donation to an anti-same sex marriage campaign, RadiumOne's disassociation from a man linked to an allegedly brutal domestic violence incident is a sensible and fair move.

As Slate's Jordan Weissmann put it: "Arguably bigoted personal beliefs might be one thing. Reprehensible personal behavior is another."

Re/code's Kara Swisher notes that the allegations aren't incongruous with Chahal's image in Silicon Valley. "Chahal has a hard-charging reputation as a leader insider the advertising tech company — many I have interviewed call it 'bullying,' while others said he is simply typical of an aggressive entrepreneur."

Chahal has replied less than gracefully to similar concerns voiced on Twitter.

Still others have begun to pull away from Chahal and his several lucrative companies. Condé Nast's U.K. division, which has worked with RadiumOne, is reviewing the relationship, while TechCrunch has dropped the ad-tech firm as a sponsor for its New York Disrupt Hackathon.

How can we take a stand against Chahal, his alleged domestic violence and his misguided sense of self-grandiosity? Weissmann believes "the only decent response" is for investors and customers to take their money elsewhere. Forbes' Kashmir Hill recommends opting out of RadiumOne's ad targeting, making it harder for the company to monetize your online behavior.

But either way, one of the most important things will be to keep talking about the issue. Chahal was accused of forcefully covering his girlfriend's mouth and beating her into silence, but one man can't silence national outrage.