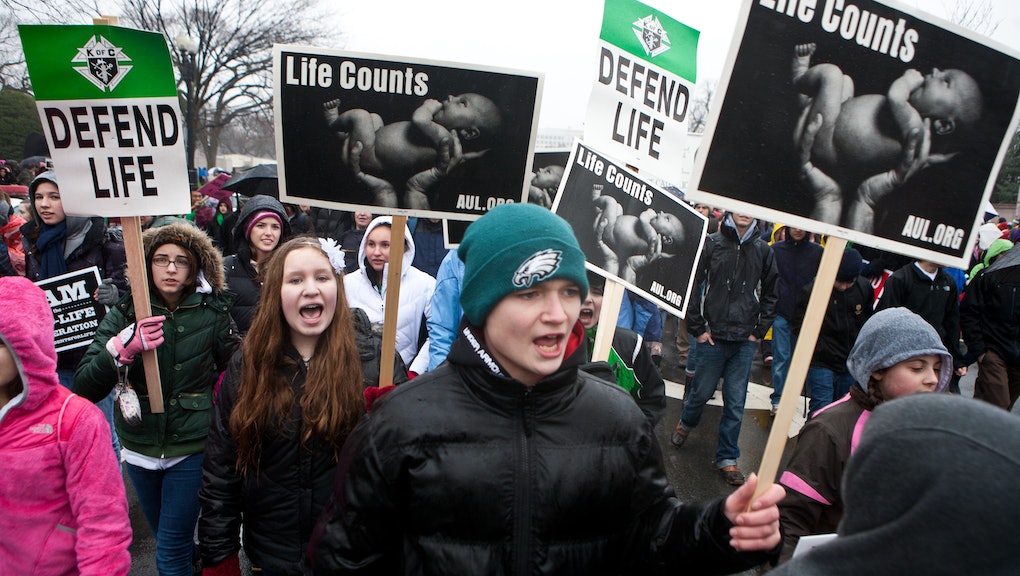 With language like "abortion care" and "pregnancy alternatives," organizations known as "crisis pregnancy centers" target young women seeking abortions. The twist? These centers are not in the business of abortions. Instead, their goal is to convince these sometimes desperate women to keep the unborn child, warning that abortion is a sin, is dangerous or is painful for the fetus.

For years, pro-choice advocates like NARAL Pro-Choice America and Planned Parenthood have worked to raise awareness about the reality of such centers. They are now getting a helping hand from Google, which this week agreed to remove some of the most deceptively-worded online crisis center ads.

Google's decision was made following NARAL research which found that 79% of crisis pregnancy centers advertising on Google lied or inaccurately described their services.

"We discovered that if you Googled 'abortion clinic,' ads funded by anti-choice crisis pregnancy centers (CPCs) appeared 79 percent of the time," NARAL noted on its website. "CPCs don't provide or refer for abortion care, and they shouldn't trick women into thinking that they do."

Indeed, it appears that at least some crisis centers are fully aware of the mechanics of search engine keywords. The anti-abortion group Online for Life notes on its website that "there are approximately more than 2 million Internet searches for words such as 'abortion' or 'abortion clinic.' When women face a crisis pregnancy, they usually feel scared and helpless and don't know where to turn ... so they turn to a place where they can immediately find information and not feel judged — the Internet. This is where the fight to save lives must take place."

The site adds that it uses "innovative Internet marketing techniques" in this fight to save lives.

In a statement sent to the Washington Post, Google confirmed its decision to block the ads.

"We're constantly reviewing ads to ensure they comply with our AdWords policies, which include strict guidelines related to ad relevance, clarity and accuracy," the company said in a statement. "If we find violations, we'll take the appropriate actions — including account disablings and blacklists — as quickly as possible."

Google's advertising policy prohibits ads including "unverified offers and claims that are either scientifically impossible, or otherwise misleading to users," adding that "all advertising claims must be factually supportable."

While not disputing the rights of crisis centers to exist, Ilyse Hogue, president of NARAL Pro-Choice America, said in a press release that all women should be able to have confidence in the accuracy of their search engine's resource options.

"Anything less is aiding and abetting ideologically driven groups with a calculated campaign to lie to and shame women making one of the most important decisions of our lives," Hogue said.