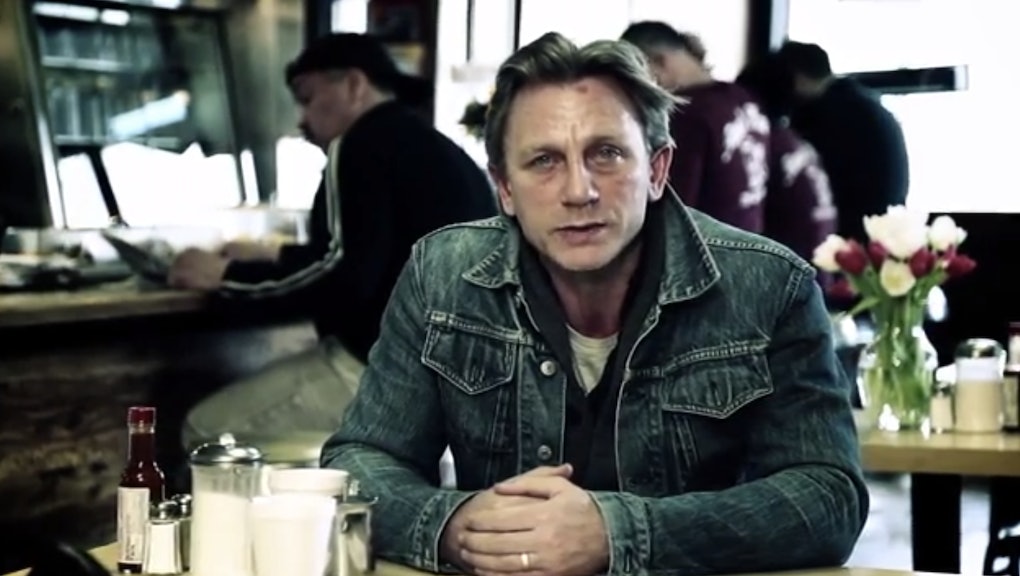 According to the White House's new guidelines for combating sexual assault on college campuses, "The message of the PSA is simple: If she doesn't consent — or can't consent — it's a crime. And if you see it happening, help her, don't blame her, speak up." The video clearly condemns victim blaming while emphasizing affirmative consent and bystander intervention. It is a rousing call to action for men everywhere to become more deeply engaged with these issues.

Vice President Biden introduced the PSA during the official release of "The First Report of the White House Task Force to Protect Students From Sexual Assault" Tuesday afternoon in Washington. Like the video, much of the task force's report is devoted to increasing male activism and awareness surrounding issues of sexual assault. This is a vital step, given that sexual assault is far too often regarded as a woman's issue. The report states, "We need to engage men as allies in this cause. Most men are not perpetrators — and when we empower men to step in when someone's in trouble, they become an important part of the solution."

The PSA is the second of the 1 is 2 Many campaign, the first of which was released in 2012 and focuses on partner violence. It should be noted, however, that both videos utterly neglect male victims of sexual assault and violence — a sorely missed opportunity for meaningful inclusion of a group too often left out of these discussions. (The campaign's website states, "While men compromise a smaller number of survivors, male survivors are no less important.")

Nevertheless, the PSAs signify an important step towards the broader goal of actively engaging more men in issues of sexual assault. The New York Times called bystander intervention programs "the best hope for reducing sexual assaults on campuses," and it's important to let people everywhere know that they, too, can help put an end to these crimes. As Obama states in the 1 is 2 Many spot, "It's up to all of us to put an end to sexual assault and that starts with you."