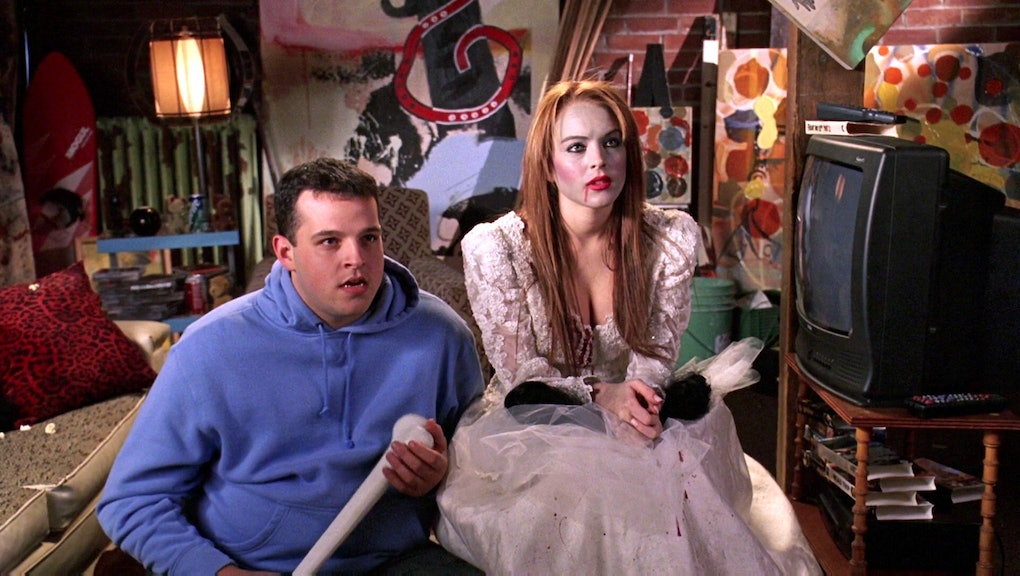 Ten years ago Wednesday, our generation got one of its most important cultural touchstones — Mean Girls. The movie introduced us to a cast of characters who have become archetypes, an endless slew of quotable quotes and a powerful messages on friendship that defined how many of us have navigated relationships to this day.

Mean Girls' sage relationship advice still rings true because it focuses on two kinds of friendships: real and plastic. Plastic friendships are fake, opportunistic and focused on power plays. Real friendships are built on camaraderie, trust and communication. The beauty of Mean Girls is that it puts friendship, especially high school friendship, into perfect context. Watching girl-world evolve, we got real-talk about what friendships should and shouldn't be, and a not-so-flattering reflection of what toxic friendships can become.

In honor of the iconic movie's 10-year anniversary, here are nine lessons on friendship that we've taken from movie and brought straight with us into grown-up life. Maybe the Plastics were more profound than they ever knew.

1. Every friend group has its problems.

One of the greatest lessons Mean Girls has to offer is that the grass is never greener on the other side of the cafeteria. The issues within your friend group are probably similar to the issues happening at the table next to yours, so stop looking around.

Dynamics are hard to manage, feelings get hurt, but communication is the key to all of it. Not all us of get to express our true feelings while trust-falling onto a sea of our peers, but if we stop looking at what the "cool kids" are doing and start paying attention to the people at our own table, our friendships will be the stronger for it.

2. Wannabes do just as much harm as Queen Bees.

Both Mean Girls and Queen Bees and Wannabes, the book it's based on, take on the two key dynamics in girl world: queen bees and wannabees.

While queen bees get a lot of the friend drama culpability, wannabees are just as lethal. In fact, a queen's followers carry out most of the girl-on-girl crime. So if you look around and find yourself acting the wannabe, get out now. You don't need to be taking orders from any queen bee.

3. Coordination can be symbolic of something deeper.

Janis and Damien's matching purple tuxes were the unsung hero of spring fling, and they were the perfect counter-balance to the Plastics, "On Wednesdays we wear pink."

Mean Girls taught us that standing out can be very cool, but standing with your friends can be even better. While the Plastics used fashion for control, Janis and Damien's matching is a different kind of coordination: solidarity.

4. A great friend calls you out.

Janis may not be the friend MVP of Mean Girls, but she's definitely Most Improved. She may use Cady to get revenge at the beginning, but she eventually tries to rescue her from the world she thrust her into.

When Cady crosses the girl Rubicon and turns her back on herself, Janis does what a good friend should and tries to bring her back to reality. Sure she tells it to her via an insult, "you're cold, shiny plastic," but sometimes doing good takes a little bit of a sting.

5. Never use romance as a weapon.

Whoever designated the word "crush" to mean "the overwhelming feelings of attraction toward another person" knew exactly what they were talking about. Not only can being lovesick and in high school make you physically sick, it can also drive a wedge between friends — and a lot of girls know just how best to do that.

Thanks to the Regina-Aaron Samuels-Cady love triangle, we learned some valuable lessons about romance and friendship. If someone else is using their love life to make you jealous, you probably shouldn't be friends with that person. Also, if a friend or even a frenemy has a boyfriend or girlfriend and you happen to like them too just stay away, even if their hair looks sexy pushed back.

6. Manipulation will happen; you have to learn to spot it.

Unfortunately, many people are insecure enough to require constant validation, and Regina George is one of those girls. Her slight head nods after declaring "I wanna lose three pounds" remind her friends of their role as ego-inflators, while her retorts tear them down any time they show some self-confidence.

Regina is a harsh stand-in for a very particular kind of relationship that we will all experience at one point or another. The best thing to do when you realize you're being manipulated is to snap out of it, back away from the relationship and go hang out with Janis.

Re-watching Mean Girls after a decade of non-teenage puts the grown up vs. teen worlds into new perspective. How can some parents just sit idly by while their teenagers party, bully and pelvic thrust their way through life? Luckily, Cady's pushover parents and Regina's "cool mom" are countered by the strong, decisive leadership of Ms. Norbury, who is a role model for the ages.

As we grow up, role models get harder to come by but keep your eyes peeled for them, they don't come through life often. If you choose the right role models, they can make you a better friend and a better person.

8. Stand by your true friends, no matter what.

Before "It Gets Better," there was Damian and his supportive best friend Janis. Damian's out-and-proud character may have some slightly outdated stereotypical tendencies now, but in 2004 he was one of a kind.

It's hard to imagine Janis without Damian and vice versa. Mean Girls packed a lot in this power duo. They have perhaps the most enduring friendship in the movie, which is a testament to standing by one another no matter what.

9. The language you use among your friends matters.

If Tina Fey had used watered-down insults throughout the script, Mean Girls could have been PG. But the insults in the Burn Book and elsewhere were closer to real hate speech, with slurs like "fugly," "dyke," "whore" and "retard" flying out of characters' mouths faster than the word vomit.

The prevalence of biting insults throughout the film makes Ms. Norbury's warning to "stop calling each other sluts and whores" even more powerful. There are a lot of words we say without even realizing it, and keeping our language kind will make us a little kinder too.