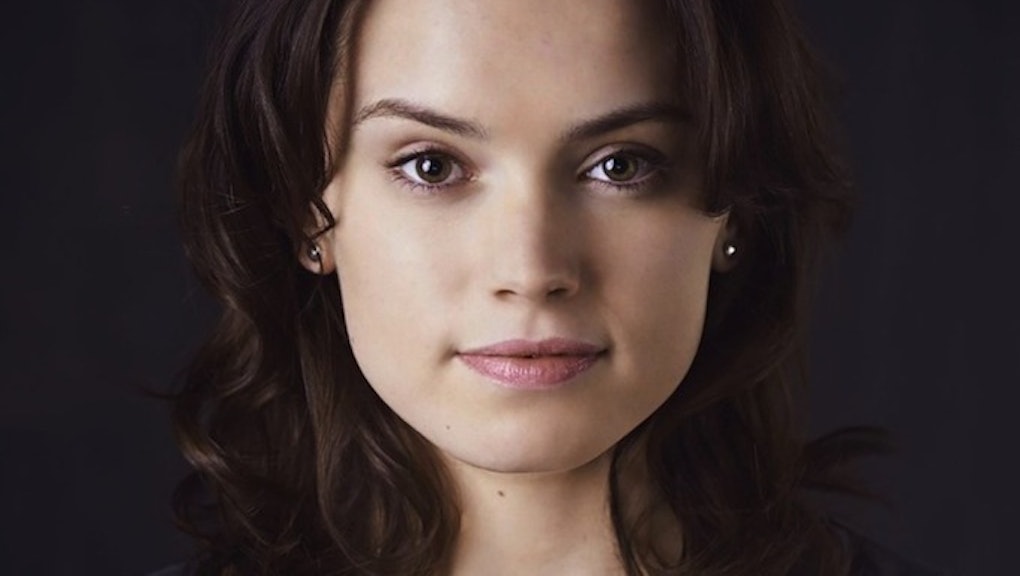 This Actress Might Play Our Generation's Biggest Heroine, And You've Never Heard of Her

So far, Star Wars: Episode VII has two female cast members: Carrie Fisher reprising her Princess Leia role and newcomer Daisy Ridley. There are reports that another crucial female lead is yet to be cast, but like all things Star Wars, further information on that is under lock and key. Still, while Star Wars is not known for its wealth of female roles, if Ridley follows in Fisher's footsteps she will occupy one of the most defining female roles of this generation.

When Fisher was cast in the original Star Wars she was also a relative unknown. She had famous parents, which put her on the Hollywood genealogy map, and a small part in the Goldie Hawn movie Shampoo, but was known more because of nepotism rather than her actual chops. Her role both sky-rocketed Fisher to movie star status and made Princess Leia a cultural touchstone that has endured the decades.

Princess Leia is an action hero, an action figure, a Halloween costume, a sexual fantasy and a point of enduring cultural analysis. She may have been the only female character driving the plot forward (the other two women with speaking roles in the first film are Aunt Beru and a Rebel Alliance representative) but the cultural weight of the character was significant beyond screen time. Empire Film named Princess Leia the 89th most important movie character in history, she's been named one of the "best heroes of all time" and as the mark of a key cultural icon, she's launched endless copycats.

Princess Leia was arguably the most lasting female character of her generation, and it's possible Ridley is poised to repeat that fate.

What we know about Ridley is minimal, and for the purposes of achieving icon status, that's probably a good thing — audiences will initially only know her as the Star Wars character she plays. What we do know is that she's a British actress who has appeared in the costume drama Mr. Selfridge, as well as a few other TV mystery series. She also had a role in the sci-fi short Blue Season. She reportedly beat out some heavy-hitting actresses, like Lupita Nyong'o, for the part — though there is still hope that Nyong'o will play the yet-to-be-named other important female role in Star Wars.

While Ridley's Star Wars character is unknown, there is speculation that she will play Jaina Solo, the daughter of Han Solo and Princess Leia, one of the many female characters who is part of the wider Star Wars universe who has yet to make it to the big screen. Fingers crossed her character does not go the way of Queen Amidala, a strong set-up for an iconic female character that ultimately fell victim to the female trope of debilitating heartbreak, not the powerhouse path of icon-making badassery.

While the Star Wars galaxy is disappointingly still predominantly made up of dudes, there is hope that Ridley could be stepping into this generation's most enduring female role. If she follows in Fisher's footsteps she could become an action hero, an icon, a cultural touchstone. Though if the galaxy far, far away doesn't welcome in gender equality soon, Star Wars: Episode VII will still fail the Bechdel Test.