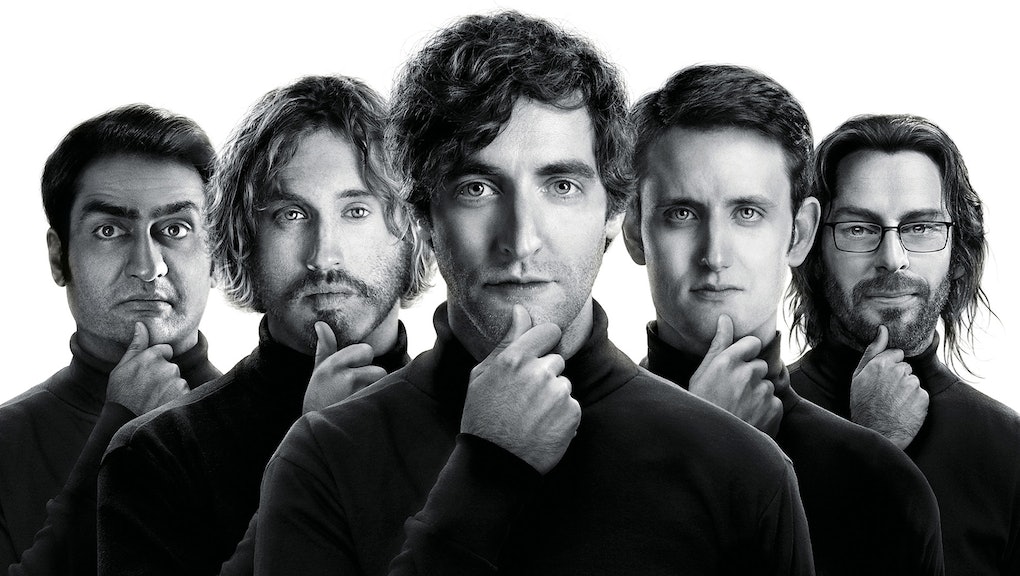 90% of Our Peers See Entrepreneurship Differently Than Most People Think

When people think of entrepreneurs, they think about Silicon Valley. They picture the guy (or gal) in flip-flops and a hoodie, with shaggy, untended hair, cranking on their Macbook at all hours of the day. You know the type: the one who never bought into the traditional 9-to-5 desk job, or who did and quickly figured out that corporate life was no fit for their distaste of bureaucracy, let alone their wardrobe. So off they went, raised a couple thousand dollars of VC money and created an app that sold for billions two years later.

While that's surely a tad hyperbolic, entrepreneurship is still widely viewed in this light. Whether it's the front-page news or the dizzying number of zeroes that seem to fall after every tech deal, the story of the entrepreneur is the story of the person who took a risk and got rich.

Not only does this not fit with our generation's reality, but it does a disservice to the scores of entrepreneurs and intrapreneurs changing the world outside of the spotlight.

Whether it's the budding field of social entrepreneurship or the rise of an emerging field like "intrapreneurialism," which entails changing organizations from the inside out, the very face of entrepreneurship is shifting.

It's not surprising that this is a new reality. In a world where 72% of Millennials want to quit their current jobs to do their own thing, while another 61% believe they will likely do so within two years, the reality is that only 35% actually do it. So, in true Millennial fashion, never content to sit tight and accept status quo, this nouveau entrepreneur is taking the resources around them — access to capital, world-class talent and highly developed critical and creative problem-solving skills — and putting them to use in previously unimagined ways.

The beauty is that this entrepreneur is everywhere, from the consulting world to advertising, entertainment, law and education. We combed through a few industries and sat down with the real faces of entrepreneurship — those who might be sitting right next to you.

By day, Grant Tudor is a senior strategist at Ogilvy & Mather, working with major brands and businesses. Having come to advertising from the social enterprise sector, Tudor was troubled by the simple fact that numerous social enterprises with similar marketing challenges to major brands simply can't solve them, due to their resource constraints.

He set out to change this.

"It started small," Tudor said, "with one friend needing help on one particular project with a start and end date."

He looked around the four walls of Ogilvy & Mather and began mobilizing resources to bring the marketing skills of his profession to the social sector. His initial approach was thoughtful and deliberate; he didn't "come out of the gates blazing." He reached out selectively to a handful of people whom he trusted most and who served as "a close army of advocates" he could "lean on in those early days and as I sought to do more."

The success of one project led to another, and over time naturally blossomed into more. A year and a half into operations, Populist, the organization that grew out of Tudor's idea, now serves social enterprises across four continents, having worked with numerous organizations on a variety of marketing challenges.

"You hear about successful organizations years later, but the reality is that most start as a project," Tudor said. "Do what you're interested in and see where it takes you."

He's not alone. Laura Heywood had a similar experience.

As a theater arts major in college, Heywood stayed closely involved in the theater scene when she moved to New York City, which is how she discovered (“by accident!”) Story Pirates, an arts education and media nonprofit, at a performance in 2008.  She was “so taken by the creative and fun performance, and the philanthropic mission of the group,” that she inquired to get involved.

What started as weekend volunteering quickly turned into "super fandom" (as the Story Pirates say). For Heywood, "it was like falling in love and wanting to tell everyone about your boyfriend," she said. "I couldn't tell people enough."

But Story Pirates was blessed with numerous super fans just like her. So when Story Pirates' annual benefit rolled around, she saw an opportunity to go beyond super fan status and stand out as a more serious candidate to get more involved.

As director of Talent & Industry Relations at Sirius XM, her professional skills were invaluable to the organization as they planned the benefit. Her skills as a producer helped make the event a huge success, multiplying the profits from previous events. Reflecting on the opportunity, Laura said, "with the skillset I was able to bring to the table, I was able to give the Story Pirates something that no one else could."

And she continued to deliver. Based on her recommendation, The Absolutely Mindy Show booked Story Pirates for a radio segment, launching a years-long partnership that has culminated in a monthly live “radio plays” show, where Story Pirates perform original stories written by kids. Kids Place also produces “Story Pirates Radio” on Saturdays. The result: Story Pirates can now reach 25 million listeners, far beyond their reach in local markets. This symbiotic entertainment/ philanthropic effort has brought her work at Sirius XM and her volunteering for Story Pirates "full circle."

And best of all, in true nouveau entrepreneur fashion, she reflects on not having needed to "quit my job and start a whole new life to feed my passion and make a difference."

The move from volunteering to entrepreneurship is a track that many of our passionate peers take. Six months into his post-graduate job as a business analyst at Accenture, one of the leading accounting firms in the world, Scott Munro started thinking about a way to contribute to his local San Francisco community. He was keen to not just volunteer his time, but also his "brain, in order to help the community in some way." What interested him most was "combining a love for learning and thinking with a passion for giving back." When a friend reached out and asked him to get involved with Minds Matter, a not-for-profit college preparatory and mentoring organization, he jumped on the opportunity.

Drawing on his experiences as a management consultant and as the CFO of a quarter-million-dollar organization, The Corp, while at Georgetown University, Munro acts as a change agent by leveraging his professional experiences, noting that "the skills I learn from consulting [at Accenture] help my non-finance functions — structuring strategic conversations, translating initiatives/ideas into logical, easy to follow structure and presenting in front of management — while The Corp experiences help frame my thinking on what policies should be in place, how should we think about investing excess capital, how do we manage our working capital and so on."

Interestingly, even in the face of the widespread interest and growing popularity to do this type of work, these nouveau entrepreneurs faced real barriers when it came to balancing resources.

"While colleagues at my level have been very receptive and supporting, I don't talk openly with senior management about it," Munro said. "Not because they wouldn't be supportive, but I don't want them to think I won't get the work I need to get done, done."

Tudor echoed this concern. "It can be uncomfortable and terrifying to admit that you're doing work that’s not 'work,' even if you know there's no conflict and you're delivering on what you're being asked to do."

But the silver lining, Munro noted, is that "there's a lot of untapped willingness to help among people our age. People are much more willing to help you with what you're doing when they see that what you're doing is good. If someone sees one person helping out in one way, they want to contribute as well. As you talk about it, people get on board."

Three interviews later, I can't help but think that for every entrepreneur who jumps ship (the 35%), there are dozens more staying put in their day jobs, but making no less of an impact. After all, what is entrepreneurism if not deploying resources in new and imaginative ways that had not previously been done?

So it's no wonder that 90% of millennials think being an entrepreneur reflects having a certain mindset rather than having started a company. And for the 90%, lessons in this type of nouveau entrepreneurism provide an encouraging path forward.

"There's something fascinating and rewarding in realizing that everything was right at your fingertips, it was just how you used it."