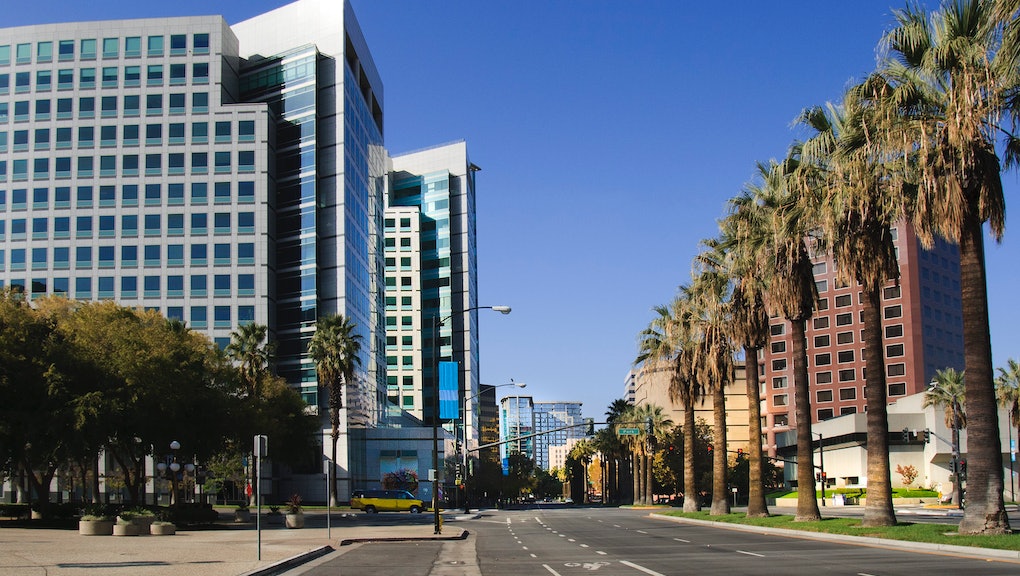 One Year Later, Here's What San Jose Looks Like After Raising the Minimum Wage

One year ago, San Jose, Calif., raised its minimum wage to $10 an hour. From the moment an increase was first discussed, opponents quickly painted a grim scenario. San Jose Mayor Chuck Reed (D) said that a higher minimum posed "the biggest threat" of any issue to the city's economic development.

Specifically, a chamber of commerce-backed memo warned that raising the minimum wage would:

1) Cost at least $600,000 in costs just to enforce the law and cover the increased bureaucracy.

3) Force 30% of employers and 43% of those in charge of hiring minimum-wage workers to lay off employees.

4) Lead to aggressive government overreach, claiming that the city would "investigate financial records of private businesses and individuals" and allow "'private enforcement' lawsuits."

5) Kill jobs left and right and cause hiring freezes.

"Our opponents said it was going to destroy Silicon Valley," said Prof. Scott Myers-Lipton of San Jose State University. But with a 60% majority in favor, Measure D was passed in 2012 and the new wage went into effect on March 11, 2013.

And guess what happened? None of the above.

1) The $600,000 annual enforcement cost evaporated; so far, the city has racked up just $5,000. No new bureaucrats were added, with the compliance department merely shuffling staff to handle the small amount of extra work.

2) Workers have averaged the same number of hours as they did before.

3) San Jose businesses grew by 3%, as reported by the San Jose Downtown Association.

4) Just a dozen or so noncompliance complaints were investigated through mid-2013 in the 10th largest city in the United States, with a metro population of 1.975 million people and 84,000 businesses.

And the concerns about Silicon Valley haven't been an issue. The tech boom has continued to explode, fueling various industries and keeping workers busy, posting 36.5 hours in 2013 versus 36.9 hours in 2012.

Let's break that down: The average worker making $9 under the previous minimum wage law would is now taking home an extra $36.50 before taxes. Assuming two weeks unpaid vacation, that's about $1,825 a year (or about $152 a month), enough to help pay off student loans, go on a cheap vacation, cover a minor emergency or buy a living room's worth of electronics — all expenses that many minimum wage workers can't otherwise afford. Alternatively, this $152 a month could help raise a family above the minimum requirements for SNAP benefits, relieving a strained and hardly livable safety net.

Listen up, feds: If raising the minimum wage has worked so well for San Jose, why are members of the federal government (I'm looking at you, GOP) having such a hard time agreeing to raise the minimum wage? On Wednesday a Senate proposal to raise the federal minimum wage to $10.10 was brought to the floor, but a Republican-led filibuster meant that no one was going to get to even talk about the issue. Republicans are arguing that raising the minimum wage to $10.10 per hour would damage the nation's already fragile economy, with Sen. Mitch McConnell (R-Ky.) saying, "[T]he American people haven't been paying attention to [Democrats'] recent dismal record at actually helping the people they claim to care about."

But soon after the measure was defeated 54-42 (with 60 votes needed to advance), President Obama spoke from the White House, saying, "If there's any good news here, it's that Republicans in Congress don't get the last word on this issue, or any issue. You do, the American people, the voters."

"If your member of Congress doesn't support raising the minimum wage, you have to let them know they're out of step, and that if they keep putting politics ahead of working Americans, you'll put them out of office," Obama added.

To be fair, the rhetoric from both sides is, in many ways, a lot of bluster, but San Jose's real experience shows that raising the minimum wage can put little more than a dent in the local economy while still helping low-wage workers get a fairer deal on their labor. Maybe it's time Congress took note and thought more seriously about raising it on the national level.