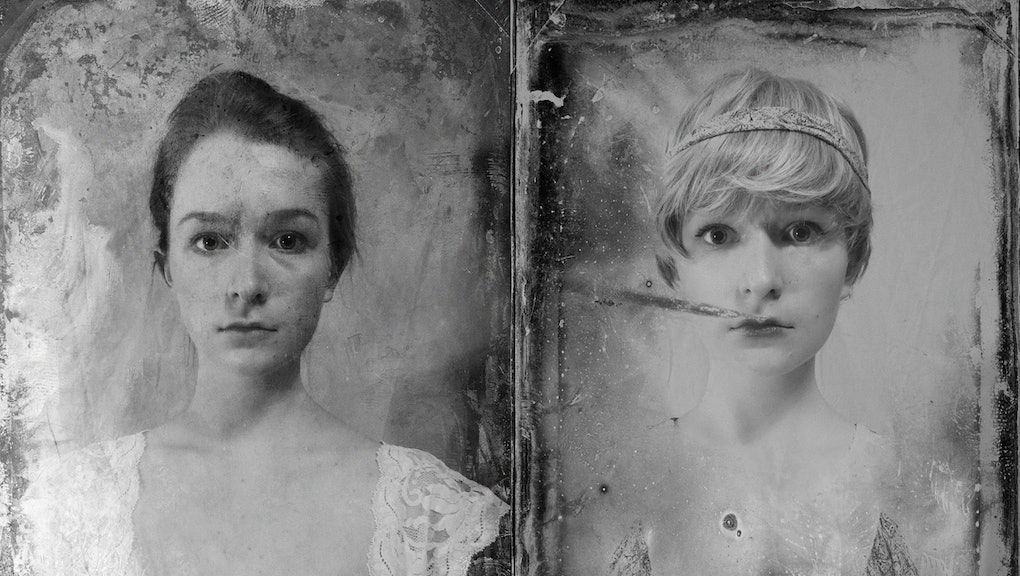 In her project "Counter // Culture," 16-year-old photographer Annalisa Hartlaub captures all the mainstream and countercultural movements that have defined the last 10 decades. The results are a stirring series of portraits that bring life to a century of women, contextualizing how the friction of mainstream and counterculture defined progression.

Hartlaub was inspired to do the project thanks to a photography class. "I've been very interested in culture and counterculture for a while now, and when I was assigned a portraiture project I decided I wanted to incorporate that interest into my work," she told PolicyMic. She put the project together using herself as a model, taking clothes she already owned and employing filters that would have matched the technology of each era.

Seeing 100 years of women and norms timelined so seamlessly carries a weight beyond the images. It captures what women in each eras looked like and how the the countercultures of each time challenged established norms and built upon the decades before. The '20s flapper pushed for a challenge to traditional womenhood, the '50s beatniks used hair and fashion to protest against middle class luxury, the '70s yippies channeled a free aesthetic to underscore their pursuit of pacifism.

Hartlaub told PolicyMic that for her the '60s and '70s embodied the strongest gap between the culture and countercultural trends. "They radically changed styles and values of the time and completely turned away from what was in considered acceptable in the mainstream," she said.

Take a look at Hartlaub's photographic series to experience the powerful history she tells through pictures.

1930s: Those less affected by the Great Depression vs those very affected.

All photos reprinted with permission of the artist.