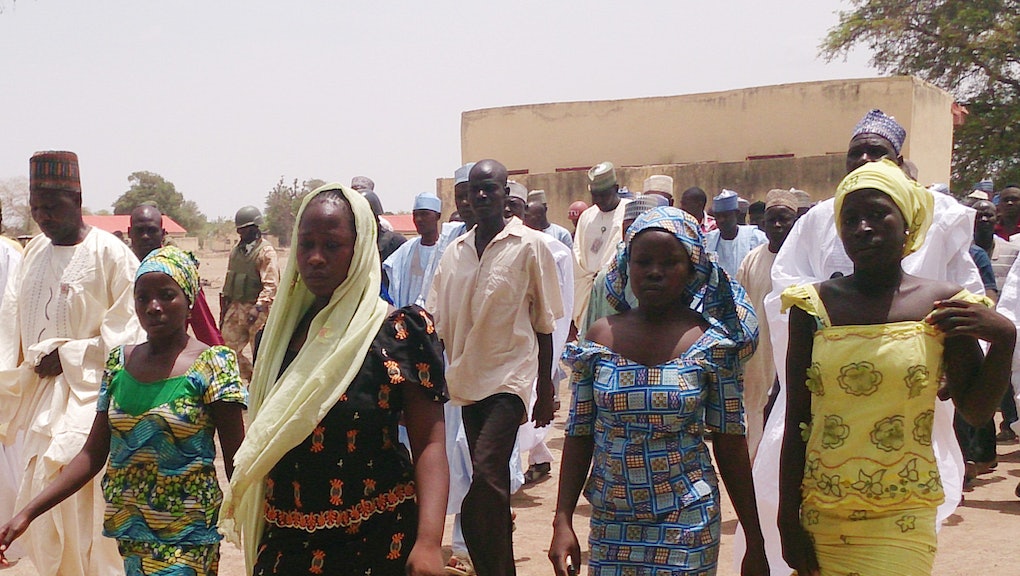 UPDATED 05/09/2014: We've removed the list of names from this post out of respect for the safety and privacy of the families of the kidnapped girls. For more information on how publishing the names of hostages could endanger the victims and their families, read this helpful blog post from Mikael Owunna.

Three weeks ago 234 Nigerian schoolgirls were abducted from a boarding school by armed militants suspected to be members of the Boko Haram terrorist group. Some have escaped, but 180 remain lost.

Headlines run rampant with reports that the girls will be sold, and that the Nigerian government has bungled the search for the 16- to 18-year-old girls.

As the search continues, the media has become fascinated with the story, lumping all of the girls together into one pile. The 180 girls have no faces, no names. As Ebony's senior editor Jamilah Lemieux wrote:

These are real girls, they are not changing numbers in underreported news stories. They are as important and as loved as the Blue Ivys, the Keishas, the Naimas, the Beths and the Beckys of the world, and they deserve to come home. NOW.

A new project called #bringbackourgirls hopes to add humananity to the story. These girls are more than a number.

With every day that passes, the likelihood that the girls will be successfully rescued grows lower and lower.

"Some of them have been taken across Lake Chad and some have been ferried across the border into parts of Cameroon," said Pogo Bitrus, a Chibok community leader. Locals in the area claimed that many of the girls had been married off to members of the insurgency in mass ceremonies, while others were sold off as sex slaves or cooks. "It's a medieval kind of slavery," Bitrus added.

While Nigerian President Goodluck Jonathan's wife, Patience Jonathan, was busy criticizing the protesters by proclaiming, "You are playing games. Don't use school children and women for demonstrations again," not a single hostage has been recovered. On Sunday the president, who had pledged to find the abductees, admitted that he had no idea where any of the girls where.

"It's alarming that more than a week after these girls were abducted, there are not any concrete steps to get them back," said Human Rights Watch Nigeria researcher Mausi Segun.

Something like this is never business as usual, no matter where it occurs. Those 180 with real names and loved ones deserve better than a casual dismissal.