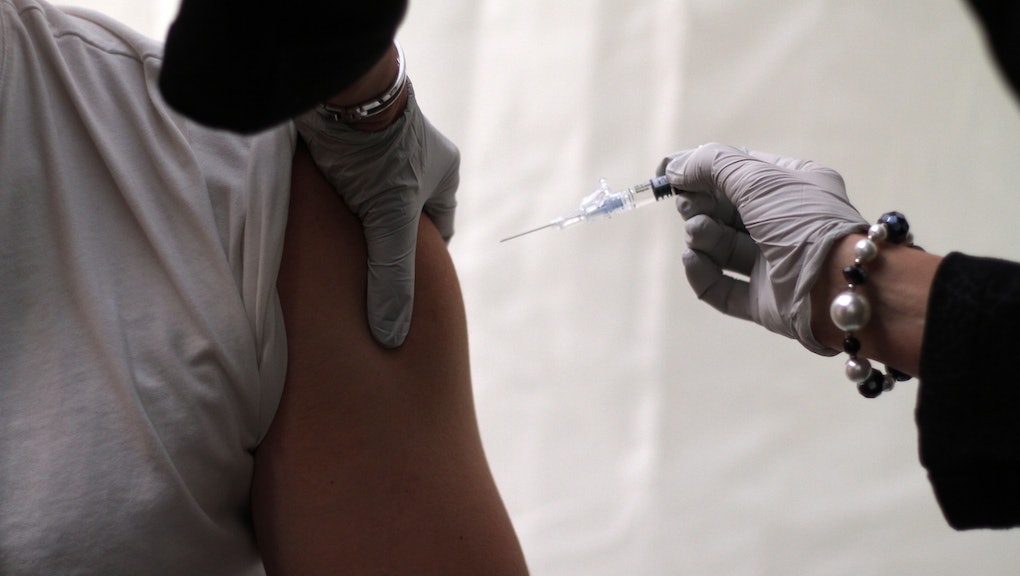 The number of adults without health insurance is dropping like a rock — besting the previous low in Sept. 2009 by 0.5% and down nearly 5% from a staggering high of 18% around the fall of 2013.

Just 13.4% of Americans now lack health insurance, in a shift Gallup attributes to provisions in the Affordable Care Act requiring all U.S. citizens to purchase coverage.

The number of uninsured fell even more dramatically among black and Hispanic people (with a 7.1% and 5.5% decrease respectively) and with those with less than $36,000 in annual household income (-5.5%). Significant decreases were noted in all age groups but the elderly (which rose 0.2%), but were concentrated among the 18-25 and 35-64 demographics.

While Jonathn Cohn at The New Republic cautions that "polling on insurance status is really, really difficult," so the exact number might be higher or lower, arguments from conservatives and Republicans that Obamacare is having no effect on the number of enrollments are "just not credible anymore."

But there's a big problem: Democrats will have to deal with a challenging midterm season where Obamacare is less popular than ever, according to new Pew Research polls. Fifty-five percent disapprove of the law, which is as high as it has ever been since it was enacted in 2010 with a previous record of 54%. Forty-three percent "strongly" disapprove, also a record high. Just 41% approve of the ACA (up 4% from the record low).

Numbers have barely moved in either direction since sign-ups on the exchanges exceeded goals in previous months. It's likely that some of the opposition (and likely the vast majority of the "strong" disapprovals) stems from the GOP's purely political distaste for the law, while others may resent either the disruptive effect of reform or ultimately having to pay more bills. But it's also important to note that Pew found that most people recognize that the law is here to stay, so whatever grumbles and discontent Americans have over the ACA are likely to fade with time.