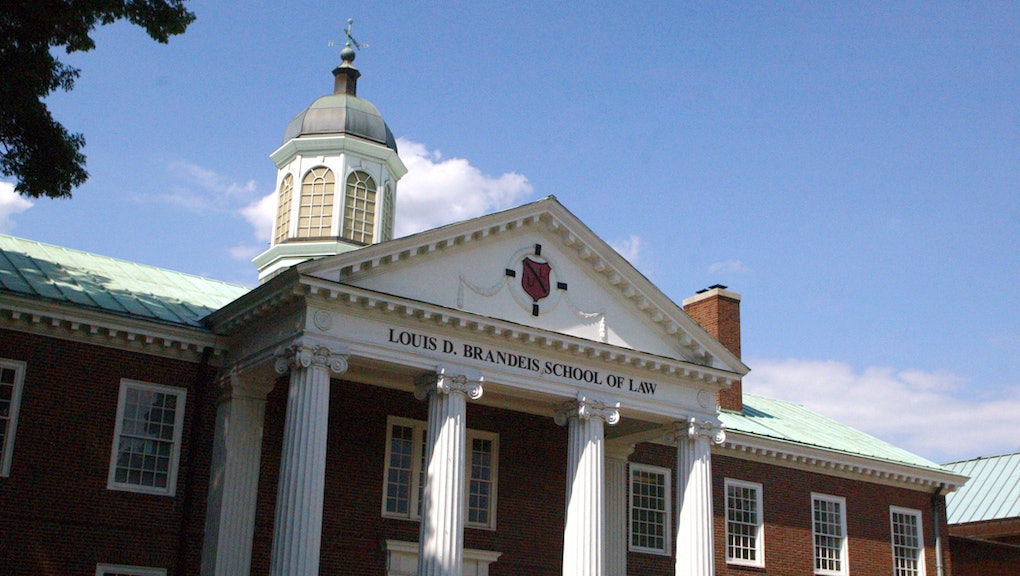 It's official: The law school bubble has popped. What was once a thriving, almost sure-thing is now becoming a risky and increasingly unattractive option for thousands of college grads.

Factors such as shifts in technology, billing methods, globalization and the unavoidable cuts caused by the sub-prime mortgage crisis have meant that the profession isn't as flourishing and lucrative as it once was. Luckily, a lot of prospective lawyers have recognized this and the numbers of LSAT takers and American Bar Association applicants have dropped like rocks.

Poor prospects: While fewer people are choosing the law school route, that doesn't change the situation for the thousands of new, young lawyers saddled with mounds of debt they won't be able to repay anytime soon.

Unfortunately, this trend of law school applicants was far enough behind the economic downturn that many didn't realize how risky of a financial decision they were making at the time. As the legal job market continues to taper down, these increasingly expensive price tags are only generating higher barriers to entry, meaning fewer and fewer people (and probably more and more rich people) will be able to pursue their J.D.

"In the '80s and '90s, a liberal arts graduate who didn't know what to do went to law school," said Indiana University law professor William D. Henderson. "Now you get $120,000 in debt and a default plan of last resort whose value is just too speculative. Students are voting with their feet. There are going to be massive layoffs in law schools this fall. We won't have the bodies we need to meet the payroll."

That's not to say going to law school isn't a good decision. Over time, law school grads get a median bump in their salaries of around $32,300 a year, and that premium grows over time to possibly as much as $60,000 more.

However, while the investment may pay off financially in the long run, that doesn't change the fact that it's become an increasingly complex and expensive gamble for the thousands of would-be lawyers who just can't afford to take their chances on three years of expensive education that might not lead anywhere. If these trends continue, lower-tier law schools may be forced to close, and young lawyers may wonder if they would have benefited more by enrolling in growth careers in STEM fields or health care.