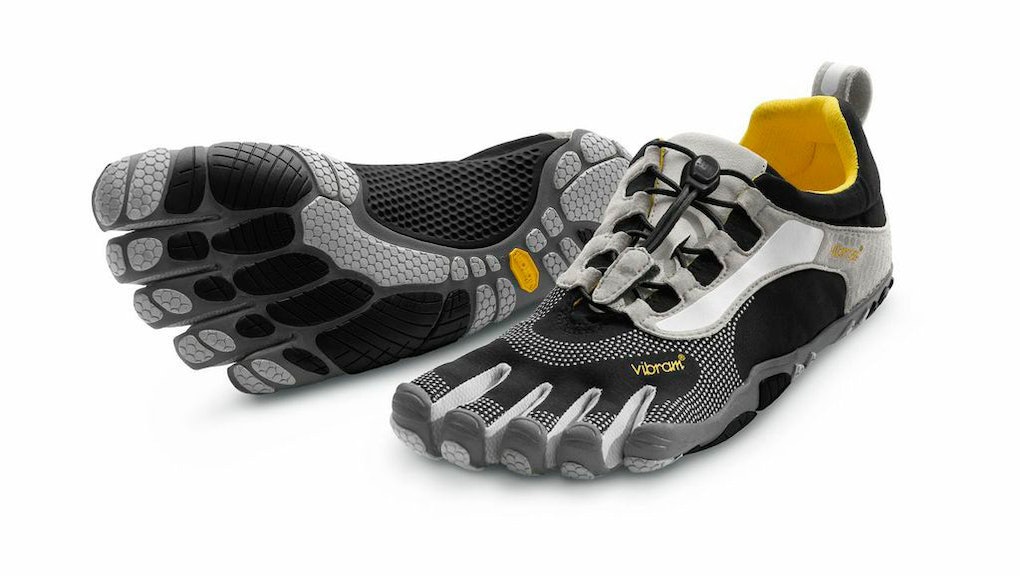 Own a Pair of These? You've Been Lied To

The news: Vibram can no longer tell people that its signature goofy FiveFingers shoes have health benefits, according to a class-action lawsuit for $3.75 million settled earlier this month. Vibram, which claimed its shoes could reduce foot injuries and strengthen foot muscles, must now repay all claimants unless it comes up with proof that the shoes worked as intended.

Everyone who purchased the shoes between 2009 and the date of the settlement is now entitled to a refund of up to $94 per pair, though most claimants will received $20-$50. It's good for up to two pairs, but FiveFingers can request proof of purchase.

Vibram FiveFingers latched on to the burgeoning "return to the natural" trend that also included things like the Paleo Diet and Erick Erickson. Here's an example of what they were telling customers, from a page called "Why Barefoot Works":

Just remember, improving the skill of those muscles then practicing and using those muscles in Vibram FiveFingers® will increase both endurance and strength. This will have profound beneficial effects on your body and well-being.

Who got ripped off? Mostly barefoot runners and tech yuppies who liked the disruptive concept. Silicon Valley entrepreneur Tim Ferriss called them "nothing short of spectacular" in a blog post. Google co-founder Sergei Brin was apparently fond of wearing them at parties, while FiveFingers were made fun of in HBO's Silicon Valley. Supporters of barefoot running and the shoes were told it was more "natural" to run in FiveFingers and that it would cause less injuries and help heal foot conditions. In 2009, Born to Run author Chris McDougall explained to Wired that, "If this were a drug, it would be yanked off the market" and said it fit into a running lifestyle "designed for persistence hunting." (For what it's worth, he now says he never meant to start the barefoot running movement.) Lots of running sites published glowing reviews.

But as Gawker notes, anyone who bought into Vibram's claims might just not be true, they might actually have been a little dangerous. A 2013 study concluded, "Increases in bone marrow edema [the precursor to a stress fracture] are more common in subjects who were transitioning to the [Vibram FiveFingers]" and advised that if runners chose to minimalist shoes that they should do so over a period longer than 10 weeks. The New York Times found that at minimum, anyone claiming the shoes were better for people of all running styles was probably wrong. One group of researchers found that almost a third of 566 runners tried the minimalist shoes, but 32% of them had experienced injuries they attributed to the footwear.

How do I file my claim? Vibrams will establish http://fivefingerssettlement.com/ (not active yet) as a way for anyone who wants a refund on their shoes. Additionally, the company will have to run 300 million ad impressions on Facebook and running websites to inform the public of the judgment.