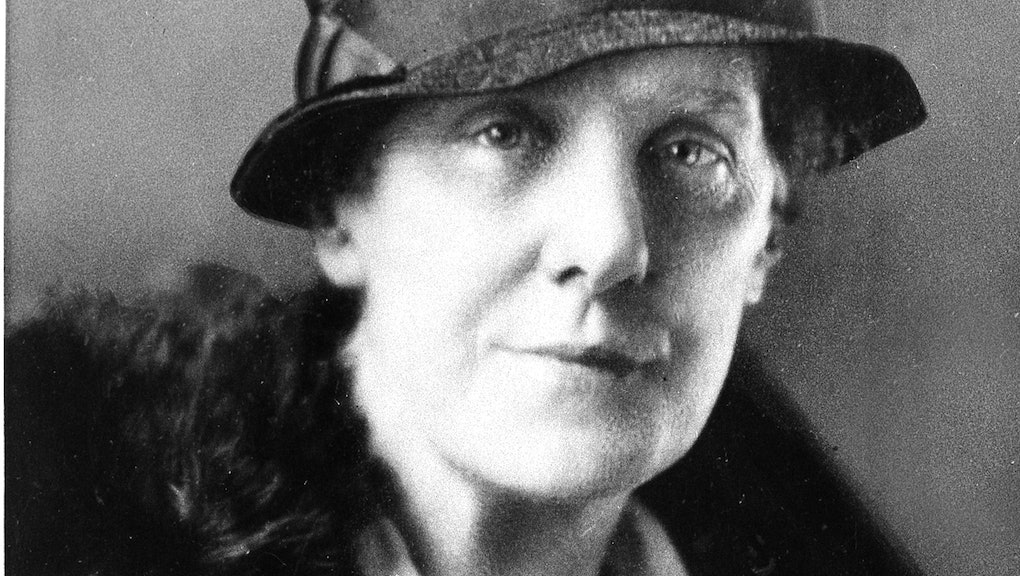 A Simple Explanation of How Mother's Day Started, and Why Its Creator Hated It

Celebrated annually on the second Sunday in May, Mother's Day has taken hold as a popular holiday for many families across the world. Created as a "public expression of our love and reverence for the mothers of our country," Mother's Day became an official U.S. national holiday in 1914 and has been dutifully celebrated ever year since. But the story has a dark history. The woman who worked so hard to establish the day was later disgusted by the commercialism and capitalism that took center stage, and she would lead the charge to abolish Mother's Day.

The history: During the Civil War, a woman named Ann Jarvis cared for soldiers from both sides of the conflict and in 1868, created a committee to establish a "Mother's Friendship Day," which would aim "to reunite families that had been divided during the Civil War."

When Ann Jarvis passed away in 1905, her devastated daughter Anna tried to find a way to memorialize her mother and other mothers like her. So on May 10, 1908, the first Mother's Day events were held in Grafton, West Virginia, and at a department store auditorium in Philadelphia. But in lieu of attending the festivities in Grafton, Jarvis sent 500 white carnations, her mother's favorite flower, which would soon become the official symbol of Mother's Day, worn by sons and daughter to represent a mother's "pure love."

Going viral: Slowly but surely, the idea of Mother's Day spread around the country as Jarvis devoted herself to promoting the holiday. Though she had some initial detractors — in 1909 several senators mocked the idea, including Senator Henry Moore Teller (D-Colo.) who called a proposed resolution "puerile," "absolutely absurd" and "trifling," and said "every day with me is a mother's day" — Jarvis eventually gained the support of the World's Sunday School Association and later the backing of the floral industry, which was happy about the major boom in business it provided each year. Florists around the country sold out of white carnations at record speeds and eventually the change was made to wear red or bright colors to honor living mothers and white for deceased moms.

Commercialism gone wild: Right around 1920, Jarvis turned sour on the holiday, saying that it had become almost entirely commercial, forgetting the original intention of the holiday as being "a day of sentiment, not profit." Lashing out at florists, greeting card makers and confectioners, Jarvis called them all "charlatans, bandits, pirates, racketeers, kidnappers and termites that would undermine with their greed one of the finest, noblest and truest movements and celebrations."

Hoping to bleed the floral industry, Jarvis began printing buttons featuring a white carnation as a better, non-commercial way of honoring mothers. She even tried to trademark the combination of carnations and "Mother's Day," though she was unsuccessful. In an apparently misguided attempt to quell her anger, the Florist Telegraph Delivery (FTD) association offered her a commission on the sales of Mother's Day carnations, but this just made her angrier.

Regarding ready-made Mother's Day cards, Jarvis said, "A maudlin, insincere printed card or ready-made telegram means nothing except that you're too lazy to write to the woman who has done more for you than anyone else in the world," and argued, "any mother would rather have a line of the worst scribble from her son or daughter than any fancy greeting card."

End Mother's Day! To put it lightly, Jarvis started to go a bit crazy. She devoted all of her time trying to destroy the thing she had worked so hard to create in the first place. Jarvis was thrown out of meetings of the American War Mothers kicking and screaming and was arrested to attempting to stop the sales of carnations. She spent her later years canvasing the streets of Philadelphia trying to collect signatures for a petition to end Mother's Day. Eventually, Jarvis became a recluse and hoarder and spent her last days in the Marshall Square Sanitarium mental asylum in West Chester, Penn., until her death on Nov. 24, 1948. Part of her medical bills were paid for by a group of grateful florists.

Jarvis' complaints are still echoed today. The holiday has become almost entirely commercialized and focused on cards, flowers and brunches. But on Monther's Day, try to remember the original point of the holiday and do what Jarvis recommended: a simple visit home or a long, hand-written letter to your mother.