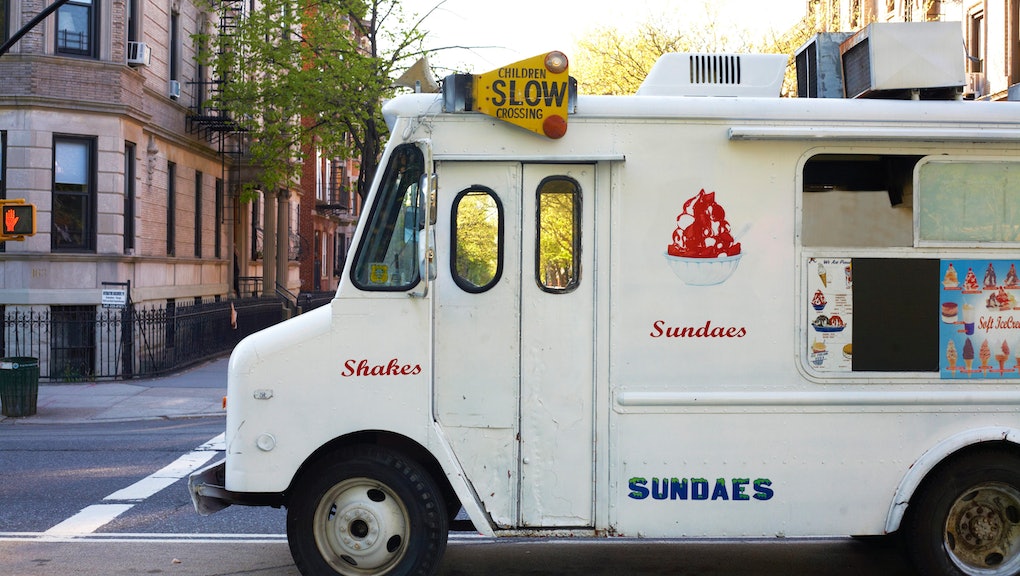 The news: You know that famous jingle you hear as the ice cream truck is approaching? The one that signals the imminent arrival of delicious frozen treats? Well, the next time you're licking your way through two scoops of mint chocolate chip on a waffle cone, think about this: That famed song is based on one of the most virulently racist songs of all time, a March 1916 Colombia Records minstrel song by Harry C. Browne titled "[N****] Love A Watermelon Ha! Ha! Ha!"

Southern California Public Radio's Theodore R. Johnson III came across the song while researching racial stereotypes. Almost skipping over the song entirely, he found himself "curious how century-old, overt racism sounded" and got a shock. "[N****] Love A Watermelon Ha! Ha! Ha!" carries the same melody as the ice cream truck jingle that still rings throughout suburbs and city streets today.

How can you be sure it's the same song? Johnston was unpleasantly surprised by the find, but wasn't convinced that the two songs were directly related. So he did some digging and found the original melody belonged to the early 18th-century song "Turkey in the Straw," which goes back to the even older British song "The (Old) Rose Tree." The song first became associated with anti-black lyrics in the late-1820s song "Zip Coon," which parodied a free black man trying to fit into white urban high culture. (Johnston says that Zip Coon was essentially the city-slicker version of the rural, Southern Jump Jim Crow.)

At the turn of the 20th century, the coon card (depicting stereotypes of black people as lazy, shiftless, watermelon-eating buffoons) was one of the most popular collectibles in the nation. In writing "[N****] Love A Watermelon Ha! Ha! Ha!," Browne simply rebranded the melody and introduced racist lyrics to create a minstrel song that was likely later plundered again when post-World War II ice cream trucks absorbed the minstrel tradition as a unique way of attracting customers and sales.

Johnson writes that, in the U.S., "there is simply no divorcing the song from the dozens of decades it was almost exclusively used for coming up with new ways to ridicule, and profit from, black people."

Wow. That's heavy. This is a reminder that the American tradition is deeply suffused with racism, emerging in unexpected ways and persisting for generations beyond its origins. The American experience with racism has, in one way or another, deeply influenced everything from seemingly-innocuous words and pro sports to the origins of the drug war.

And that historical racism is still alive today. According to the Associated Press, 51% of Americans held "explicit anti-black attitudes" in 2012, up from 49% in 2008, while 56% showed prejudice against black people on an implicit racism test. Fifty-two percent held anti-Hispanic attitudes as well. So as bad a past as the ice cream truck song conjures, America still has a lot of work to do in the here and now.