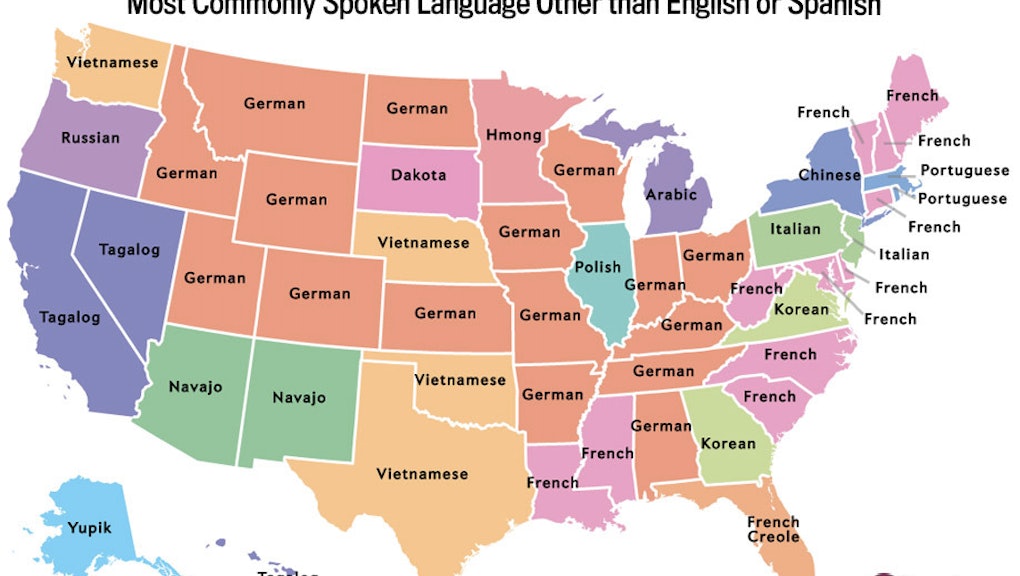 The Most Common Language Spoken in Your State, Besides English and Spanish

The news: Despite growing efforts to make English the official language of the U.S., America's linguistic landscape is only becoming more multifaceted and diverse every year. According to the 2011 American Community Survey, more than 60 million people, or a full one-fifth of the American population, speak something other than English at home, and that number has steadily increased over the past decade.

So what are the languages that are most frequently spoken in the U.S.? Slate's Ben Blatt put together a map to illustrate which non-English languages Americans speak at home, and, surprise, surprise, the vast majority of the country — 43 states — is dominated by Spanish-speakers.

But a more interesting question is: What is the most common language spoken in each state, apart from English or Spanish?

Here is the reconfigured (and much more diverse) map:

America the diverse: While these maps help to underscore how prevalent Spanish is, they also show us some surprising truths, and reveal just how diverse the U.S. really is. (Who knew how popular German still is in the Midwest?)

And this is not even counting the 300 other languages heard around the U.S. every day. It's amazing that so many ethnolinguistic groups are able to exist side by side, and these maps are a true testament to America's reality as a melting pot.