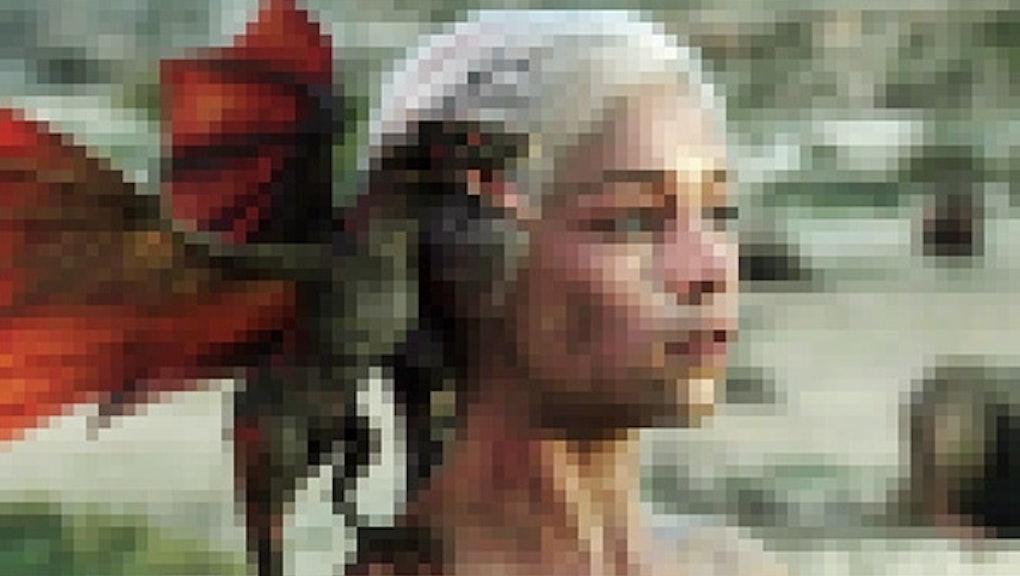 The news: The fight over net neutrality is now escalating into a war of passive-aggressive, strongly-worded letters.

On Tuesday, the heads of 28 telecoms, including AT&T, Cablevision, Comcast, Time Warner and Verizon, sent a warning to the Federal Communications Commission (FCC), arguing that broadband should not be classified as a telecommunication service. If the agency decides to do so, Internet service will be subject to stricter rules under Title II of the federal Communications Act, and will make the argument for net neutrality more powerful.

Obviously that's bad news for the Internet service providers (ISPs), who want the freedom to charge more money for premium service to content providers. Now they are responding with a threat: If the FCC applies Title II to broadband, these telecoms simply won't be able to innovate or invest in upgrades, they argue.

And that means your Game of Thrones stream will start to look more like this:

"Under Title II, new service offerings, options, and features would be delayed or altogether foregone. Consumers would face less choice, and a less adaptive and responsive Internet," the letter reads. "An era of differentiation, innovation and experimentation would be replaced with a series of 'Government may I?' requests from American entrepreneurs. That cannot be, and must not become, the U.S. Internet of tomorrow."

The background: Just last week, more than 100 of the biggest tech companies in the world banded together to send a letter to the FCC. The agency is also currently debating net neutrality regulations, which many fear will allow ISPs to arbitrarily hike up their prices. Theoretically, these telecoms would be able to offer a tiered service to websites, charging them more money for faster service.

But while content providers are calling for "a free and open Internet," ISPs are not taking the move lying down. Though they have described the tech companies' letter as "a concerted publicity campaign by some advocacy groups seeking sweeping government regulation," they are resorting to the very same publicity stunt.

That's nice and all, except for that Title II actually does have much to do with an open Internet. The fact is, the vast majority of the American broadband market is controlled by the same handful of telecoms; without some oversight, they have the ability to issue and make good on threats like the letter above. And if you've forgotten, Comcast has already the pulled the move on Netflix, holding the company hostage with slower service until it ponied up more cash:

What will happen next? The FCC has two major proposals to consider right now: 1) reclassifying broadband as "common carriers" under Title II, and 2) allowing ISPs to charge more for premium access to content providers.

FCC chairman Tom Wheeler has backed the "fast lane" proposal in the past, but he has recently amended his stance in the wake of intense criticism. Earlier this week, he assured that while he is still behind the general idea of premium access, the agency will "scrutinize the deals to make sure that the broadband providers don't unfairly put nonpaying companies' content at a disadvantage."

But there are no details on how the FCC can actually ensure that ISPs are not squeezing out content providers, especially startups, that cannot afford to pay more for the fast lane. And given congressional opposition (mostly from Democrats) against reclassifying broadband under Title II, that proposal doesn't look like it's going anywhere either.

That's bad news for content providers, but the true loser in this scenario is the customer. Companies that decide to opt in to the fast lane will invariably transfer the cost to customers, which means that the public will have to pay the price for competent service. And for those companies that stay in the slow lane — well, you know who to blame the next time House of Cards takes a billion hours to load.