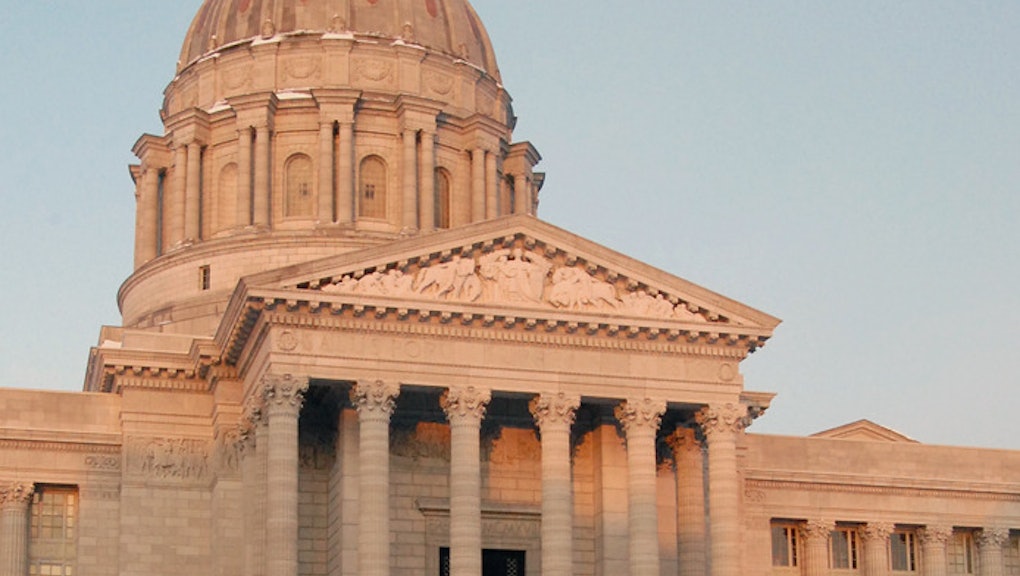 Women's bodies are under attack in Missouri. State officials have proposed legislation to extend the waiting period for abortion from 24 to 72 hours. If they succeed, Missouri would join South Dakota and Utah as the three states with the longest waiting period in the nation.

Missouri's state senate has already approved of the legislation, 22-9, and it subsequently passed in the House of Representatives, 111-39. It is now on Governor Jay Nixon's desk.

If signed into law, the legislation would make abortions so inconvenient for many women that they would be forced to seek out-of-state options. Which is exactly the point. The conservative rationale behind this legislation is to limit access abortion to the point that it becomes impossible. As ThinkProgress' Tara Culp-Ressler notes, "A three-day waiting period would pose a significant burden on women ... They would either need to pay more money for lodging for several days, or make two long trips back and forth. There’s also a possibility that women will opt to cross the border to Illinois to access services in a shorter time frame. If that becomes the norm, Missouri could effectively become an 'abortion free state,' handing anti-choice activists a significant symbolic victory."

Pieces of legislation like this one, which do not explicitly prevent abortion, are understood by advocates as chips of a larger game plan in the pro-life movement, which aims to to make all abortion illegal. Conservatives claim that extending the waiting period liberally offers a woman time to reconsider her decision; as Representative Charlie Davis explains, "[I]f we can protect the life of one unborn and maybe have a lady reconsider and be pleased she decided to not have an abortion ... it is good." During this waiting period, of course, women are provided medical information about the fetus, including an opportunity to see an ultrasound and to hear the heartbeat. They are also as given information about alternatives to abortion.

However, research has shown that in fact, waiting times don't actually change women's minds when it comes to abortion. They just make it more difficult, as if it wasn't already difficult enough, to get an abortion in Missouri. As it stands, there is only one facility — Planned Parenthood St. Louis — that performs abortions in the state. This legislation, just 1 of 30 bills filed in the state this year assailing a woman's federal, legal right to an abortion, is effectively directed at this single facility.

In addition to restrictive and difficult access to the state's single abortion provider, women face the financial burden of paying for the entire procedure because both private and public insurance in Missouri are prohibited from covering the cost.

Taking a cue from their sisters in Texas, who, led by State Representative Wendy Davis, last year created a "citizen's filibuster" in Texas' State Capitol in an attempt to prevent the state's package of anti-choice legislation, women in Missouri have flooded the State Capitol's steps in protest. Their 72-hour protest can be followed on live stream or through its hashtag.

These women, too, are sharing their own abortion stories in an effort to show that abortion is not a decision that women treat lightly, despite partisan misconceptions to the contrary.