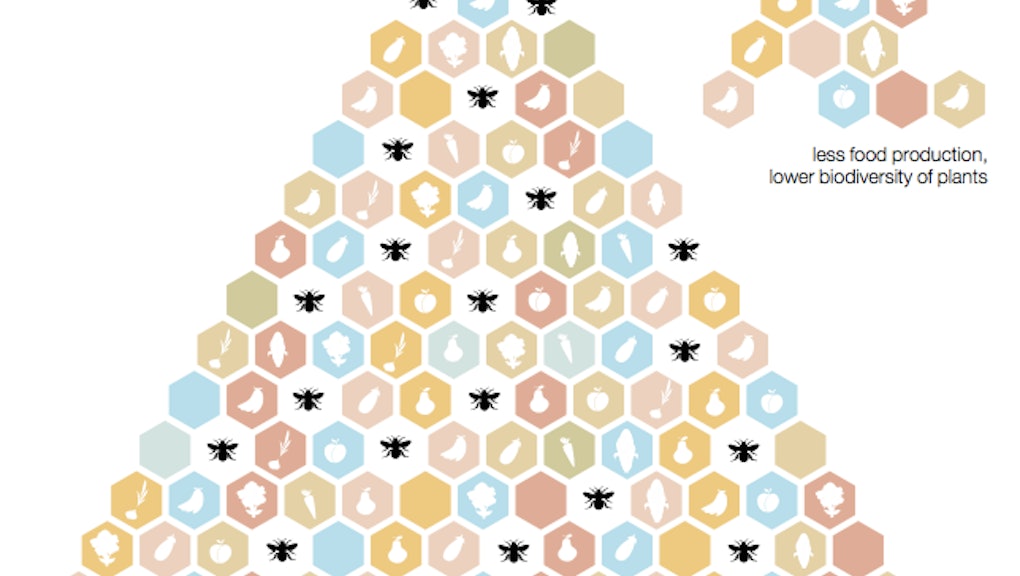 Harvard Study Reveals Our Future Is At Risk, Because We're Killing Off an Unexpected Species

New research from Harvard indicates that a very popular insecticide may be resulting in unintended consequences for humanity's food supply.

Neonicotionoids — among the world's most commonly used insecticides — are wreaking havoc on bees, leading to Colony Collapse Disorder (CCD), a phenomenon in which worker bees abruptly disappear from a beehive or colony. And without bees, we're in big trouble.

"If the bee disappeared off the surface of the globe then man would only have four years of life left. No more bees, no more pollination, no more plants, no more animals, no more man." This anonymous quotation sums up what scientists believe when it comes to bees as an essential link in our food chain. Somewhere between one-quarter and one-third of all the food we eat depends on bee pollination. That, along with their honey production, means a big chunk of global economies and food supplies could be in a precarious place very soon.

Over the past decade, CCD has become a major problem, leading to a 40% loss in commercial honeybees in the U.S. since 2006 and a 45% loss in the U.K. since 2010. It's believed CCD has wiped out an estimated 10 million beehives, worth $2 billion, over the past six years.

In 2007, England's National Audit Office examined data to determine the value of honeybees to the U.K. economy and found that their services equated to roughly $336 million a year. The retail value of what bees pollinate comes out to about $1.7 billion annually.

And that's just for one country. The hit would be much worse when you consider the global scope.

The University of Illinois estimates that in North America around 30% of the food humans consume is produced from bee pollinated plant life. The value of pollination by bees is estimated around $16 billion in the U.S. alone.

The science: In the Harvard research, the insecticide in question led to half the colonies studied dying. Meanwhile, none of the untreated colonies saw their bees disappear.

"We demonstrated that neonicotinoids are highly likely to be responsible for triggering 'colony collapse disorder' in honeybee hives that were healthy prior to the arrival of winter," Chensheng Lu, an expert on environmental exposure biology at Harvard School of Public Health and who led the work, told the Guardian.

Scientists had previously believed that certain insecticides were causing CCD by damaging bees' immune systems, making them more vulnerable to parasites and disease. But the new Harvard data undermines this theory and instead argues that "impairment of honey bee neurological functions, specifically memory, cognition, or behaviour, [come] as the results from the chronic sub-lethal neonicotinoid exposure."

What's most troubling is that the culprit is one of the world's most widely used insecticides; it's undoubtedly going to be very difficult to transition from this chemical any time soon. Neonicotinoids are used in over 120 countries, mainly to boost agriculture production. They make up a quarter of the world's total insecticides used around the world. Neonicotinoids are effective against plant and soil insects, and also used to control fleas on domestic animals.

Save our bees! Some people have taken their own steps to combat the problem. One group started a petition on Care2, "Tell the EPA: Save our bees and crops! Ban toxic pesticides!" SOS-Bees, an off-shoot of Greenpeace, has been rallying behind the movement to save the bees. The EU imposed a continent-wide ban on certain insecticides last year in an attempt to revitalize the waning bee population. Hopefully the rest of the world will take similar action, because if the bee population continues to decline, honey shortages will be the least of our concerns.