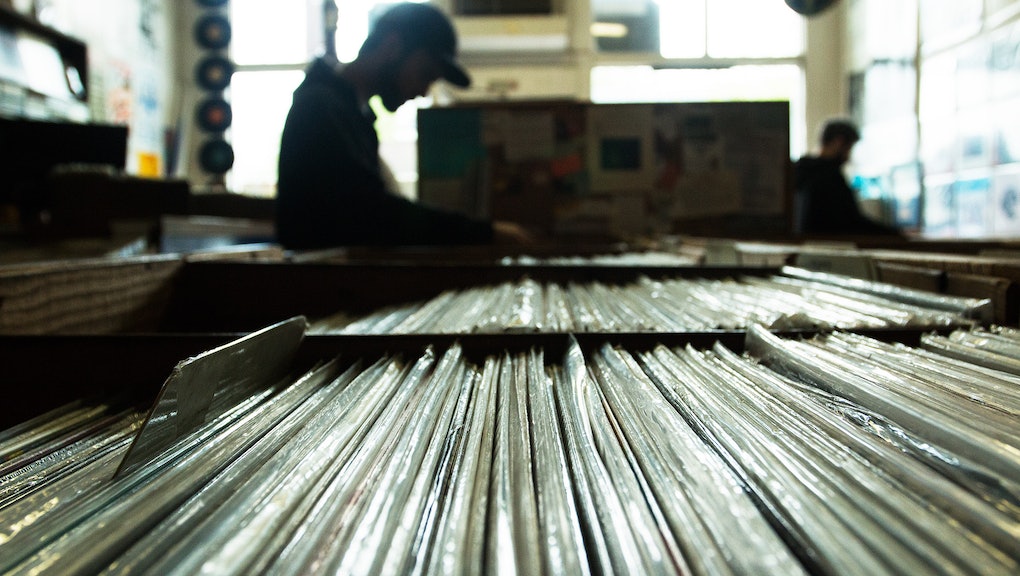 Most record stores have around 10 categories for all the music they carry. The Internet has 1,127. And that number is only increasing.

Enter Every Noise at Once, an epic interactive map of every imaginable genre based on the relationships between different kinds of music. Using over 1 trillion data points about 35,581,352 songs, a brilliant start-up called The Echo Nest (a company now owned by Spotify) is attempting to organize all the world's music into a scatter-plot of every conceivable genre of music. It's kind of like an intelligent musical Library of Alexandria — one that wants to help Wilco fans find My Morning Jacket. But it isn't just a fun interactive — it's a behind-the-scenes look at how a large portion of the Internet chooses your music for you.

Image Credit: Every Noise At Once

Glenn McDonald of music intelligence company the Echo Nest is the project's mastermind. The company's recommendation engine incorporates everything from audio analysis (the tempo of the song, what pitches are involved, its sonic characteristics) to Internet commentary on it (their system is constantly looking through blogs) to how individual users interact with it in order to answer a simple question: What else might you like? McDonald describes the endeavor as an "attempt[ ] to sublimate all that complexity into something you can actually use without your head exploding." While genre distinction is the tip of the iceberg for musical intelligence like this, it's the easiest to understand for those of us who don't pore over data on a daily basis. And that's important because whenever you use Spotify, this is how the system comes up with your next favorite band.

The map functions pretty simply — click a genre title to hear an example; click the arrow next to each title to visit a page that breaks down that genre's most popular artists. It knows about genres that even music fans don't think of as separate genres. Clicking through the enigmatic "Stomp and Holler," artists like Dr. Dog, Delta Spirit and Fleet Foxes appear in a grouping that likely mirrors the playlists many a bearded hipster would simply call "folk-rock." The machines know us better than we do.

The site is a fine demonstration, too, that (contrary to popular belief) the Internet is not killing music. Rather, it's bringing genres that never would have flourished before right to your ears (for example: vegan straight edge, Japanese jazztronica). And while the map does affirm the similarities of many artists often already mentioned in the same breath (Al Green and Bill Withers, for example), it also serves to show that common ground can be found where you least expect it, like within the totally unexpected proximity of contemporary country to Czech rock.

This is a glimpse behind the curtain — a peek at the heart of the kinds of musical minds that are giving a new generation its tastes. While nothing will beat the recommendation of a trusted friend or local record slinger, the Internet is increasingly an unsung taste-maker. Every Noise at Once is a stirring look at the mechanics of our own taste — how, in a machine age, we're re-imaging what it means to love music.