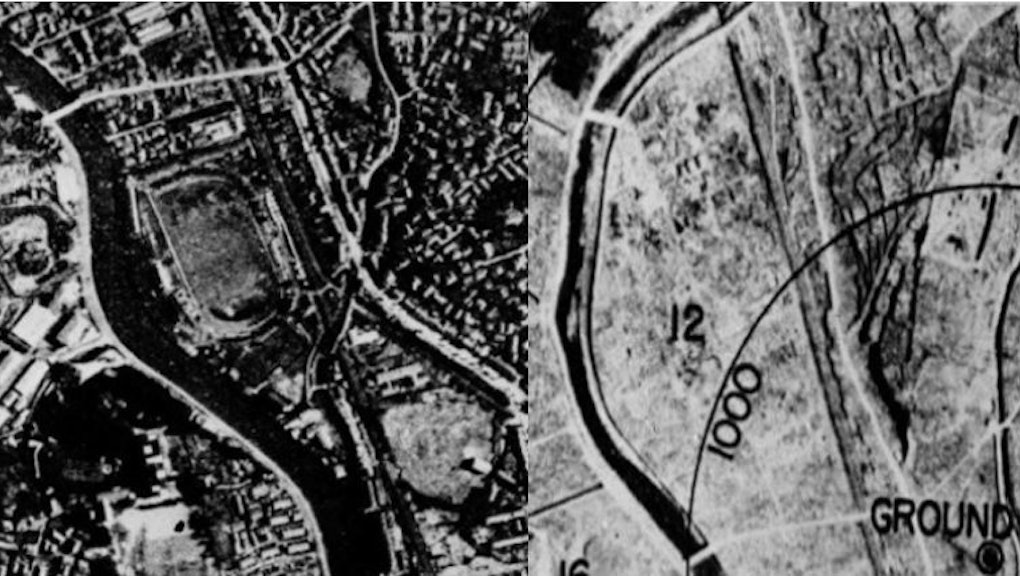 "When a place gets wrecked it does not become ruined alone, it ruins with its people," Syrian writer Khaled Khalifa told Ahram Online, recalling the glories and legacy of Aleppo, Syria that was once considered the twin of Vienna. "It's a sad, soulless city at the moment, and its people have lost all of their dreams."

Aleppo, one of the world's oldest continually inhabited cities and Syria's commercial hub, has become a key battleground in the country's deadly civil war. Historical sites that once stood the test of time through several millennia of insurrection, battles and purge are slowly being turned into crumbling shells by this relentless war. Souk Al-Madina, one of the oldest covered marketplaces in the world, is now in ruins due to clashes between government troops and rebels, who have destroyed hundreds of shops that once lined the stone passageways where food, fabric, spices and perfumes were sold for centuries.

All of Syria's six UNESCO sites, representing at least 2,000 years of history, have been damaged. More than 160,000 people have been killed in Syria's four-year-uprising-turned-civil war, according to the Syrian Observatory for Human Rights, and at least 3.5 million of its citizens have been displaced by the conflict and violence.

"Culture can only really be protected in peace time. When you have open warfare, it is impossible," said Helga Seeden, an archaeology professor in Beirut, to the Daily Mail.

Like Aleppo, there are many other beautiful cities spanning across modern history that have become notorious symbols of war, conflict and destruction. From World War II to the war in Iraq, these war-torn cities have seen their share of horrific, human-caused destruction that killed generations of people and left many of its buildings blackened and scarred through years of fighting.

Here are what nine cities looked like before and after conflict struck them:

Dating back to the 12th century, the ancient Umayyad Mosque of Aleppo, seen above in 2010, is said to be home to the remains of Zechariah, the father of John the Baptist.

Today, the mosque has been left burned, scarred and trashed by fighting, as is most of the historic city. According to Human Rights Watch, the Syrian government has destroyed at least 145 hectares (more than 270 football fields' worth) of neighborhoods since July 2012.

"Archaeological sites in Syria are often on the front lines of conflict and are experiencing heavy damage. Economic hardship and decreased security mean even sites away from the fighting are looted," said Emma Cunliffe, a Durham University Ph.D. student and member of the Global Heritage Network. "This is denying not only Syrians but the world a rich heritage which can provide a source of income and inspiration in the future."

Following World War II, the fallen German capital showed tremendous devastation and destruction due to Allied bombardments and fires that raged for days at a time. High explosives tore through many roadways and, in some cases, even exposed the underground railway.

From the very first day of WWII, Sept. 1, 1939, when Germany declared war by launching an air raid on Warsaw, it became a major battleground, witnessing a fair share of conflict and destruction. Following a siege that killed tens of thousands of Polish civilians and destroyed historic monuments and 25% of the city's homes, Warsaw surrendered to the Germans on Sept. 27.

The first photo shows what Warsaw looked like in pre-war days, Oct. 2, 1938 in Poland. The second photo shows the corner of Jasna Street and Swietokrzyska Street on Sept. 9, 1943 during the siege of the Polish capital.

As a repercussion to Polish resistance to the German occupation, the capital city was reduced to ruins in 1944, leaving the city 85% destroyed.

On August 9, 1945, American forces dropped the atomic bomb on Nagasaki around noon, the second attack on Japan in three days and one of the last acts of WWII.

An estimated 80,000 people were killed by the bomb that exploded above the city at 11:02 a.m., levelling the city. The photo shows the city of Nagasaki as a teeming urban area beforehand and then as a flattened, desolate moonscape following the detonation of the atomic bomb.

Kabul is no stranger to conflict. It has seen numerous conflicts and changing of hands, from the invasion of British forces in 1938 and Soviet intervention in 1979, to the Taliban rule in 1996 and U.S.-led invasion in 2001.

In the 1950s and 1960s, Kabul was briefly a peaceful city where modern buildings were constructed along traditional structures and some of the biggest strides were made toward a more liberal, westernized society and lifestyle. The first photo is a general view of a busy sidewalk in Kabul in November 1961.

However, after a series of bloody coups, invasions, uprisings and a civil war that still continues today, these major steps were largely reversed. Here is what Kabul looked like in 1992:

Located in the heart of what was once Yugoslavia, Sarajevo was founded by the Turks when the area was under the rule of Constantinople and was famous for its mosques and minarets.

The Serb siege of Sarajevo in 1992 went on for 44 months, leaving more than 380,000 people without electricity, water or heat due to 330 shells a day that smashed through the city. Serb nationalists laid siege to Sarajevo and occupied 70% of Bosnia within a few months.

Bosniaks, Croats and Serbs ended up fighting an horrific war between 1992-1995 that claimed more than 100,000 lives and divided the once diverse country into carved out ethnic enclaves.

Before World War II, Dresden was known as the the "Florence of the Elbe" and was considered one of the world's most beautiful cities for its stunning museums and architecture.

During the final months of World War II, Allied forces bombed the historic German city of Dresden in eastern Germany from Feb. 13-15, 1945, reducing the city to a smoldering ruin.

The second photo shows August Schreitmueller's sandstone sculpture "The Goodness" from the Rathausturm overlooking the destroyed city of Dresden in 1945:

Formerly known as the "Paris of the Middle East," Beirut, in Lebanon, was known for its beautifully winding streets and charming mixture of French colonial and Ottoman architecture.

However, after the mid-1970s, Lebanon descended into a two-decade-long civil war that reduced most of the city to rubble, transforming the once diverse city into an increasingly ethnically and religiously divided one.

After Israel launched a full-scale invasion of Lebanon in 1982, the streets of Beirut were once again plagued by conflict until Israeli troops finally withdrew in 2000. However, Israeli attacks in 2006 resulted in a 34-day war, including massive civilian casualties and damage to civilian infrastructure.

Bearing the scars of death, loss and misery, many of its damaged buildings are now being torn down in favor of more modern high rises. Here's what the capital city looked like in 1975 as the fighting continued between rightist and leftist elements:

After the Ottoman Empire fought on the side of the Central Powers in World War I, the British captured Baghdad. Iraq remained under the British mandate for the next several decades. During this time, a Hashemite monarchy was established under the British and the country was granted full independence in 1932. However, the monarchy signed an agreement with the British in 1930 which allowed the British to retain military bases and train Iraq's army, which soon "became a breeding ground of resentment" against the British presence.

The Hashemite Royal family and politicians were swept away in a vicious nationalist army revolt in 1958 and the Republic of Iraq was created. Iraq was then ruled by a series of military and civilian governments for the next two decades until General Saddam Hussein became Iraqi dictator and held on to power before the American-led invasion of Iraq in 2003.

The first photo shows a thriving Iraq in 1959 long before the country was swallowed up by the aftermath of the Iraq war, renewed sectarian violence and attacks from al-Qaida and its affiliates. The second photo shows what the Iraqi capital looks like today: