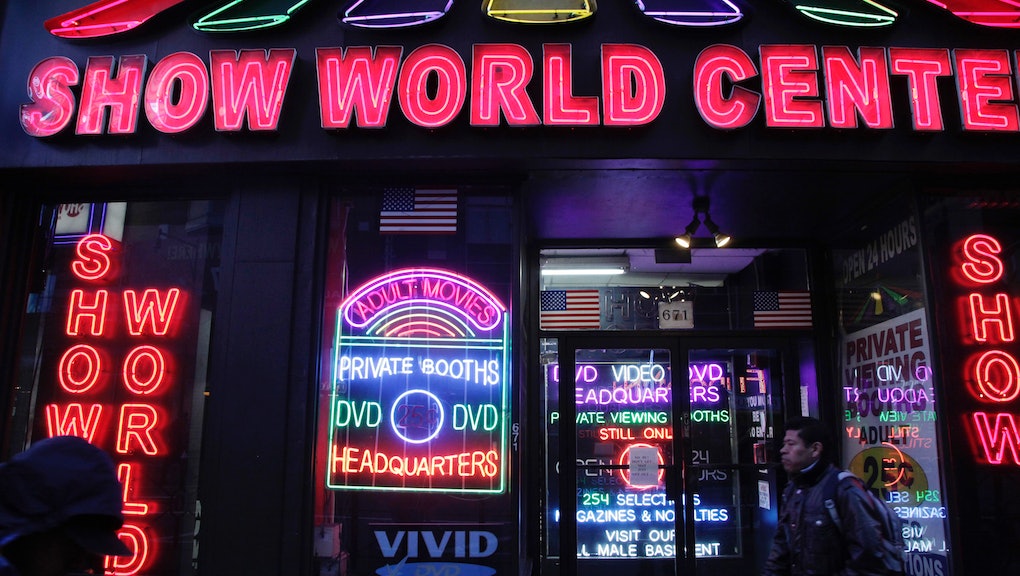 For several years, residents of the Sandy Springs, Ga., have had to leave their city limits in search of sex toys. In fact, buying and selling such items is illegal in Sandy Springs, which is home to around 100,000, thanks to a 2009 amendment to a local city ordinance regarding the buying and selling of "obscene material" in the city. But that may all be changing, thanks to the efforts of one fed-up resident who is suing the city sick of what she claims is an overt and intrusive attempt to police her bedroom habits.

After years of suffering from multiple sclerosis, Melissa Davenport told local television station WSB-TV that intimacy with her husband had become impossible after the disease caused her to lose feeling in her genitals.

"The nerve pathways interfered (with) going to my intimate areas, to the point where I had no feeling," Davenport told the station.

Regaining sensation was impossible until the couple started experimenting with other types of stimulation. Davenport, 44, told WSB-TV that sex toys essentially saved her marriage of 24 years.

Frustrated by the fact that she can't actually buy such toys in her own town, Davenport decided to file the lawsuit to disprove the misconceptions surrounding such devices. According to Sandy Springs ordinance, sex toys are part of a category of materials banned due to the government's need to protect order and morality. "Commercial distribution of obscene material is injurious to public order and morality," the ordinance states. This confirms that "[a]ny device designed or marketed as useful primarily for the stimulation of human genital organs is obscene material under this section."

The only exception to the ordinance is if customers have a bona fide medical, scientific, educational, legislative, judicial or law enforcement purpose for buying sexual devices. While Davenport says she derives therapeutic benefits from sex toy usage, she was never given a prescription for them. And she frankly doesn't see why she should need to.

And Davenport is not the only Sandy Springs resident to feel this way. Her lawyer Gerry Weber has also filed on behalf of Marshall Henry, an artist who wants to use sex toys both for his exhibits and personal use. "People have the right to decide for themselves whether these devices help their intimate life, and the government has no business being (in) the bedroom and second guessing that decision," Weber told the channel.

So far, the success of Davenport's suit is far from assured. The Sandy Springs ordinance is very similar in wording and function to Alabama's own ban on sex toy sales, upheld by the state's Supreme Court in 2009. Writing for the majority, Justice Mike Bolin argued that "public morality can still serve as a legitimate rational basis for regulating commercial activity, which is not a private activity."

On the other hand, Alabama's stubbornness is something of an exception. Sex toy business restrictions were struck down across the region. The Texas law, which made selling sex toys an offense punishable by up to two years in jail, was struck down by the 5th U.S. Circuit Court of Appeals in 2008.

"The state here wants to use its laws to enforce a public moral code by restricting private intimate conduct," the judges wrote. "The case is not about public sex. It is not about controlling commerce in sex. It is about controlling what people do in the privacy of their own homes because the state is morally opposed to a certain type of consensual private intimate conduct."

It's fair to point out here that some states have the habit of keeping controversial laws on the books long after they have become unconstitutional. (Anti-sodomy laws, which are still on the books in 12 states including Alabama, are a good example.) However, the message sent by such laws is clear: Sex toys are obscene, even impure or dirty. In a region under fire for its inaccurate and anti-gay sex ed curricula, such officially-sanctioned opinions fly in the face of efforts to promote healthy attitudes toward sexuality and are both unhelpful, and potentially damaging.