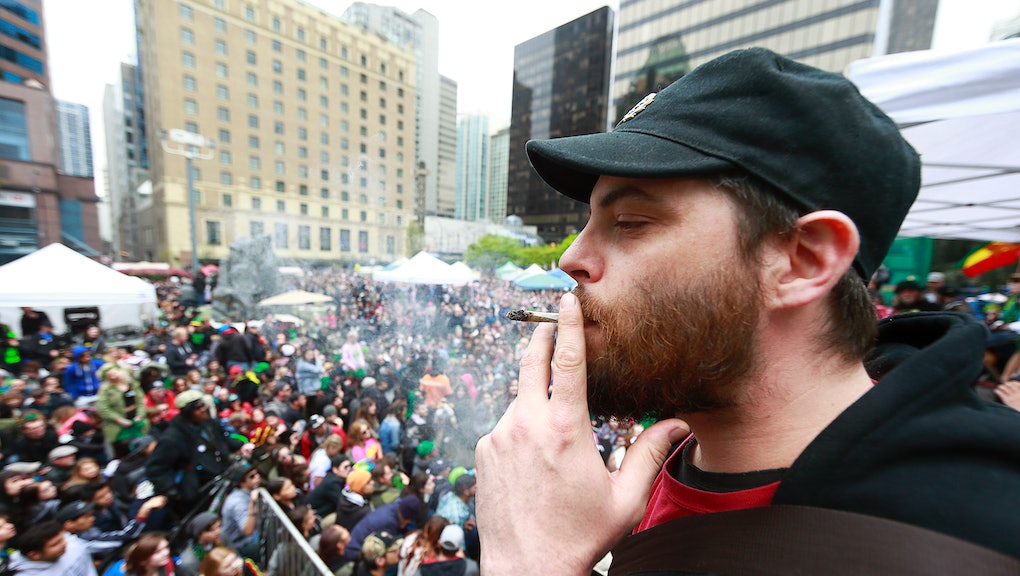 The news: The FBI needs hackers. As the agency deals with more high-profile security hacks and the United States takes a prosecutorial stance against Chinese cybercrime for the first time, the FBI has made it clear that it needs a new generation of talented professionals to join the force.

It's just that, you know, a lot of those talented professionals like to smoke weed in their downtime.

On Monday, FBI director James B. Comey attended a conference in New York and was asked what a pot-loving hacker should do if they are interested in joining the agency. His succinct response: "He should go ahead and apply."

Under current policy, the FBI will not hire anyone who has smoked pot in the past three years. But Comey is acknowledging that as an outdated prerequisite, especially at a time when lighting up is a perfectly legal activity in two states.

Beggars can't be choosers: That's a bold statement from the head of a federal criminal agency. But the reality is the FBI needs talented hackers more than hackers need government employment. The Congress has authorized the FBI to hire 2,000 personnel this year, many of whom will focus on cybercrime. And it has become increasingly clear that the agency may not be able to afford discriminating against marijuana users.

"I have to hire a great work force to compete with those cyber criminals and some of those kids want to smoke weed on the way to the interview," Comey said. Though he added that the FBI is still "grappling with the question right now" and has not formally changed its policy, Comey maintained that talented applicants should not be deterred by the drug use requirement.

Why this is important: While it may be a long time before the FBI officially removes its marijuana policy, the fact that Comey is even openly discussing the possibility is a huge step toward normalizing pot in American culture.

Though the agency will still likely frown on its employees lighting up on the job, the three-year abstinence period can turn off a big chunk of the population that the FBI is trying to recruit. Pot culture is now an inextricable part of the tech world, and if the FBI can hire hackers based on their talent and not on their drug history, that will be a huge move toward bringing pot into the mainstream.