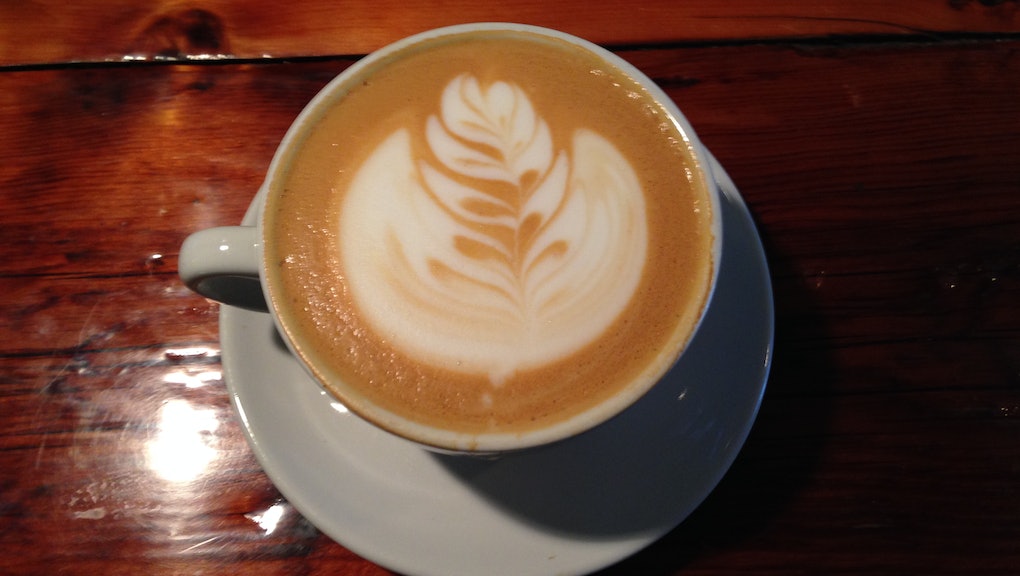 There's Some Bad News Ahead for Coffee Addicts

The news: Enjoy your brew while it lasts. Drought and disease in coffee-rich regions of Brazil and Central America are sending prices skyrocketing — really. Coffee prices are up more than 60% since January, raising the price of coffee arabica from $1.25 a pound at the start of the year to $1.85 right now.

According to Green Mountain Coffee Roasters Vice President of Coffee Sourcing Lindsey Bolger, the problem can't be seen just by looking at the plants themselves.

"If you were to do a drive-by in some of the leading regions in Brazil, you would see what appears to be healthy-looking fruit, and a lot of it," she told NPR. But inside, the beans aren't fully formed, appearing twisted and misshapen — leading to the term "origami beans."

If that wasn't bad enough, leaf rust has been attacking coffee crops in Central America and Peru, seriously damaging production.

The anticipated drop in supply led to a bidding war in January. Steadily rising prices were evident by March, and the price increase shows no signs of reversing anytime soon.

Some coffee traders expect it to hit $3 a pound.

This is all at the same time consumers in emerging markets like Brazil, India and China are developing a taste for quality coffee, swelling consumption rates.

Will I have to pay more for coffee? Probably, but not much.

While the impact on your roast may be muted — a 6-ounce cup of coffee consumes just a few tablespoons of coffee, with the majority of costs falling in labor and logistics — the price of a cup of joe may go up in the near future. Additionally, Quartz mapped the world's largest coffee consumers, finding that Americans aren't even close to being the highest per capita drinkers. Scandinavians and others in Northern Europe, however, may be SOL. The Netherlands drinks 2.4 cups of joe a day per person, about the same as the U.S., U.K., Spain and France combined.

Starbucks has already purchased enough coffee to run for the time being, but it's decided to stop buying more aside from already-established deals in an effort to limit expenditures. Instead, they're going to wait until the price stabilizes.

"Our strategy is stability," Starbucks' head of coffee Craig Russell told the Wall Street Journal. "To have stability, you don't chase the market."

According to Quartz, coffee is already one of this year's high-yielding assets, generating 87% gains.