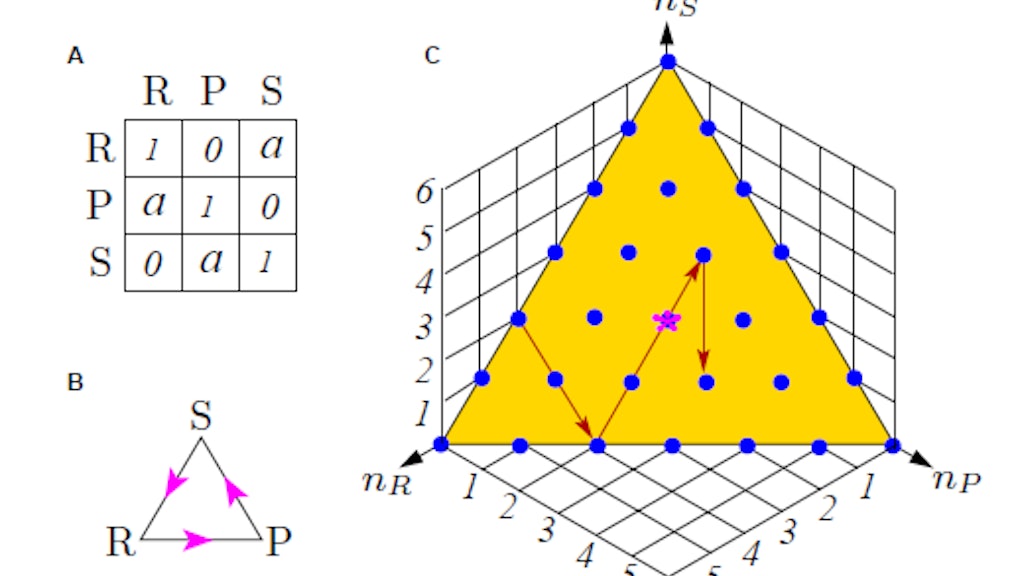 Mathematicians Have Determined How to Win Rock-Paper-Scissors Every Time

The news: It's impossible to consistently win in a pure game of rock-paper-scissors, right? The best you can do is guess randomly, hoping that the statistically even odds will work out slightly in your favor.

Game theorists have basically hacked rock-paper-scissors and may have ruined it forever. Researcher Zhijian Wang at China's Zhejiang University and his colleagues have demonstrated that people actually follow a pattern when playing the game, allowing anyone to become an absolute bet-ruining beast in a matter of seconds. From MIT's Technology Review summarizes the experiment, which sorted 360 students into 60 groups of six players who played 300 rounds each:

"As an incentive, the winners were paid in local currency in proportion to the number of their victories. To test how this incentive influenced the strategy, Zhijian and co varied the payout for different groups. If a loss is worth nothing and a tie worth 1, the winning payout varied from 1.1 to 100."The results reveal a surprising pattern of behavior. On average, the players in all the groups chose each action about a third of the time, which is exactly as expected if their choices were random."But a closer inspection of their behavior reveals something else. Zhijian and co say that players who win tend to stick with the same action while those who lose switch to the next action in a clockwise direction (where R → P → S is clockwise)."

Whoa. Yes — assuming that Chinese players are the same as Western ones, you too could exploit these patterns to gain a significant edge in rock-paper-scissors. Or if you're a stupid teenager, you could basically ensure your friends never have children again by gaming a few rounds of rock-paper-balls.

Here's how the perfect strategy works:

Round 3: Don plays scissors, I play rock. Now I own your house, Don! Get out.

There's no guarantee that using the strategy will invariably result in success. But against a generic opponent, it should easily boost the odds of victory.

Practical implications: Zhijian's team operates in a field of study called game theory (the study of strategic decision making, usually depicting decisions as a series of rational choices made in cooperation or competition with others). The most notable question in game theory is the prisoner's dilemma, which tries to explain why two individuals may not cooperate even if it is in their best interests to do so.

The pattern that Zhijian's team discovered (winners repeating their strategy, losers moving on to the next strategy in the pattern) is called a conditional response. They theorize that since players are generally aware that a random strategy minimizes their chances of losing, the patterns players fall into are a kind of acquired reflex. In this case, it's following the name of the game.

And though game theory is a highly-complex, technical field of study, it does have real-life, every day implications and uses. Business Insider suggests practical applications range from salary negotiations to poker and car purchases. It's also proven useful in designing auctions by demonstrating the best outcomes actually arrive when the second-highest bid is the winner. But there are limitations to what game theory can do, specifically in very complex situations with many moving variables, like international relations.

In our rock-paper-scissors example, there are some big caveats: Now that the method has been revealed, everyone will attempt to use it. So what could have been our little secret is now primed to cause your inevitable attempt to smugly one-up your friends to quickly fall apart.