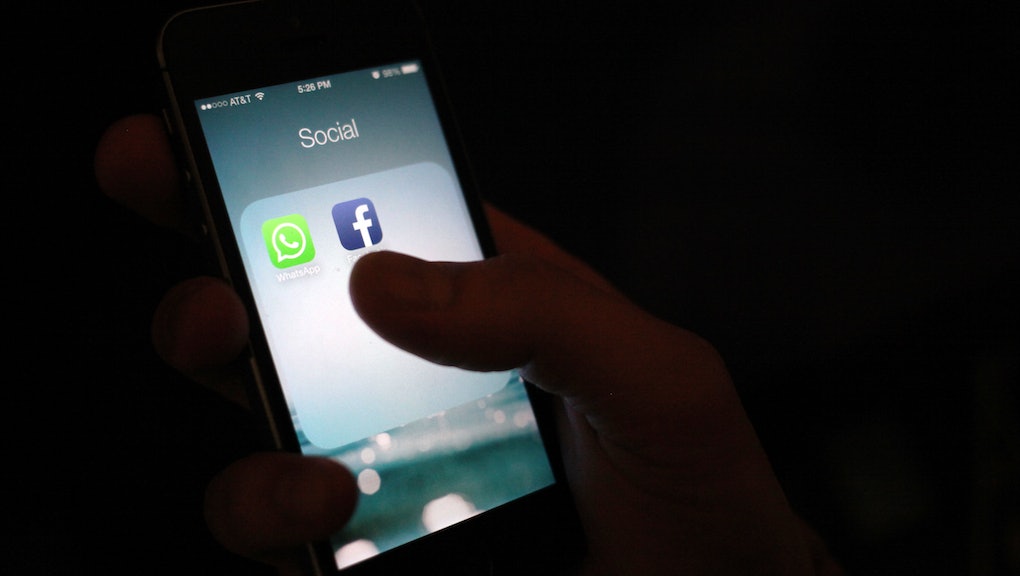 The news: Sometime soon — likely within the next few weeks — iPhones are going to start recording everything it can pick up when users post a status update as part of its ever-growing quest to compile as much information on you as it possibly can. The new tool will automatically pick up on whatever you're watching or listening to and ask you to append the band or TV show to your status.

Here's how it works, described by The Verge:

The latest version of Facebook for iOS and Android automatically recognizes the song you're listening to or TV show you're watching and adds it to your status. The Shazam-like feature is called "audio recognition," and starts listening as soon as you start typing a new status. There's no need to tap "Listening To" or "Watching" in the status-creation screen. You can opt in to the feature for the first time by tapping a new button inside the status window. When there's a match, a badge pops up over Facebook's feelings button, a small smiley face.

According to Facebook, they've already seen over 5 billion statuses with emojis or activities added. This latest feature update makes total sense for the company, providing both a new layer of activity to engross Facebook's userbase and endless monetization possibilities. Links to TV show or movie pages appear in statuses which used to just be plain text. And Spotify, Rdio, and Deezer previews appear when a song is recognized, depending on which app you've used.

So far, it can only recognize 160 U.S.-based TV channels and a few million songs, far behind Shazam, which employs hundreds of people to do pretty much the same thing.

All of this serves to maybe make Facebook a little more feature-complete and possibly generate a ton of revenue for the company, but it also requires you to overlook the titanically creepy nature of letting Mark Zuckerberg eavesdrop on you every time you post a status.

Is it that bad? So far, Facebook claims that the app isn't capable of listening in on your conversations. And to be clear, it's opt-in, not opt-out.

"We can't identify background noise and conversation," the app says before turning on. "Sounds are only used to find a match and are never stored."

Valleywag, however, was a little unconvinced. They talked to a Facebook rep on the question of what happens to the recording, calling their data-storage policies "completely inscrutable":

"The rep told me 'if the feature finds a match and you do not post [a new status update], we only save that the content was matched in an anonymized and aggregated form.' No elaboration was provided as to how your sound recordings are anonymized and aggregated — there are a lot of ways to deploy those words and have it mean pretty much squat. I asked for clarification on how information you didn't use — say, your phone starts recording the TV show you're watching, and you change your mind because you don't want your friends to see you're watching USA reruns at noon. Even then, the recording is retained, but in a 'form that isn't associated with you.'"

That's a lot of audio data to be just processed through Facebook with no clear limits and a policy that just boils down to "trust us." And there hasn't been an accompanying update to their privacy policies to match the new feature.

Should I care? As creepy as this is, you don't necessarily have to worry about the NSA peeking in on your Facebook audio logs. They're way past that.

As for the rest of it, who knows. Facebook already knows where you live, where you work, all your contact information, who your friends are, your political views, and even who you're hooking up with. So a 10-second clip of "It's Raining Men" associated with your account probably isn't your privacy-busting line in the sand.

And don't worry. Facebook will soon have you covered with a "privacy checkup" administered by a blue dinosaur. That'll do it.